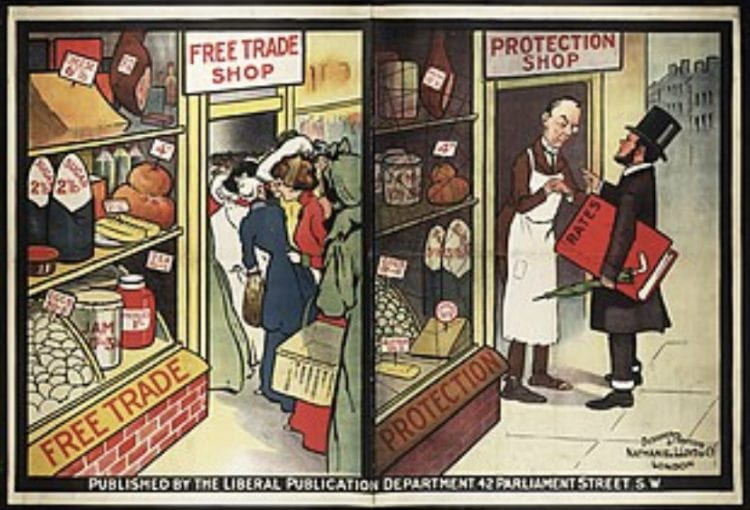 When Donald Trump entered the White House in January 2017 he promised to ‘make America great again’. He managed to capture the hearts and minds of many, in particular those who lived in the so called ‘rust belt’ of America- an area which was once a proud industrial and manufacturing hub of the world. However, by 2016 this was no longer true. Much of U.S industry and manufacturing had been outsourced to countries in the developing world where environmental regulation is minimal and minimum wage legislation is non-existent, making costs of production for firms cheaper. Mr Trump blamed trade liberalisation as a result of globalisation as the culprit, with employment in the rust belt area falling by 35% between 2000 and 2010. As part of his campaign he pledged to regenerate industry and manufacturing in an ‘America first’ fashion. This would involve the hiking up of tariffs against China, a country the new president saw as the enemy, which had so venomously undercut U.S firms through cheaper production costs. In 2018, a 25% tariff was imposed on a wide range of Chinese goods, but Beijing responded with a similar tack, snowballing the two countries into a full-blown trade war. Despite diplomacy between the two superpowers and a temporary truce in December, the tariffs are still in place.

This protectionist approach by Donald Trump makes one beg the question: will this actually benefit the ordinary American?

By hiking up tariffs, the Oval Office hopes to encourage consumers to buy American, as it will be cheaper than the Chinese alternative. This will therefore produce domestic economic growth, as consumption will rise, firms will reinvest their profits, and those who are employed due to greater demand will spend their disposable income elsewhere in the economy, creating a positive multiplier effect. Mr Trump also hopes that by protecting domestic interests and promoting demand for American goods, the rust belt areas will see a resurgence, as firms that once resided in countries with cheaper costs of production will return to the states as they see opportunities to make profit. This will in turn increase employment in these areas, as expanding and returning firms will need workers to fill their factories and coal mines.

How would the fathers of modern economics, Adam Smith and David Ricardo view the actions of the Trump administration? The short answer is that they would almost certainly disagree. Initially, it was Adam Smith, who is commonly referred to as the father of modern capitalist economics, who advocated free markets and free trade, among other things, as the best way to create wealth and make a country richer. He expressed deep concern for mercantilism: protectionist policies that were in place in Britain during his lifetime which aimed to safeguard domestic firms and create a favourable trade balance, prioritising exports over imports. It was a policy that went hand in hand with political absolutism and colonialism, with the colonies supplying their raw materials to the mother country, where manufacturing would occur. Colonial possessions would then act as markets for manufactured goods, with the mother country (in this case Britain) securing a trade surplus. Smith was heavily critical of this approach as it distorted market prices by not allowing the free markets to operate correctly. With no international competition, prices would be artificially high- take for example the Corn Laws that were in place after Smith’s death, which caused many in Britain to starve due to the high food prices. Smith advocated a free trade approach. He saw trade as a two-way transaction, with both parties benefitting, rather than just the exporter. By engaging in free trade, Smith argued that a country could focus on what it was best at producing and it would specialise in this, making the process more efficient and thus creating more profit and wealth for the nation. A country could then import goods that could be produced cheaper elsewhere-He wrote: “If a foreign country can supply us with a commodity cheaper than we ourselves can make it, better buy it of them…”. David Ricardo, who built on Smith’s ideas in the early 19thcentury stated that free trade would have “a decided tendency to raise the real wages of labour… all capitalists whatever, whether they be farmers, manufacturers, or merchants, will have a great augmentation of profits”. Ricardo theorised the idea of comparative advantage, in which a country should produce what is least bad at. In this case, even if China can produce everything more cheaply, America should produce what it is relatively better at, and therefore it is in the interests of every country to specialise in what it produces. After all, specialisation creates wealth and prosperity, and will ultimately make everyone in the nation better off in the long run.

So, what would Smith and Ricardo offer in response to the President’s protectionist trade policy? They would certainly advocate a liberalisation of trade relations between the U.S and China, with the dropping of tariffs against the Chinese. They would hope that this would end the trade war between the two nations and free trade would be able to make a return. Ricardo and Smith would then encourage the U.S to start engaging at what it is best at, and in the present day this is services. About 80% of it’s output is services, which it exports all around the world, in particular finance and education. It should then import manufactured goods that can be produced more cheaply in China. This approach according to Smith and Ricardo will make America better off in general, and those in the Rust Belt should be helped by the government (who will have increased revenues from a larger tax base) through education and healthcare are provision. This will allow these individuals to become more skilled and allow them to enter the more productive services sector.

This pits Mr Trump’s populist stance thoroughly at odds with pure classical capitalist economics, which sees globalisation as not only inevitable, but also necessary to the world economy. For the sake of not only the American people but also the world, the sooner the trade war ends, the better. 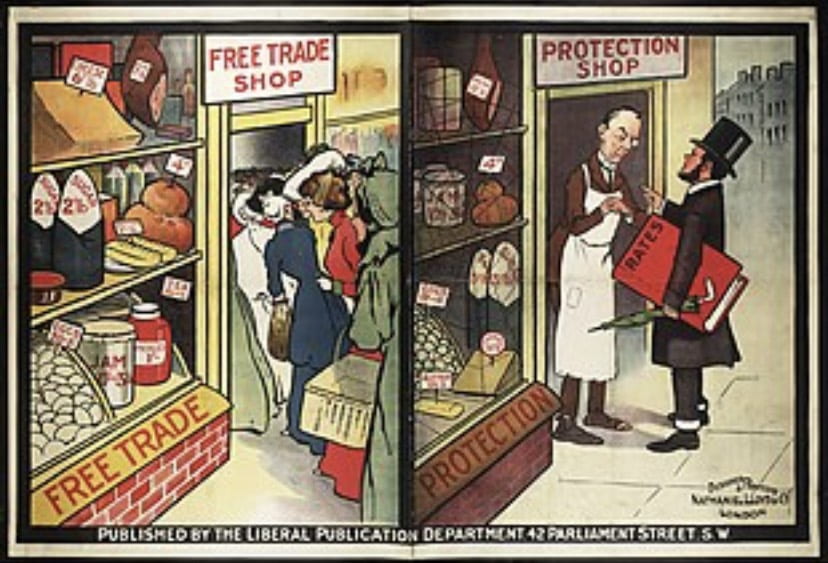