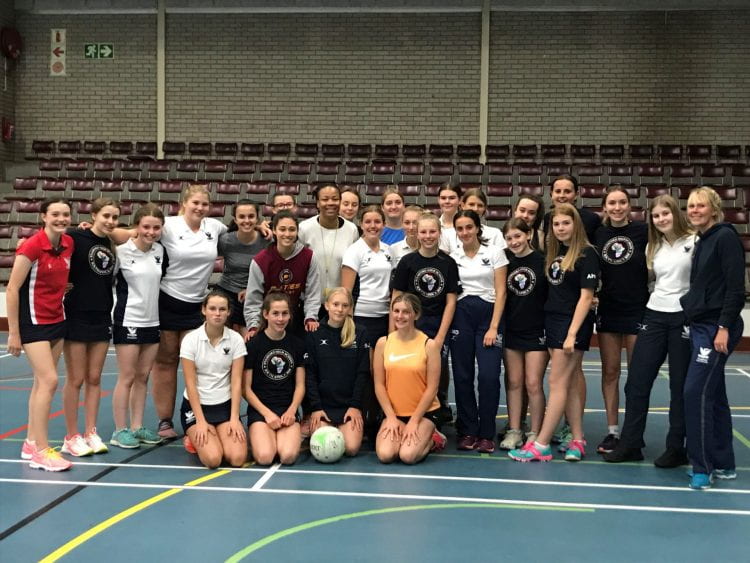 After a long night’s travel, we landed in Cape Town for our two week tour at 11am; spirits were high throughout the group despite having a very limited amount of sleep on the plane.  We stopped off at the local mall to enjoy some much-needed food and were all surprised at the wide range of shops and restaurants that were on offer from Nando’s to local cuisine.  As soon as we left the airport on route to our coaching session in Stellenbosch we were quickly made aware of the segregation of wealth and races with one side being a vast shanty town (township) and the other lined with multi storey complexes, including highly priced houses and the Vodaphone head offices; quite an eye-opener!

We then continued our day with a two-hour training session at Stellenbosch University which had remarkable sports facilities that we were honoured to be training at.  Despite some small showers, which did not dampen the mood, we powered through an hour of netball and an hour of hockey training and worked into the early evening with some serene views of the sun setting over the mountains surrounding the training complex.

First, we had a masterclass from ex- South African netball player, Zanele Vimbela, who was in the winning team against England and Trinidad & Tobago in 2013.  She targeted our more aggressive mentality towards possession of the ball and really fighting for what we wanted, “Treat it as though it’s your own child; you wouldn’t give that away would you?”, enforced Zanele.  This really put into perspective how much you had to want the ball to win not only for your team but for yourself as well. With the netball captain Emily Bates starting the training off with a large group warm up we soon broke off into group drills targeting this approach of possession on the ball from putting your body weight behind the ball in pairs trying to pull it away from your opponent to gradually developing this into knowing when to change your movement towards the ball from an attacking perspective to turning and facing into a defensive movement. We finished off the session by trying an attacking set play from the back line with a focus on always having a player in the pocket of the court and top of the D to allow the best possible feed into the shooters to take the all-important shot.

By this point the energy levels were starting to drop; however, with true Stamford High grit we pushed through and on to our hockey training led by two of the University coaches.  Both coaches had two separate drills set out for us to try. One was for transferring the ball between players to create the space to try and prevent overcrowding of the pitch, especially in the goal scoring quarter where space is key to having the upper hand on your opponent. The other drill was based on removing yourself from being caught in a tight spot of the pitch either caused by the defensive side or a combination of defence and a lacking in pitch space to move into. Use of the V-drag and 3D skills were put into practice to avoid these issues which we will hopefully all use at some point, not only while we are playing here in South Africa, but also as we continue to progress with the sport as a whole.

The day was eventually finished with a lovely meal at the restaurant within the hotel. With many tired faces around the table we still managed to have a good laugh with the waiter who seemed to be enamoured by England. One thing was for sure, nobody would be struggling to get to sleep in the evening all to be ready for day 2… 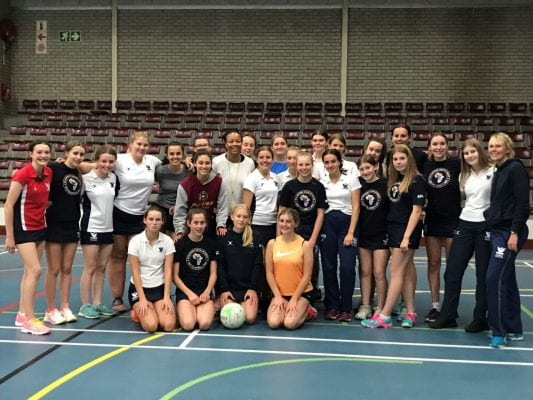