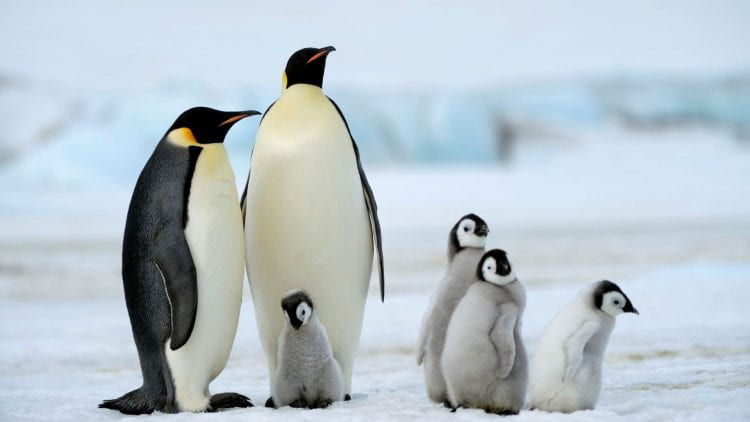 Penguins in the Antarctic

There are seventeen species of penguin, but only five live in the Antarctic: The Emperor, Adelie, Chinstrap, Macaroni and the Gentoo penguins.

Many species of penguin spend most of their lives in large groups of other penguins. A large group of penguins is called a rookery. They do everything together: eating, swimming, hunting and nesting.
Penguins have wings, shaped like flippers, which helps them fly in a way underwater at speeds up to 15 miles per hour. Penguins must keep high body temperatures to remain active. They have thick skin and lots of fat (blubber) under their skin to keep warm in cold weather. They also huddle together to keep warm. Emperor penguins have developed a social behaviour that when it gets extremely cold, they huddle together in groups that may comprise several thousand penguins as well as that their dark coloured feathers on a penguin’s back absorbs heat from the sun, so helping them to warm up too. It is obviously better to be the penguin nearer to the middle than on the outskirts of the huddle as that means their back will be cold. Inside the huddle, temperatures have been known to reach 70 degrees F. Huddling is particularly important, as the penguins don’t eat for a long time and need to conserve as much energy as possible. Even though penguins don’t freeze they do get very, very cold. King penguins may huddle together not for warmth, but to get a good night’s sleep. The penguins can conserve energy when they need to by allowing their body temperature to drop. They also have specialised arteries in the penguin’s legs which can adjust blood flow in response to foot temperature, feeding the foot just enough blood to keep it a few degrees above freezing.

How and what do they eat?
Penguins are carnivores. The Emperor penguins’ diet is made up of crustaceans and cephalopod, but the most important food source is fish, especially Antarctic silversides. They eat as much as six kilograms per day. Emperor penguins can dive to depths of more than 520m to find food—deeper than any other bird.
How do Emperor Penguins look after their babies?
Emperor penguins breed on the sea-ice in very cold conditions. There are no materials to build nests from, but the eggs must be kept warm until they hatch. So, the female who leaves the colony over winter gives the egg to her partner who carefully puts it on his feet and covers it with a skin fold. This way the egg is kept very warm at about 38°C while the outside temperatures can drop well below −35°C. While the females head towards the sea the males stay behind to incubate the eggs. During the winter storms they huddle closely together to keep warm. They won’t have eaten anything except a little snow since they arrived at the colony nearly two months ago and they cannot go out and feed with the egg on their feet.
It takes 65–75 days for the eggs to hatch; by the time the chicks appear their fathers will have fasted for four months. The males rely entirely on the body fat that they laid down during summer to survive the long winter fast. After mating the female emperor penguin will lay a single egg. All other species of penguins lay two eggs. The female emperor penguin will place the egg on the male’s feet to keep warm in his fat folds while she goes out and hunts for several weeks.
When penguin chicks are ready to hatch, they use their beaks to break through the shell of their eggs. This process can take up to three days. After the chicks emerge, the parents will take turns feeding their offspring with regurgitated (swallowed food back up the mouth) food. The way the female finds her mate and chick is that parents can identify their chick by unique calls that the chick will make. 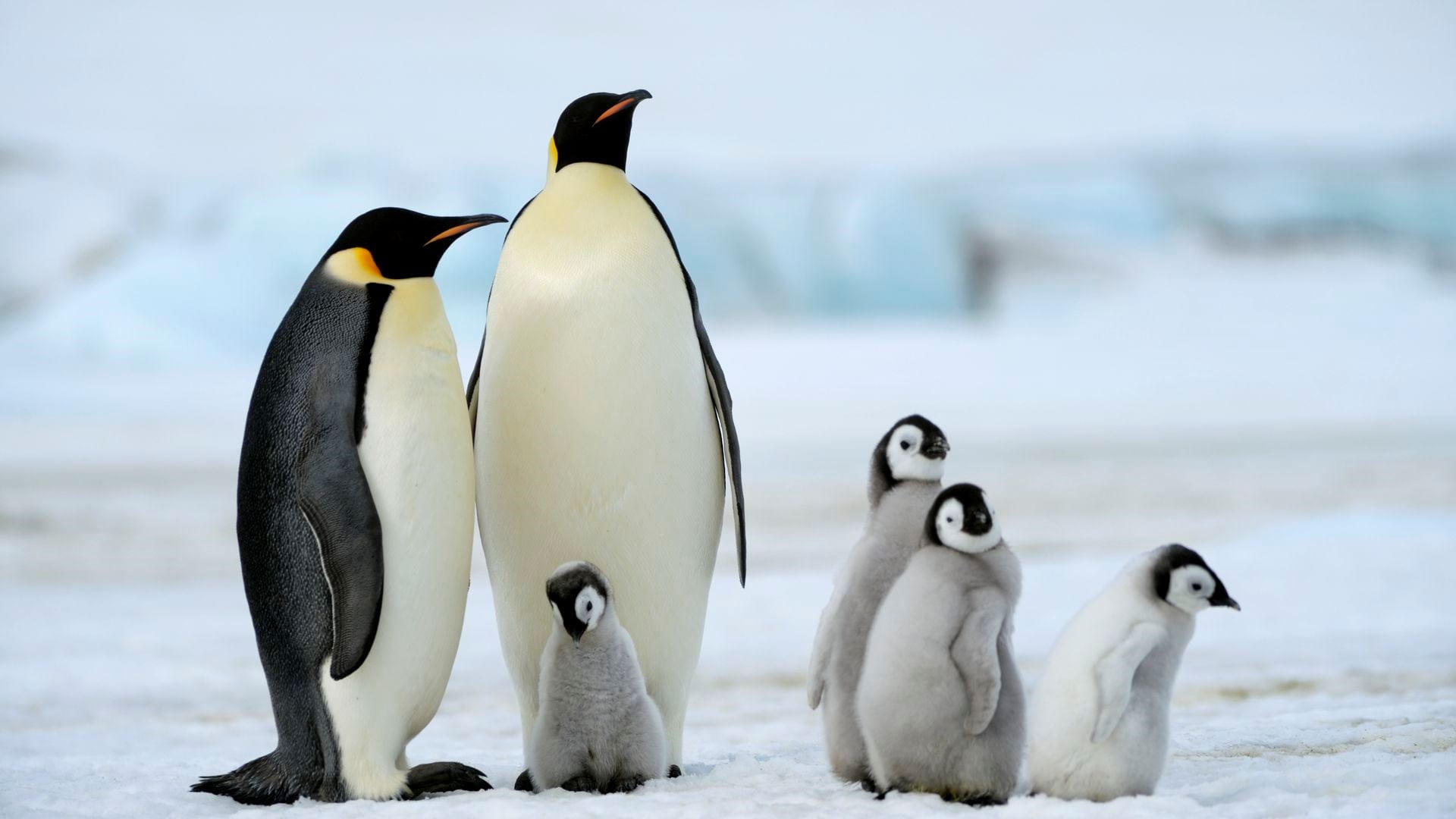 How do scientist study penguins?
Scientists have used small, wheeled rovers mounted with cameras to help study penguins. To check that they were not causing stress to the penguins, the scientist put microchips in King Penguins to monitor their heart rates. The results show that they were slightly less stressed when approached by the robots than when near humans. The animals were so comfortable around the robotic penguin that adult ones sang to it and the babies huddled around it as if it weren’t a robot. As well as that to see if there is a colony, scientists use satellites to see if there is any poo in Antarctica to see if there is a colony there and based on how much poo there is it will tell them how big the colony is.

How will climate change affect them?
Many Antarctic researchers believe that climate change will affect penguins through the quality and availability of food and nesting habitats. The loss of sea ice is harming Emperor penguin chicks and adults. As they breed on sea ice when sea ice breaks up before their chicks have matured and grown their waterproof feathers, chicks are swept into the ocean and are likely to die. For adults, the loss of sea ice can lead to lower food availability which means that for the chicks that didn’t die the adults will struggle in finding food for their chicks and the result in that is increased deaths.