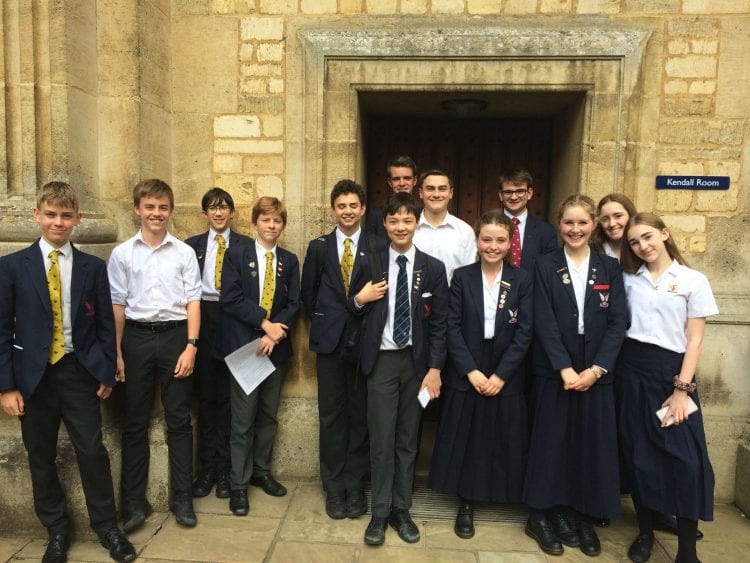 On Thursday 20th May 2019, seven Year 9 Stamford School students and four Year 10 Stamford High School students travelled to Uppingham School for the annual Brettle-Horrocks Taylor Cup. Students from local schools Uppingham, Oundle, Oakham and of course Stamford, competed in four evenly-contested debates. Hosted in the magnificent Lecture Theatre at Uppingham, the debates were carried out in a very professional manner, with the topics ranging from climate change and democracy to families and schools. All the speakers were excellent and as well as making some very valid points, they also spoke with a great deal of clarity and made it very easy for the audience to understand their points. Lots of debates were so well-structured, you could be mistaken for thinking they were professional business people advertising their products, it was so convincing.

In the second debate of the afternoon, Stamford School were up opposing the motion: ‘This House would abolish dairy farms by 2030’. Stamford was well-placed with high-quality debaters Logan Carter and Ellis Wren, and after deliberation they unfortunately lost out to Oundle, but both sides were gracious on either side of the result. Up last, but by no means least, the Stamford High School girls were up, proposing the motion: ‘This house would provide grammar school places in all counties’. Sounding like MPs, Ellie Henry and Kitty Henderson demolished Oakham, with rebuttal points and points of information putting Oakham firmly on the back foot, and they even went on to claim 2nd overall.

All in all, it was a great afternoon which showed how well-placed Stamford are for the future of debating. It was a well-organised afternoon in which all debates were conducted in high spirits and I’m sure we will see more of the same next year. 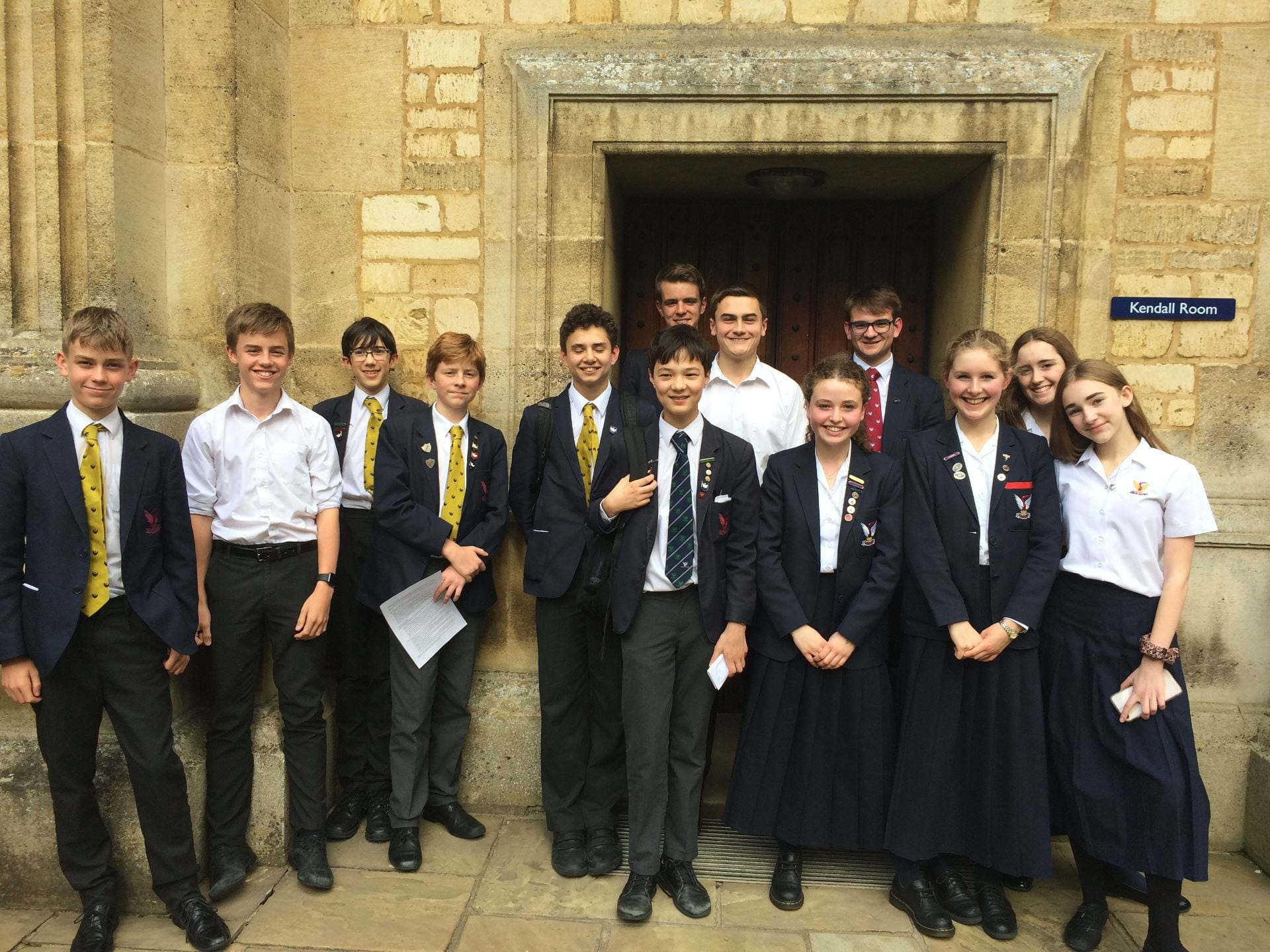