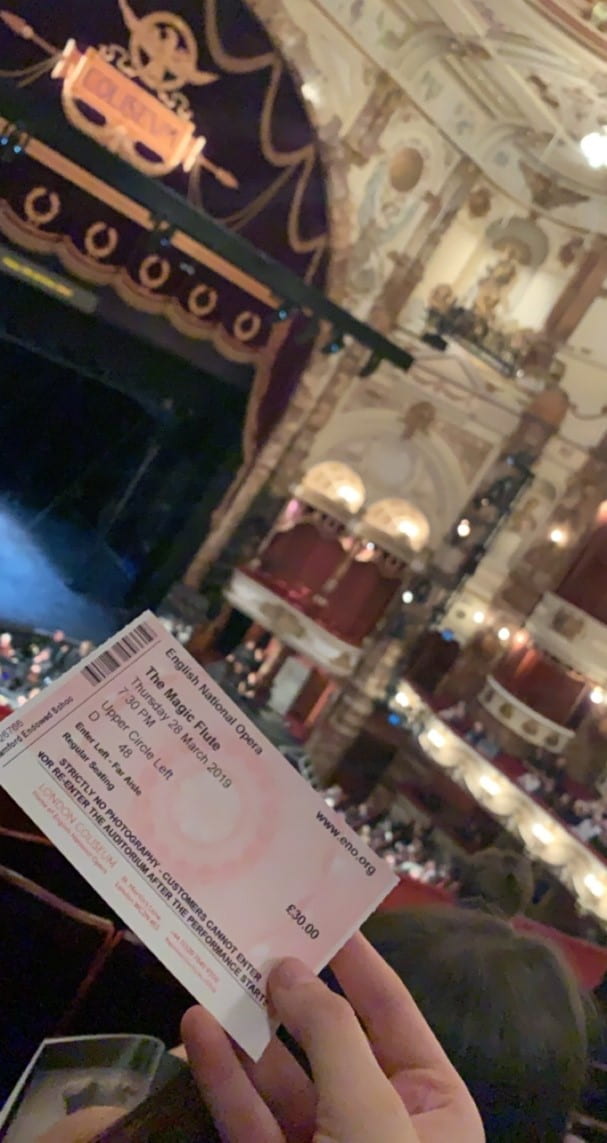 Roughly 30 students traveled up to London to see the English Adaption of “Die Zauberflöte” by Mozart. The journey was a short train ride, and many of us were exhausted after the Burghley Run, which commenced only a few hours ago. Once in London, we scuttled off into Leicester Square to scavenge for some dinner, where places like Chiquito and McDonalds were the favourite places. After a short walk from Leicester Square, we arrive at the English National Opera house, where we would be watching the opera.

Die Zauberflöte, or more commonly known as The Magic Flute, is one of Mozart’s most famous operas. The magic flute is more unusual for an opera as it is a singspiel, where there is dialogue between characters in both singing and speaking. Personally, I was quite excited to watch the opera as two pieces from Act 1 (no 4 and 5) are extracts in the A-Level set works. The synopsis of the opera is Tamino (the prince) is lost in an unknown land and is rescued by 3 ladies, who take him to see the Queen of the Night with Papageano (Tamino’s sidekick.) The Queen of the Night tells Tamino that her daughter, Pamina, has been taken by Sarastro and that to marry her, Tamino must rescue her. Once arriving at Sarastro’s temple, Tamino and Papageano must undertake 3 trials to rescue Pamina. At the end, both Tamino and Pamina are together and Papageano finds a wife, Papagena. 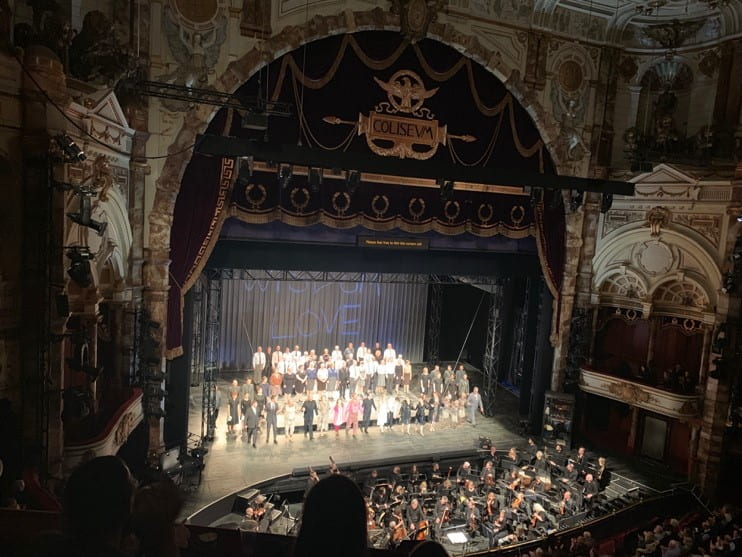 Mozart incorporates the ideas of freemasonry and the age of enlightenment into his opera, with the re-occurring idea of the number 3 and features the core fundamentals of Enlightenment, with reason and knowledge being shown in Sarastro’s temple. The performance was stunning, and easy to understand. What was unique about this performance is that the orchestra was raised out of the pit, so the audience could see both the soloists and the accompiment. Also, the ENO used a gauze curtain to project pictures and introduce the characters of the story, which gave a modern, light-hearted twist onto the original story. 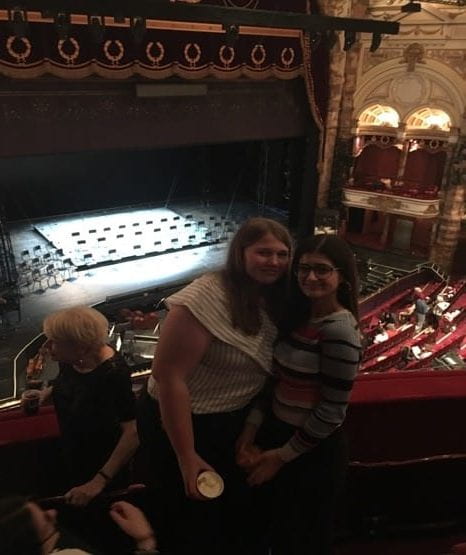 Overall, I would highly recommend the music trip to anyone who is interested in music or likes the dramatic arts as these trips do expand your horizons and inspire you to listen to more music outside of your usual repertoire.