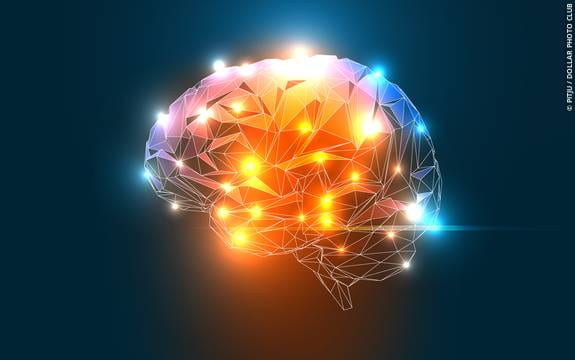 Theories of Intelligence in Psychology

The concept of intelligence is one of the most elusive in the whole of psychology. There are few places else in psychology does so much of the research and theory attempt to define the concept under investigation. I shall be talking about the theories which attempt to define human intelligence, I’ll be focusing on two of the core approaches towards Intelligence. The psychometric approach and the information-processing approach.
The first two theories I’ll talk about are psychometric, which literally means “measuring mind,” they base their conclusions on analysis of test scores and focus on individual differences. But before I talk about these theories I’m going to explain the statistical technique by which psychometric theories base their analysis on.

This technique is called Factor Analysis. It involves comparing the scores of a large sample of participants to find out if one test score is related to scores on other certain tests. For example, if people score similarly on tests A, B, C & D then it can be inferred that all four tests are measuring the same brain function.

In 1904 Charles Spearman factor analyzed the results of children’s scores on various performance tests, such as distinguishing pitch, directions, maths, perceiving weight and educing relations, he found that many tests positively correlated. From this he concluded that every intellectual activity involves both a general factor and a specific factor and that differences between individuals were due to their innate general factors. The general factor explains why people who perform well using one mental ability tend to perform well in others. Spearman believed he’d found the elusive entity which was the innate essence of intelligence. In 1936, renowned, American psychologist Joy Guildford said that “No single event in the history of mental testing has proved to be of such momentous importance as Spearman’s proposal of his famous two-factor theory” This was the basis for almost all psychometric theories on intelligence.

However, one of Spearman’s students, Cyril Burt, wasn’t entirely convinced by this proposal. Although he agreed with the two-factor theory, he felt that it was two simple and that intelligence was surely to be more intricate. So, he and his partner, Philip Vernon, elaborated and extended the two-factor theory by identifying a series of group factors which were split into minor and major sections. The major factors were verbal-educational ability (classroom) and Spatial-mechanical ability (perceptual, practical skills) and the minor factors were subsections of those. A simpler way of explaining it is, imagine on your sheet that, where it says g, it says Academic performance in GCSEs, 1 major group factor may be something like Performance in Sciences, 1 of the minor groups could be performance in physical sciences and then one of the specific factors could be performance in astronomy. Vernon also thought like this and said that g is something all tests measure, Major factors are something some tests measure, minor factors are what particular tests measure and specific factors are what particular tests measure on specific occasions. One educational implication of this model is that, since the general factor is so dominant and it’s innate, intelligence can be measured early on in life and children can theoretically be sorted into their intellectual levels. Which is the basis for the eleven-plus exam.

The second approach towards intelligence is the information-processing approach. This approach see intelligence as the steps or the processes people go through in solving problems. One person may be more intelligent than another because he/she moves through the same steps more quickly or efficiently. Or that they are more familiar with the required problem-solving steps. Information-processing theories are mainly focused on 3 things, How the information is represented internally, the kinds of strategies people use in processing that information and the nature of the components used in carrying those strategies (eg. Memory, inference, comparison) these theories are intended to be universal and at the same time explain individual differences.

An example of an information-processing theory is Howard Gardner’s theory of multiple intelligences. Which is based on 3 fundamental principals

1.) Intelligence isn’t a single unitary thing but is a collection of multiple intelligences which are each a system in their own right.

2.) Each intelligence is separate and independent of all others and

3.) The intelligences interact with each other otherwise nothing would be achieved.

1.) All humans’ posses all these intelligences and collectively they can be considered a cognitive definition of homo sapiens.

2.) Just as we all have unique personalities and temperaments; we also have different profiles on intelligences. No two individuals have the exact same mix of intelligences with the same strengths and weaknesses.

These three theories are core representatives of the current understanding of Intelligence within psychology, there are many different philosophical and biological theories, not to mention the many more psychological ones. I specifically chose these three as they outline the fundamentals of Intelligence.