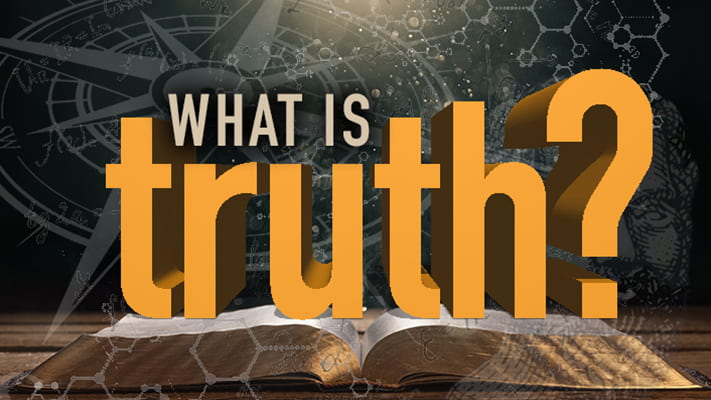 One may argue that truth is a matter of utility – an ideology or proposition is only true if it’s useful to believe. Truth and knowledge allow us to lead our lives in the most practical ways possible. For example: carbon monoxide being harmful to humans has lead engineers to install exhaust filters onto cars. Other than the practical, health and safety connotations, there is no need for that proposition to be deemed true or false – therefore, its utility determines its validity, and vice versa. In his book “Pragmatism”, philosopher William James explains “You can say of it either ‘it is useful because it is true’ or ‘it is true because it is useful’. Both these phrases mean the exact same thing…” In opposition to the traditional idea that truth consists of facts that never change, here truth is not the property of an object, but is determined through the object’s effects on the world. Philosophy professor Kevin Currie-Knight put it this way: he took James’ quotation and formulated a more understandable sentence, linguistically identical to the original – “You can say of it either ‘it produces that effect in me because it is beautiful’ or ‘it is beautiful because it produces that effect in me’. Both these phrases mean the exact same thing…” In the first instance, beauty is the property of the object that is the reason for the effect. Secondly however, beauty is a descriptor and an explanation for why the object produces the effect. James explains that, just as beauty is a descriptor, so is truth. When something appears to be true, that does not mean to say that the idea itself is an absolute truth – this can never be fully determined – but it tells us something about the idea that is essential to our lives; the idea’s utility.

At first, this theory of truth seems largely abstract and leaves a number of questions unanswered – ‘women blink almost twice as much as men’ is not at all useful to my life, but that does not mean it isn’t a ‘fact’, for instance. Noticing these frequent objections to his theory, James consequently expounded the difference between truth and fact. To explain through an example – for millennia people thought the world was flat; this was the common ‘truth’. Eventually, this was disproved and the world was said to be actually round. In reality, the world had not changed, but the ‘truths’ about it had. These truths are not the same as facts, and generally we do not need to know whether truths correspond with facts, so long as the truths are useful. James further exemplified pragmatism with the simple analogy of The Forest Path – there is a man lost in a forest, looking for the way out. He eventually comes across a path; he can either choose to believe that it is the right path to take, and will lead him safely out of the forest, or he could choose to believe that it doesn’t, stay where he is and starve to death. In the end, whichever choice he makes will be proven true. There are two possible truths that could occur in this story, but evidently only one fact – the path either does or doesn’t lead out of the forest; this in itself exemplifies the difference between truth and fact – truth is relative and personal, fact is universal and impersonal. The truths in this analogy arose simply from the man’s inquiry of what would be the most practical action to take, which is exactly what the Pragmatist view of truth is.

One issue that this view raises, however, is that of the infinite regress – that any proposition requires a justification to be deemed true. For example, a Pragmatist would argue that a proposition is true because it is useful to believe. They must therefore also think that a proposition is useful to believe because it’s true. One cannot prove this idea without consulting an external source of wisdom – two statements cannot independently exist to prove each other whilst bearing no conformity with reality or the senses. The correspondence theory of epistemology states that the truth or falsity of a statement is determined by how it relates to the world. Here, another element is introduced that works to prove at least one component of the statement (only one is necessary, due to the interchangeability of the two). This complies with the changeability of truth that was previously mentioned: as the world is always changing, it is understandable that the truths that are stemmed from it are too.

Therefore, we must reason that truth and fact bear few similarities to each other, with truth having the ability to adapt to reality, whereas facts are absolutely universal. Truth is relative to one’s perception of the world, which serves as an external source of wisdom by which truths are proven – as no two perceptions are identical, this insinuates that truth cannot be applied universally, but only personally.

But can truth really be determined by the world around us, and do our senses depict an accurate representation of reality? If so, then all of our senses would have to be infallible at every given moment, which seems a highly unlikely prospect. Optical illusions, trauma and drugs are just a few examples of ways senses can be easily distorted, without you being aware of it – how far can we trust them as an external source of wisdom to prove a statement’s validity? If truths can change, then they must change depending on the direct correspondence of reality; otherwise there would be no valid cause to doubt the truth in the first place. Yet, can reality itself be trusted? Plato’s allegory of the cave manifests his concerns about reality’s validity, or lack thereof, and has insinuated skepticism of the senses in philosophers for centuries; the issue is that we don’t realise that things are false until we know that they’re false. For instance, Plato’s prisoners genuinely regarded the distorted shadows on the wall of the cave to be reality, yet when one was freed then all of his previous beliefs were disproven. Cartesian skepticism teaches that the only way we can surpass this obstacle is to doubt everything we currently know to be true, so that there is no way of being unintentionally misled by falsehoods. When you’re in a dream, you don’t realise you are dreaming – sometimes, it seems so real that you actually mistake it for reality; however, when you wake up you realise that it was all just a figment of your imagination. When one enlarges this thought to depict reality as a ‘dream’ in itself, how can we trust anything to be true? Absolute truths cannot stem from reality, as senses cannot be trusted to be vessels for validity. By this reasoning, absolute truths can be regarded as the same as common facts, and this scrutiny can, and should, be applied to them as well.

As previously summarised, truths must stem from reality –in addition to this, one must carefully scrutinise their source (in this case, reality) in order not to be unintentionally misled by falsities. However, as truths cannot be absolutely proven, they cannot be an essential part of our lives, as whether they’re true or not would have no immediate effect on us, as their absolute validity can never be known.

To conclude, truth’s nature is not necessary in the ways it is widely thought to be – truth will not help us cure cancer, truth will not determine when the universe will end, truth will not find a solution to wars. This is because truths are constantly changing. One day, a new medical treatment could be working – this is the truth for that moment in time – the next day, it could fail. The truth has changed. We cannot, and must not, depend on truths to explain or deduce reality – it will only leave us hurt, lost and even further from the solution than when we began. Truth has other uses – in the bigger picture, they are not so critical, but individually, they are paramount. In my opinion, truth deals with the more sentimental dimensions of our lives and, much like the pragmatists believe that truth is useful, I believe that truth can offer comfort in a way that cold, hard facts cannot. Truth is believing that you’re going to achieve your goals, truth is knowing that a person is going to recover, truth is believing that what you’re doing is going to be worth it – because without these truths, what’s the point? They may not be facts, but they can be truths, even for a little while. It is much like a certain quotation from Dead Poet’s Society, “Medicine, law, business, engineering: these are noble pursuits and necessary to sustain life. But poetry, beauty, romance, love…these are what we stay alive for” – facts: these are noble pursuits and necessary to sustain life. But truths…these are what we stay alive for.