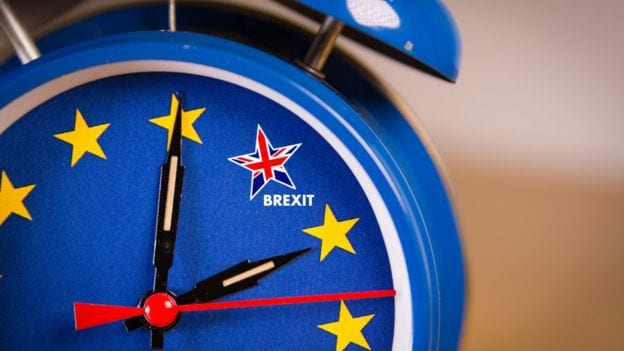 For the past two years all we have been hearing is ‘Brexit’, but what is really going on with Brexit and what will happen to the U.K. after Brexit. Some see it as one of the U.K.’s biggest decisions in recent times and it could be the worst or best decision for the U.K. but simply no one really knows. I am going to be talking and giving some perspective about the various Brexit leaving plans and explaining in detail what it could mean for Britain regarding its wealth, economy, borders and more.

Britain is set to leave the European union on the 29th of March 2019, however a transition period between the complete loss of the U.K. from the European Union will take place, this however does not apply for one of the deals that Britain could get. This will take the U.K. through to December 2020, during this Mp’s will leave the European Parliament but other than that most things will stay the same. Trade, migration rights, EU subsides will basically all stay the same. British tax payers will still have to pay EU bills until the end of this transition period.

After the transition period the U.K. will now be under the leave deal that our Politian’s decide with the EU. So, First there are 4 ways in which the U.K. can leave the European union, there is a no deal Brexit, a Hard Brexit, A Soft Brexit, and a Chequers Deal Brexit they all mean we leave the European Union but the caps on things like trade will vary.

First the no deal Brexit which is what will happen is our Prime Minister cannot agree on a deal with the EU causing the U.K. to plummet out of the EU with no transition period at all. Britain will have to start using standard international trading rules, that could alter the tariffs on our goods that we export and also raise the cost of our imports. British laws would also be separated from Eu ones, tariffs and border checks could potentially come straight away stopping the migration rights of people in the EU into the UK. Experts think that this will cause chaos over the whole of Europe, making an economic crash and huge delays in import and exporting. The worse case of this no-deal is that Britain could become short on medical supplies and even food! The government however have already started to make sure that this doesn’t happen. Another problem is that without any trade deal with the EU, they would have to make hard borders around its countries next to the U.K. such as southern island, this would not be the best ideas as I don’t think the Irish would want to be split even more than they are now. We obviously don’t know what a ‘hard border’ is but we simply don’t know what is would be. The worse part of this border would be the Irish sectarian violence in the north predominantly. There are some benefits however, it would mean Britain would get immediate control over her border, and make its own policy’s on migration. Both the EU and the UK both know that this no deal Brexit would be almost catastrophic. Politicians in the U.K. are starting to think this might occur due to the poor negotiations between Theresa May and the EU.

What many Brexiteers do want however is a HARD Brexit. Most of these who want a Hard Brexit are conservative whilst the SNP, Labour, some conservatives and the Lib Dems want a softer Brexit, and the government are trying to find the mid ground between these two in the deal they want.

A hard Brexit would see the UK make decisive split from EU powers, now Britain’s EU membership includes lots of other thing too such as the Single Market, customs union and courts of justice. Generally, a harder Brexit would see more of these beneficiaries lost in negotiation. This would mean the government has more freedom to create its own rules and regulations, and possibly make trade deals with other countries, so a little perspective, imagine you’re a farmer growing potatoes in Britain for 50pence each, whilst someone in Belgium is selling them for 20pence and looking to import them. A hard Brexit could see huge tariffs put onto these goods to make British business thrive a little more. But if your company relies on the EU to thrive its bad news as these tariffs would make it harder, things such as transport mechanisms I.e. engines, car/plane parts etc. If you build cars but rely on someone in the EU for your parts, it will be harder for you to thrive. The northern island problem in a hard Brexit wouldn’t be bad says MP’s, they would still be able to keep the peace they have today. As long as there is a deal Brits living abroad and EU citizens in the UK should be able to stay depending on the deal. This applies to everyone until the transition period has passed. If you wanted to live abroad completely, a hard Brexit wouldn’t allow this as the freedom of movement in EU countries wouldn’t apply to the people moving. A hard Brexit is likely, but the EU might not agree to it.

So what about a softer Brexit, a Brexit that Labour, the Liberal Democrats and SNP would prefer. A softer Brexit would keep the UK and EU closer, I.e. the softer the Brexit the less things will change. If it was a really soft Brexit, Britain could even stay in the single market which be great for trade, it could stay in the customs union. For British business however it could possibly have the opposite effect to a hard Brexit, so a plane manufacture would have less trouble getting his parts without tariff, but a British farmer selling apples for example would possibly have a harder time dealing with cheaper apples imported from France. So, Politian’s also argue with a soft Brexit that the U.K. could potentially miss out on the ability to make new trade deals on its own, perhaps ones with the US, China or India. The border situation in a soft Brexit would have some slight changes such as air travel when going through customs, the changes in a soft Brexit however should be very minimal. Depending on the type of deal moving abroad could still be as easy as it is now but depending on what deal Theresa May proposes will decide that outcome. In Northern Island a soft Brexit would mean less demand for a hard border so trading would be much easier between the Republic of Ireland and the U.K. Most our trade rules would carry on being aligned with the EU. Looking at this type of Brexit most people would say it’s the best one, but it could promote havoc in Parliament with the people that want to end being so allied with the EU, which is a lot of the conservative party who are in government. A lot of people could see it as the U.K. not fully leaving the EU. Depending on what you see as Brexit it could mean that the institutions of Brexit such as the single market ar’nt actually part of what we call Brexit. Britain could still be bound to most of the EU’s rules. This is why Theresa May is in such a difficult choice on what to give the U. K’s people, as she needs the support of as many MP’s as possible.

Theresa May came with a plan known as the Chequers Deal, under this deal the U.K. would stay reasonably good friends with the EU, and most things would be the same, for instance trading goods the government has said its happy to come up with a common rulebook with the EU, allowing ongoing harmony with the EU, the U.K. would stay within the single market, this would avoid tariffs and delays at the border with its nearby countries, at the same time it still wants a lot more freedom in making new deals with other countries such as China and the US, as for Northern Island Theresa May hopes that a hard border between the Republic and the north stopping potentially hatred towards her in Ireland. Under this Chequers deal everyone would still have the rights to live within an EU country without any worries, the government does say however they would stop freedom of movement as they want to crack down on immigration.

So that’s basically it for Brexit, in the past month Theresa may has attempted to renegotiate her deal and possibly extend Article 50 if she doesn’t manage to do this, then Britain has an immensely increased chance of leaving the EU with no-deal, however more than 220 MP’s have indicated that they want to push alternative plans in their desire to stop no deal Brexit happening. Theresa May continues to push the Eu into her deal as her passed deal was declined by government in the meaningful vote. So that’s pretty much where we are now, at a stalemate with the EU fighting for a better deal for Britain which without, could leave us with no-deal, and a weaker Britain.