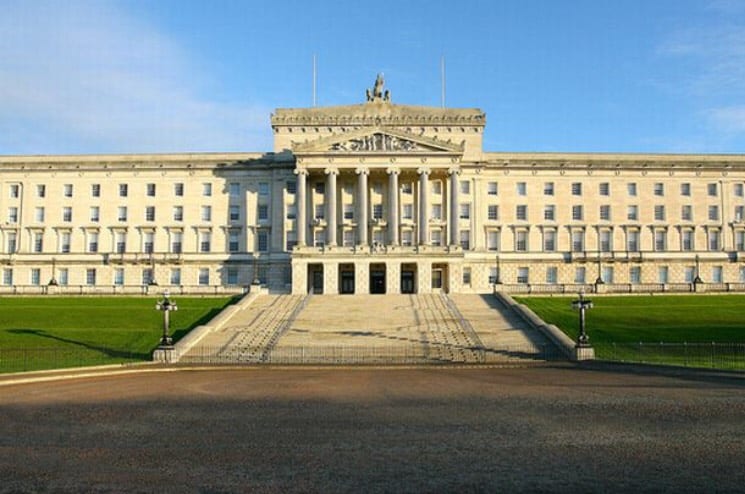 Northern Ireland has a complex history and consequently, this has led to a unique political structure being developed. Assessing Stormont’s ability to govern is impossible without exploring the history of the Troubles, therefore I will address the political progress in Northern Ireland from the signing of the Good Friday Agreement in 1998. During the Good Friday Agreement (1998), signed as part of the peace process, the UUP and SDLP were the two dominant parties and have been described as ‘major players’ in talks throughout the 1990s, for example, John Hume (former SDLP leader) won a Nobel Peace Prize that year with David Trimble (former UUP leader) in recognition of their efforts.

While this agreement established links between Britain and Ireland, through the British Irish Council, for example, additional issues like the reform of the RUC and decommissioning caused major controversy, for example, it took until 2005 for the IRA to decommission, and in 2007 Sinn Féin eventually put their support behind the new policing force, the PSNI. However, since then, both the DUP and Sinn Fein have progressed to being the two largest parties in Northern Ireland and this has proved to be a substantial turning point in Northern Irish Politics. Northern Ireland uses proportional representation to elect members of the Northern Ireland Assembly, a power sharing government. Northern Ireland has five main political parties- the Democratic Unionist Party (DUP), Sinn Fein, the Ulster Unionist Party, (UUP) the Social Democratic Labour Party (SDLP) and the Alliance Party. Arguably, this allows for a more open and diverse political system, enhancing the Northern Ireland Assembly’s ability to fulfil its representative function.

Unfortunately, a power sharing government hasn’t exactly created a wave of success, in fact, our region now holds the world record for the longest period without a sitting government, which it passed after 589 days, today the figure stands at 770 days, therefore, our country has been over 2 years without a functioning executive.

You may be wondering why Northern Ireland is currently in this situation, but if I’m honest, it is a rather complex matter. Many would argue it is as a result of ‘green and orange politics’ in Northern Ireland as the DUP and Sinn Fein have two very opposing and conflicting ideologies which has undoubtedly, contributed significantly to the political impasse. However, this is only one of numerous factors worth considering. Initially, the Northern Ireland Executive collapsed on the 9th January 2017 with the resignation of Martin McGuinness as Deputy First Minister. Due to the fact that the DUP hold the largest mandate, they hold the post of First Minister, with Sinn Fein holding the post of Deputy First Minister, but theoretically, the two roles are a joint office with equal power and therefore, can only exist with absolute support from each other. This complexity is further heightened through the fact that Northern Ireland is a devolved government, with Westminster only remaining responsible on national policy for areas, such as security and foreign affairs, but the political stalemate has enhanced the possibility of Northern Ireland reverting to Direct Rule. Westminster, however, is enduring a period of political instability and uncertainty due to Brexit which could potentially weaken Stormont further if it was a functioning executive.

On one hand, Sinn Fein desire a United Ireland, an Irish Language Act, same sex marriage and abortion to be legalised in Northern Ireland. On the other contrary, DUP are striving to protect the Union, would only accept an Irish Language Act with strict restrictions, and oppose same sex marriage and abortion through their abuse of the petition of concern.

While it is clear to see that there is an immense amount of political rivalry due to an array of controversial issues, it has often progressed into personal rivalry, for example, the DUP’s Gregory Campbell in 2014 said he will not be ‘dictated to or deflected by terrorists’ after receiving a death threat following comments he made about the Irish language. It came after the DUP MP reiterated comments about the Irish language during his party’s annual conference at the weekend.He said: “Curry my yoghurt can coca coalyer” – an apparent reference to the Irish phrase “go raibhmaithagat, CeannComhairle” – thank you, Mr Speaker. In addition, Sinn Fein were accused of attacking the DUP regarding Ian Paisley’s return after apologising for taking free holidays worth up £100,000 in Sri Lanka in 2013.Michelle O’Neill, Sinn Féin’s deputy leader, said he displayed a “gross lack of integrity” and should have been sacked. Scandals like these have deepened the high level of mistrust within the broad political spectrum, to which the Renewable Heating Incentive Scandal has intensified, indeed, according to the BBC it ‘struck at the heart of NI democracy.’

Due to recent evidence, it is now universally known that there were only two civil servants working on this green energy scheme, neither of whom were energy experts. Arlene Foster was Minister for the Department of Enterprise, Trade and Investment during this time period, and Foster has claimed that she is,’ accountable not responsible.’ These scandals are detracting from government’s ability to tackle key issues within our society, such as the increasing numbers of suicide in Northern Ireland, over 300 were recorded in 2017 alone, with 1 in 4 people revealing that they experience a mental health problem. All in all, I believe it is fair to say that Northern Ireland will be incapable of achieving an effective government until new parties who can work together and decipher final versions of policies and legislation step into leadership. In fact, the DUP and Sinn Fein have been described as, ‘a bad marriage keeping it together for the sake of the kids.’