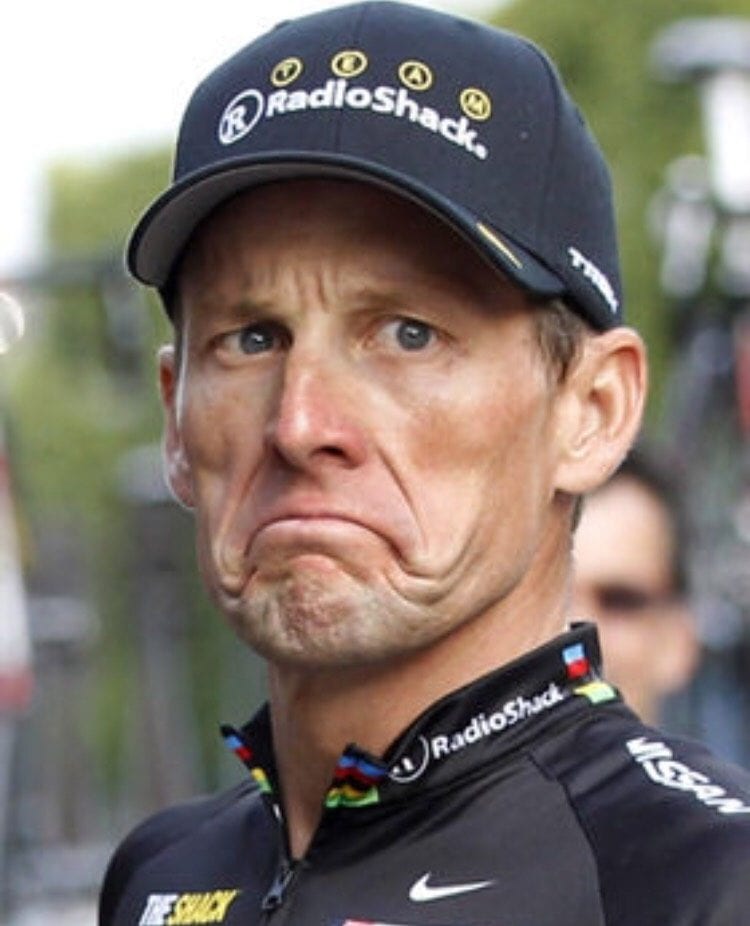 An examination of the use of illegal performance enhancing drugs in competitive sport.

Most people are aware that in sport there are drug cheats, people using substances such as medication to gain an advantage on rival competitors. This is called doping, which is banned by The World Anti-Doping Agency (WADA). Failure to comply with this, results in suspension from sport.

Why are some substances banned?

WADA publishes a prohibited list of banned substances each year, which are:

If an athlete is found taking a substance from this list they have cheated and the athletes sport’s governing body will decide the ban.

An Athlete can dope in several different ways, injections, tablet form or with the help of a qualified doctor who try to cover up ways to prevent an athlete being caught.

An exception to the rule is if an athlete requires a banned substance for health reasons. In these cases, the athlete would need to have the medication prescribed in advance of competition and WADA and the sports governing body would need to be informed.

In this blog I will be exploring if doping is ruining sport. Through:

Sports with the highest percentage of positive drug tests

Cycling is the world’s leading sport when it comes to positive results, with 3.6% of athlete tests found to have banned substances present.

A one reason for this could be that cycling is an incredibly demanding endurance or power-based sport. For example:  mountain biking or riding BMX requires max effort over difficult terrain, track cycling require a huge amount of power and speed and road racing means you are in the saddle for about 200km a day with regular mountains and high altitude. Therefore, the temptation to cheat is higher as the illegal substances allow you to train harder and recover quicker.

Another reason could be that since the late 2000s,  greater efforts and money has been ploughed into cycling to clean up the sport, resulting in once cycling heroes; Lance Armstrong and Alberto Contador being caught and turned into outcasts of the sport.

Weightlifting and boxing also have a high percentage of athletes who cheat. A possible suggestion for this; is that weightlifters needing to build muscle strength quickly and are more susceptible to injury. Some banned drugs offer quicker recovery from injury but the side effects can risk the athlete’s life. A contributing factor in boxing is linked to  the high percentage of recreational drugs found in athletes, leading to their ban.

State sponsored doping is when the country actively encourages it’s athletes and coaches to dope. Just before the 2014 winter Olympics in Sochi, state sponsored doping in Russia started. This is not exclusive to winter sport but across many sports in Russia. Unsurprisingly, Russia currently has the highest doping offenses in the world. Governing bodies have started to take action, most notably in Athletics and swimming.

Prior to the 2016 Olympics a decision was made by the International Olympic Committee (IOC) that Russian athletes would be banned from competing. However, some Russian athletes in certain sports were cleared to compete but not as a Russian athlete, as a “neutral” one under the Olympic flag. In swimming and athletics, a ban on all Russian athletes was put in place. This continued for the 2016 and 2018 summer and winter Olympics. Punishment for state sponsored doping impacted on clean athletes as well as those who were guilty.

Interestingly, the majority of athletes from Kenya found doping aren’t world class athletes sweeping up all the medals at world championships and Olympics. Instead it’s the ‘second tier’ athletes who are not selected in the Kenyan.

Negativity to the sport

Doping causes mass negativity in and around sport. For Sports fans, they  feel let down by their heroes, question every record breaker or medallist and no longer trust results.

Have you heard the phrase?

“You watch by the end of the year he’ll have been done for drugs”.

It brings into question world records or shock results, no longer appreciating the hard, unseen work put in by clean athletes. There is an underlying suspicion of athletes if their performance is exceptional.

Ultimately it increases negativity for the athletes. Their achievements are undermined, their trust with fellow competitors questioned. They feel robbed of their moment when they find out an athlete who has beat them is guilty of cheating.

For example; Jessica Ennis-Hillreceived a gold medal for her third world heptathlon title six years after winning the event in Daegu after the alleged winner Russian Chernova was stripped of her gold medal after testing positive. Another British athlete, distance runner Jo Pavey, was upgraded to bronze at the 2007 Worlds following the disqualification of Turkish athlete Elvan Abeylegesse.

Everyone loves a good story – positive or negative!

The media are there to sell interesting stories, some factual, whilst others questionable. They will spark rumours and even make up stories to sell.

When French newspaper L’Equipe published an article claiming 4 time Tour de France winner Chris Froome had cheated and should be banned at a 3 week race in Spain – La Vuelta A Espana for taking an overdose for a drug connected to his asthma. Important facts were omitted and reports misleading.

Froome’s case was investigated by UCI and he was cleared of any wrong doing. However, despite providing evidence and making his results public the media portrayed him as a cheat resulting in the 2018 Tour de France Froome being  abused by spectators, urine was thrown over him on several occasions along with being punched whilst on his bike and being booed regularly. All this because of media sensationalism. He wasn’t guilty but he was treated worse then athletes in the Tour who had cheated and been banned then come back to the sport. This shows the power of the media and the role it plays in ruining sport.

Emotions run high when clean athletes are asked their opinions on doping, they have very strong views and some are not afraid to air these.

Commentating on the 100m Men’s final that saw a show down between legend Usain Bolt and two-time drug cheat Justin Gatlin. BBC Commentator Steve Cram could not contain his pleasure at the outcome that saw Bolt win. Some people saw this race as ‘good overcoming evil’ with Cram speaking of Bolt as:

Although some criticised Cram for painting Gatlin as a “villain” many more agreed with him.

With doping there are rarely cases where its yes or no, its greyer then that. For example, Many Russian athletes banned in the times around the state sponsored doping appealed the decision. They stated that they were as they were in the dark about doping and had no understanding of what the state was doing. They claimed that they weren’t informed that they were taking illegal substances and that coaches and doctors had not fully informed them.

Should they be banned?

Some would argue they put their trust in the doctors and coaches and were fully in the picture of what they were doing. Others would argue that they still took banned substances, competed and won medals through cheating and therefore should be banned.

British cyclist Simon Yates was banned after his team’s doctor forgot to forward his prescription onto the cycling governing body. Whilst his team accepted responsibility Yates was still banned. After two months his team appealed the decision and his ban was taken away. Yates needed the drug for his health, however his team made an error which caused him a lot of stress and ultimately a ban.

Doping has been within sport for a long time and was widely accepted in some sports in the 1950s. People only started to truly take the issue of drug cheating seriously from the 1980s onwards. There has been a significant increase in catching cheating athletes since the 1980s, however, it is difficult to know if we are winning the battle of reducing doping or just better at catching athletes.  As science has improved it has become easier to catch drug cheats but it has also been easier to cheat in that athletes and coaches are always finding ways to beat the system.

More frequent testing in and out of competition and having lifetime bans could be an option. In theory I believe all sport governing bodies should have a fixed ban of not allowing an athlete to return to competitive sport, however in practice this may be difficult to achieve.