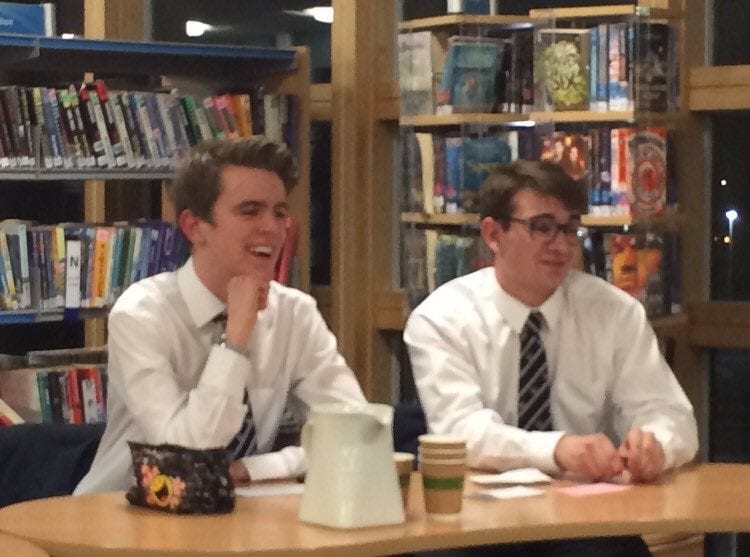 Throughout history many masterpieces have been crafted by someone who has committed an act that could be seen as morally reprehensible – from either our modern-day perspective, or at the perspective of society’s moral outlook at that time.

Yet does that mean that the art itself is morally reprehensible? Should art not be judged by its intrinsic merit and quality, not serve as a judgement on the artist himself or herself? To use an analogy, we do not judge a child according to the crimes of a parent, so why judge a piece of art produced by an artist that causes no offence by the reprehensible actions of its creator? Just as a child and a parent become separate beings, so does the artist and the art they create become separate entities. 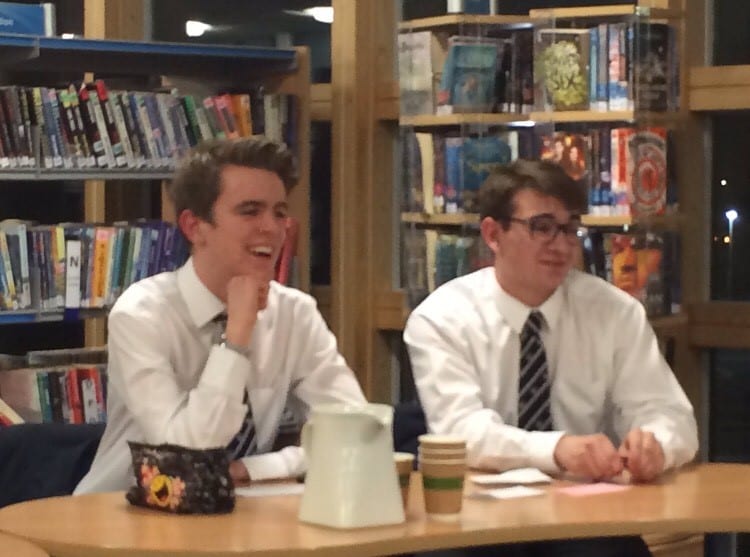 Looking at that historical perspective, we know that Oscar Wilde would have been boycotted if this motion were to be passed during his time – his acts of homosexuality were beyond a doubt thought as morally reprehensible at the time – this is ludicrous to us today, but this motion could have erased his work from history, and much of the great music, art and literature that we enjoy and appreciate today.

Eric Gill is a good example of a brilliant artist who committed morally reprehensible acts. Gill was a world-renowned sculptor, he created the ‘Stations of the Cross’ in Westminster Cathedral, and was named the ‘Royal Designer for industry” (the highest award for a designer in Britain). His work is phenomenal – the complete opposite of Gill himself. He committed sexual acts with his daughters, sisters, and his dog. We are not supporting his acts here, nor are we agreeing to them by admiring his work. That is because his work is separate from his actions. Bishop Stack said about Gill’s sculptures that “There was no consideration given to taking these down. A work of art stands in its own right. Once it has been created it takes on a life of its own.” The Bishop of Westminster Cathedral reiterates my point that art and artist are not the same; that parent and child are not one.

Moreover, we can look at Philip Larkin for example; one of our treasured English poets, someone who was named in 2008 by the Times as Britain’s greatest post war writer. The publication in recent times of Larkin’s diaries and letters, however, show him to have been a racist and misogynist.  But are these views or actions portrayed in his poetry?  No. Yes, his poems may be criticised miserable, and he didn’t do much for the reputation of Hull – but I don’t think that is a crime. Are we to stop reading his technically brilliant and poignant poetry all because of some comments he wrote in his letters to his friend – the equivalent of a slightly racist tweet from 20 years ago in our current world. We are not supporting his views by reading his work, if anything we know about his views due to the popularity of his work. The message, meaning and character of Larkin’s work can be easily separated from his personal views so why boycott his work?

On to my second point, why do we need to boycott their work? If an artist has committed a sufficiently heinous act, they will be charged with a crime and the due process of our Western society takes over: they will be charged, and if they are found guilty, punished in a fair way. The mob justice of the social media age is not needed – that just promotes one person’s word being the gospel truth without scrutiny. As Oscar will go on to talk about later, modern society is built on the idea of “Innocent till proven guilty” – trial by social media should not prevail. But the proposition wishes to damage the current status quo of due process by promoting us to take justice into our own hands.

The recent and highly topical issue of Harvey Weinstein should be looked at here. It is perhaps likely that he committed some, if not all, of the crimes he has been accused of. However, it is not right for society and the #MeToo social media frenzy to pass judgement on him – especially as he has not been found guilty by the courts. If he is found to be guilty, he will have his liberty taken from him and will be incarcerated. Justice will be carried out. Boycotting all films made by Miramax – like “Shakespeare in Love” and “Pulp Fiction”, doesn’t achieve anything and certainly not justice. It merely deprives people who he worked alongside him of the money they deserve and reduces our choice of what to watch on Netflix. And again, Weinstein’s art (his films) do not portray or reflect his alleged acts, and therefore we can separate the art from the artist. Ladies and gentlemen why take the law into our own hands? If people have truly committed a morally reprehensible act, they will be dealt with by the law – as it should be.

Why judge the art by the reprehensible actions of the artist? Why censor large swaths of history due to beliefs that are not present in the work or our modern self-righteous beliefs?

“If I were not able to separate art from the artists, I think I would limit myself a great deal and life wouldn’t be nearly as interesting” – Jessye Norman (musician)

Onto my first point, this motion suggests support for neo-puritanism. What do I mean by that phrase? Well, this modern phenomenon is the righteous stance and belief that many people have today especially from the current generation. It involves believing that you can sit on a moral high horse above everybody else so that one can then proceed to judge the actions of others. This manifests itself today as the mass condemnation of people, including artists – musicians, film directors, actors and more on social media platforms, of morally reprehensible acts: trial by social media if you will. Since the motion refers to ‘morally reprehensible acts’ it is clear that it is these neo-puritans who act as the new guardians of our moral code who will be judging what is morally reprehensible or not. This is because what is morally reprehensible or not is hugely subjective and anybody with a phone can voice their view on social media and attract a huge following. So how is this relevant to the motion?

It is relevant because artists may have been accused of these acts but if they have not been given a fair trial in a court of law and been found guilty beyond reasonable doubt then it is not the right of people with Neo-puritan interests to condemn them of such acts. This causes real damage to the careers of the artists. Even if all the charges of say sexual assault are cleared and therefore the artist was innocent, their career and reputation are in tatters because as the old saying goes ‘dirt sticks’ but in this case it doesn’t just stick to the artist but also to their art. People will always view their name with a dirty smudge on it because Neo-puritans on social media were the judge, jury and executioners before the artist ever got to court. Artists should be justly punished by law not moral judgement.

If we look at the very current example of Kevin Spacey we can see the effects of this Neo-puritanism. Back in October 2017 actor Anthony Rapp claimed Spacey made a sexual advance towards him when Rapp was 14 at a party at the actors apartment in 1986. Within the very same day all forms of social media were swamped with Neo-puritans condemning Kevin Spacey as a rapist and criminal. By the end of November, Spacey’s career was in tatters. He had lost all credibility as an actor and a human, he had been slashed from the final series of House of Cards (even though the entire plot revolves around him), two upcoming films he was to star in were rejected from showing and finally Creative Artists Agency confirmed Spacey was longer a client ie the end of his career. All of this damage and destruction, over a shady allegation which had no evidence to back it up, all thanks to Neo-Puritans on social media. As of 7th January 2019, over a year after the original allegation, Spacey has just entered court on charges of indecent assault and no ruling has yet been reached. Yet it doesn’t matter what ruling is reached because he has already been tried, found guilty and lost everything thanks to the Neo-Puritans. Is this Justice?