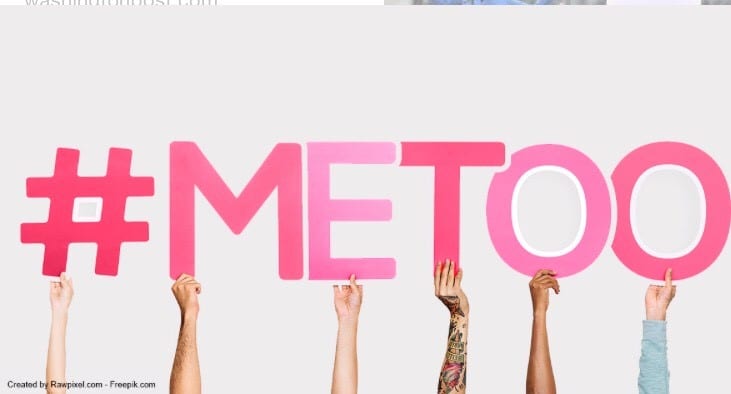 How many of you could, with 100 per cent confidence, explain what #metoo is to someone who has never heard of it before? Even though the twitter movement has been around for more than a year, I’m still surprised by the amount of people that aren’t completely sure what it’s about, so I’ll break it down for you. Me too was originally coined by Tarana Burke over a decade ago but the hashtag really exploded when, in 2017, Alyssa Milano tweeted the statement ‘If you’ve been sexually harassed or assaulted write ‘me too’ as a reply to this tweet’. The hashtag was created to give courage and solidarity to victims of sexual assault and, since then, the movement has been taking the world by storm, so this House is here to fight for its case, to show you that me too has had so much international, life-changing impact that to call it ‘ridiculous’ is nothing short of demeaning. While I will address the change me too has had on the lives of victims of sexual assault and women all over the world, Charlotte will be talking about how the movement can also affect men and the LGBT community, and have a positive impact on society as a whole, and, overall, we hope through both of our efforts that we will manage to convince you that there is nothing funny or ridiculous about the #metoo movement.

I’d first like to draw attention to the very statement we are discussing – ‘This House believes the me too movement is ridiculous’. Now, to me, the fact that we even discussing such a motion shows why we need me too. Because time and time again have victims of sexual assault tried to speak out about their trauma and been told they are unreasonable, exaggerating, or, well, ridiculous. Here in UK around 20% of women and 4% of men have experienced some kind of sexual assault at age 16 or above, but what is more shocking is the fact that 83% of these victims, that’s 5 in 6, are not reporting this to the police. Why is this? Why aren’t people taking action against their attackers? Sometimes it’s because of shame, sexual assault is a very dehumanizing experience and, frankly, it can be easier to simply put the blame on yourself than admit that you were taken advantage of and rendered powerless. Other times it’s because the consequences are scary, not only might coming out about their experience cost them their job, their friends, or even their physical safety, but there’s always the fear that people will roll their eyes at yet another person crying ‘wolf’ to try and topple someone in a position of power. But me too is changing this. Me too is encouraging victims to find their voice by building solidarity between those who have suffered from sexual misconduct. Victims are a lot more likely to speak up and report their abuse if they start to realise that what they went through wasn’t an isolated incident. Those who speak about their experiences via the hashtag feel like they’re reaching out to human beings rather than a legal system that doesn’t care. They regain their sense of power by starting to realise that, no, it wasn’t what they wore, or the look the gave, or the way they spoke. Me too is giving people what our system has failed to give for decades. If there’s anything that’s ridiculous, it’s our society which we take pride in so much for being advanced when it has repressed the voices of survivors for years.

But another thing that makes me too so significant is its international outreach. What makes me too stand out from previous movements regarding sexual assault is that the internet makes it accessible to men and women all over the planet. Some countries have even decided to create linguistic spin-offs of the hashtag with #BalancetonPorc or ‘ExposeYourPig’ growing big in France while Italy and Norway are tweeting #TheTimeThat and #WhenTheMusicQuiets respectively.The situation for victims and women, in particular, may be improving here in the UK but the west is not the world. In fact, some countries we would class as ‘First World’ still have deep problems with sexual misconduct. We might associate Japan with advanced technology and forward-thinking culture, but before 2017 Japan’s rape laws were 110 years old and the legal age of consent over there is still 13. Part of the reason why problems with sexual assault are so rampant there is because the subject is so taboo that women are afraid to speak up about it, and so nothing gets done. But, in 2018 the Japanese vice-minister of finance Junichi Fukuda stepped down after allegations of sexual harassment were made by a female reporter. Her inspirations? First, fellow survivor and activist Shiori Ito but also the #metoo movement. In fact, Ito herself even gave praise to the movement by stating ‘We all have a voice, and in the face of condemnation from some, it is belief and support from others that makes it echo.’ Japanese women, too, have put a spin on the hashtag to create #wetoo, to include not only victims but all those fighting for an end to sexual harassment. On the other side of the globe, in Brazil, the movement is becoming particularly significant after October of last year where the racist, homophobic, and misogynistic Jair Bolsonaro was elected. If you thought Trump was bad, then consider how you might feel being a woman in a country where your leader has said “I wouldn’t rape you because you don’t deserve it” to a female politician. Over there, in a country where an average of 164 cases of rape are reported daily, women have already found solidarity through MeToo and #myfirstassault, and there’s no doubt that these will once again become vital in surviving and effectively opposing a hateful and unempathetic government.

So we’ve made a trip around the world and now we end here, back in Stamford. If you’re a guy (and you’re still awake) wondering how the movement might affect you, then stay tuned for Charlotte’s speech, which will detail how MeToo can positively impact us all, not just victims and women. But for now, I hope I have made you realise just how much potential this hashtag has for millions of people around the world, and I hope that you can see that the change this movement is bringing is certainly no joke.