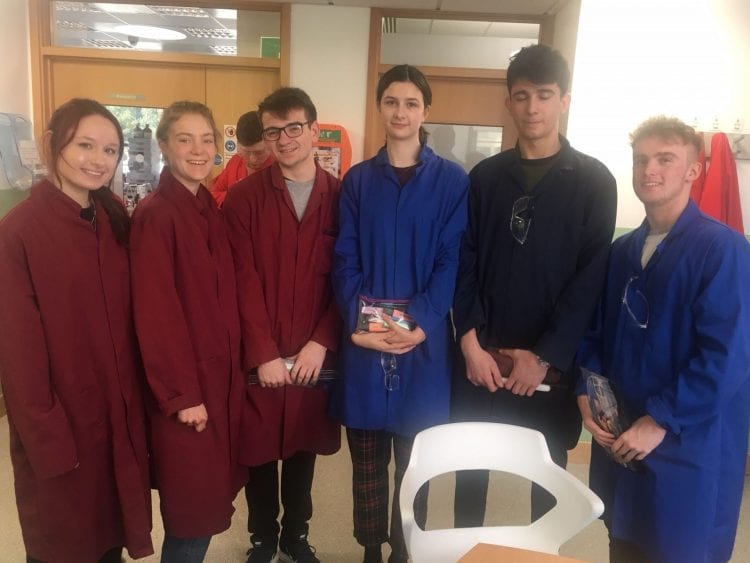 On 15th January 2019, six Chemistry students from SES travelled to the University of Nottingham to take part in the regional round of the Royal Society of Chemistry’s Schools Analyst Competition. This is an annual event where teams of three Year 12 students are given a series of challenging experiments to carry out in the university laboratories. The participants must then record their results neatly and accurately, as their answer booklet is assessed along with a judgement of their performance on the day. The experiments are designed to flummox slightly at first, so the ability to follow instructions carefully and work as a team to interpret the results is vital! The winners of this round will compete at the National Final in June, as per the victorious Stamford School team last year. This year, SES entered two teams: representing Stamford School were Grace Baldry, Tom Watson and Helena Millet and representing Stamford High School were Arun Anand, Charlotte Mason, and Jack Pacey.

The theme of the intensive three-hour lab session was to look at the chemical composition of two popular carbonated drinks – ‘Irn-Bru’ and ‘Sprite’ (though they were degassed for the experiments). The teams were given three tasks, to be distributed however the team wanted, and a booklet to fill in.

The first challenge, and the easiest of the three, was a titration involving degassed Sprite. The aim was to calculate the concentration of the citric acid in Sprite by neutralising a standard solution of sodium hydroxide. By doing the experiment multiple times, a mean volume required to neutralise the NaOH can be found, and this is then used to find its concentration. I enjoyed doing this experiment as it was familiar to me, but by using Sprite instead of another standard chemical there was an element of surprise involved.

The second task involved a technique called Thin-Layer Chromatography (TLC), which was to be used to identify the if certain compounds were found in the samples of ‘Irn-Bru’ or ‘Sprite’. Much like chromatography of dyes, TLC works by separating an organic layer inside one of the drinks into constituent parts, which rise with the solvent on the TLC paper – the different compounds travel up the TLC plate at different rates, allowing them to separate out and to be compared to reference ‘dots’ from known compounds – it works exactly the same as ‘normal’ chromatography, but does require UV light, and occurs on a foil plate rather than simple filter paper. 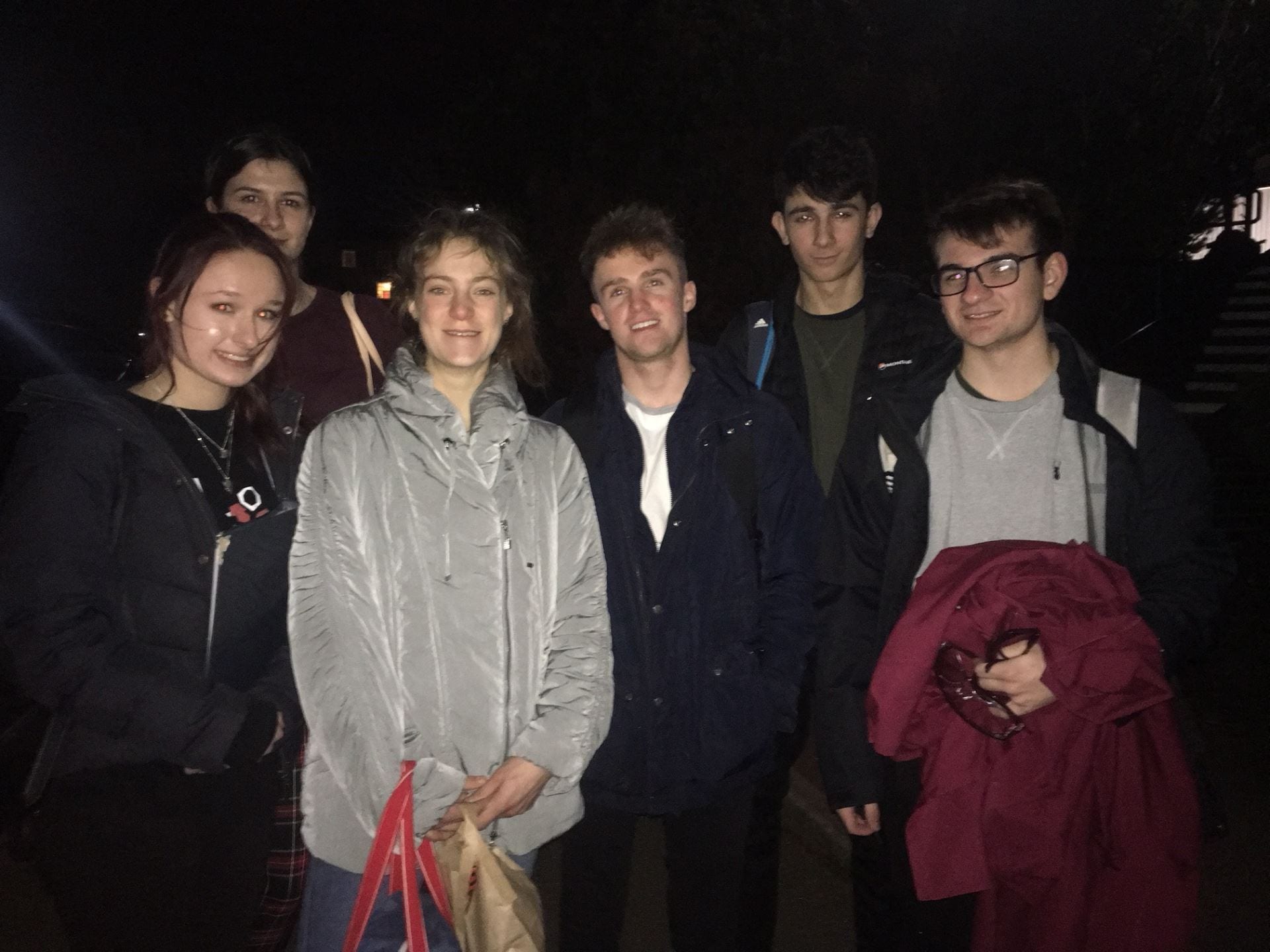 However, the task was not as simple as soaking a piece of paper in a solvent and watching dyes rise. First, we had to set up a beaker in which the solvent would sit with some filter paper and eventually the TLC plate. The solvent used was ethyl acetate (CH3COOCH2CH3) – commonly used in nail varnish removers. Once set up, the beaker was left under a fumehood – the Nottingham labs had dozens of them, so each team were given their own fume cupboard – as ethyl acetate is volatile and could cause irritation. Now we had to get the ‘Irn-Bru’ ready to be tested – this meant adding 40 cm3 of it to a separating funnel along with sodium chloride solution and dichloromethane (DCM; CH2Cl2) – this was also done under the fumehood as DCM is possibly carcinogenic and can be easily absorbed by the skin, so gloves were used. Safety was rightfully paramount at all times in the lab and hence any person breaking the safety rules was docked marks. 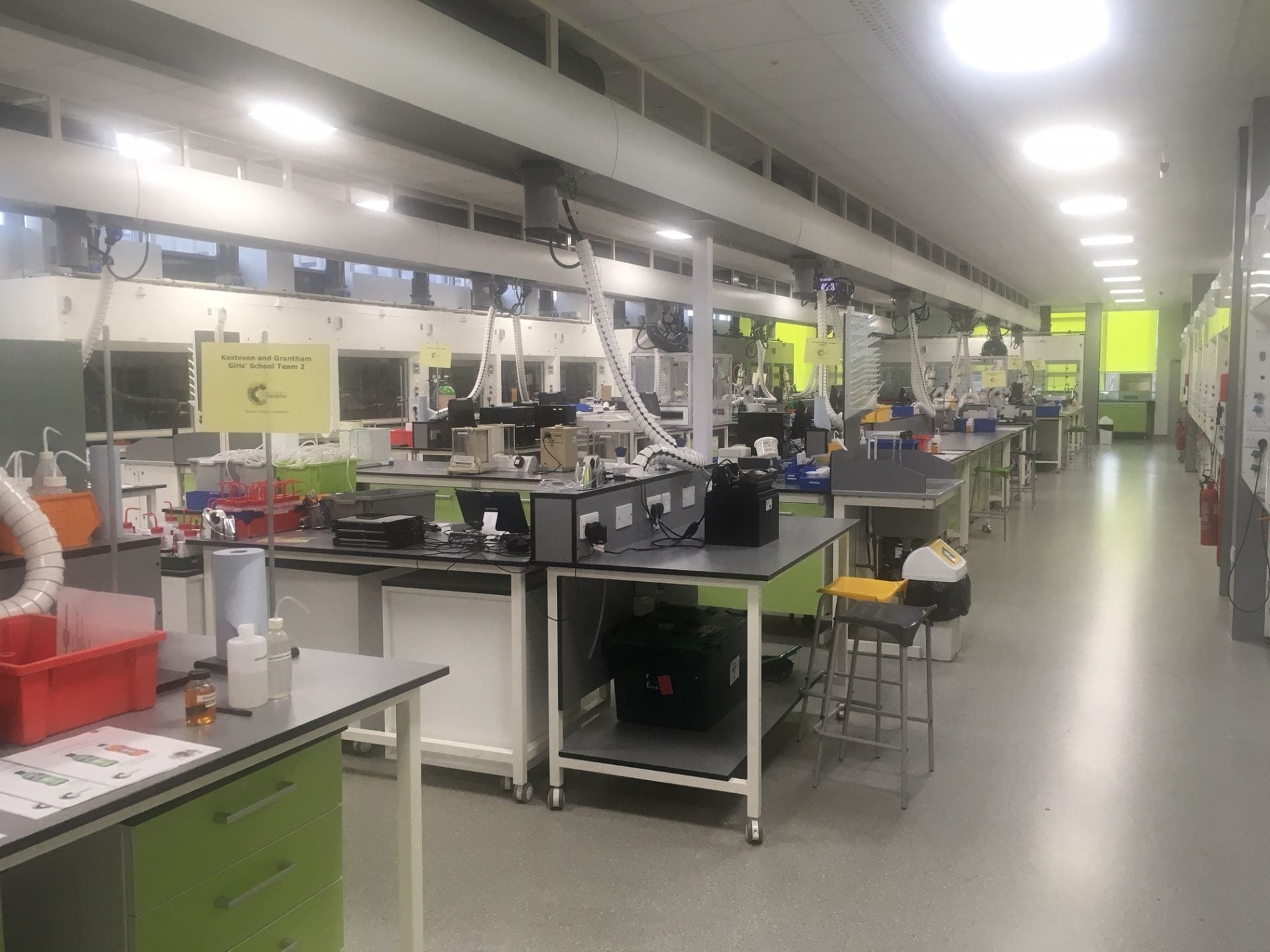 The DCM was a solvent that would concentrate all the organic compounds we were testing. The NaCl was present to make the polar (non-organic) layer more polar to keep out any water from being tested. Once the ‘Irn-Bru’ had separated, we ran off the lower layer into a beaker. Using micro-pipettes, we put small dots on the TLC plate of the organic compounds from the drink, as well as references for citric acid (C6H8O7), benzoic acid (C6H5COOH) and caffeine (C8H10N4O2). The TLC plate was then put in the solvent for a few minutes.

After the solvent had risen to almost the top of the plate, it was left to dry. We then placed it under UV light (still with gloves on due to the nature of UV light and its potential to cause cancer) and noted on the plate where the ‘dots’ of the compounds had risen to. This process was then repeated for Sprite. We were able to find that ‘Irn-Bru’ contained caffeine, citric acid and benzoic acid. Sprite didn’t contain caffeine but did contain the other two acids.

The experiment I had to perform in this competition involved determining the iron content of Irn-Bru by colorimetric analysis. I first had to make up four standard solutions of different concentrations of ferrous ammonium sulfate by calculating the volume needed and using volumetric flasks and pipettes. I then made up a 2-fold and 4-fold dilution of Irn-Bru, using Irn-Bru and hydroxyl ammonium chloride, and made this up to 100 cm3 with distilled water. Then I made the samples which were to be used in the spectrophotometer. First a control solution was made of 5.00 cm3 of 1,10-phenanthroline and 10 cm3 of hydroxyl ammonium chloride. Then a set of four calibration solutions were made, using 25.0 cm3 of one of the standard solutions made previously, 10.0 cm3 hydroxyl ammonium chloride and 5.00 cm3 1,10-phenalthroline, made up to 100 cm3 with distilled water. Irn-Bru samples were then made up, 25.0 cm3 of 2-fold or 4-fold dilutions of Irn-Bru, 10.0 cm3 hydroxyl ammonium chloride and 5.00 cm3 1,10-phenalthroline, made up to 100 cm3 with distilled water. This was repeated without the 1,10-phenalthroline, making up 2- and 4-fold blank solutions. The spectrophotometer then measured the absorbance of the nine samples, and the results were recorded. A calibration graph was plotted, and corrected for the background absorbance of colouring material in the drink using the appropriate blank reading. The concentration of iron in the Irn-Bru samples can be read off and corrected for dilutions to give the original concentration of iron in the drink. The concentration is determined by complexing iron with 1,10-phenalthroline. The iron must first be reduced from its ferric (Fe3+) form to the ferrous (Fe2+) form with hydroxylamine, and then the complex between ferrous ion and 1,10-phenalthroline, which is red-orange in colour, can be formed, and its concentration found using colorimetry.

In all, it was an extremely stressful but rewarding day. Just being able to perform experiments in a £4 million university lab was a treat and it was brilliant to be treated to high-quality equipment and facilities, we really enjoyed the experience and are keeping my fingers crossed that we qualify for the next round! We hope to find out within the next fortnight. 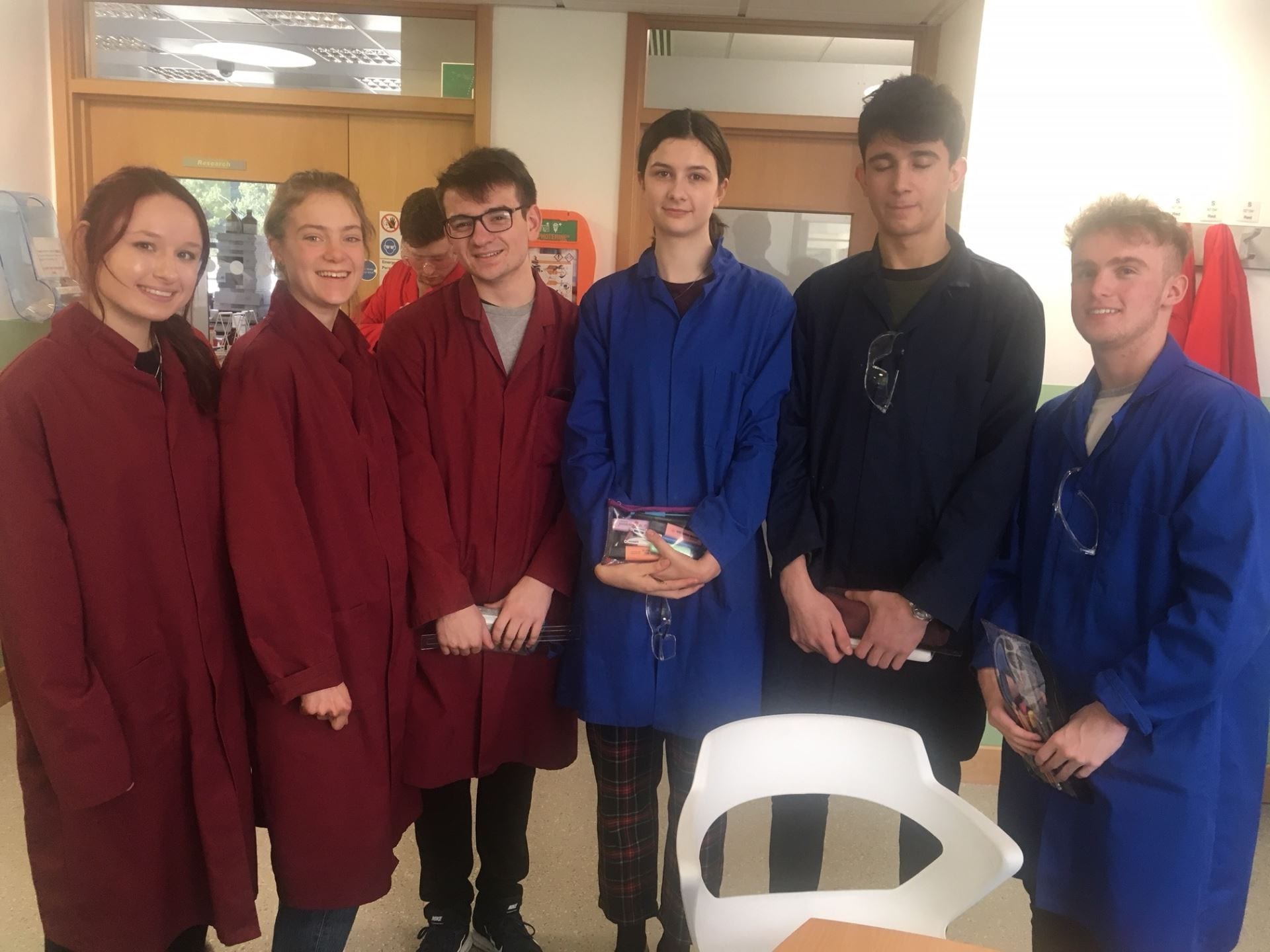