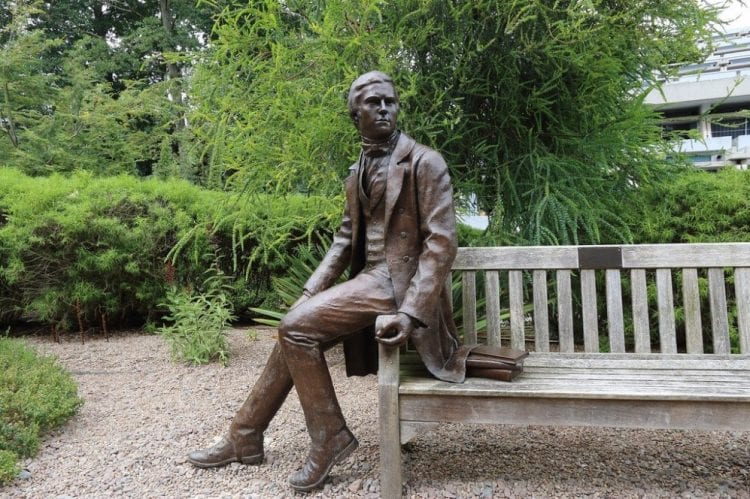 One of the things I most enjoyed about the trip was when a Cambridge student personally toured us around. This is because not only did we get to admire the fascinating and antique architecture Cambridge presents but also we were able to get a view on what it was like to be a student at Cambridge. Questions my peers and I had wondered about Cambridge were all answered giving us a better outlook on university life at Cambridge. Not only this we were allowed to visit their chapel and breath-taking library which were truly one of a kind.  (Calvin) 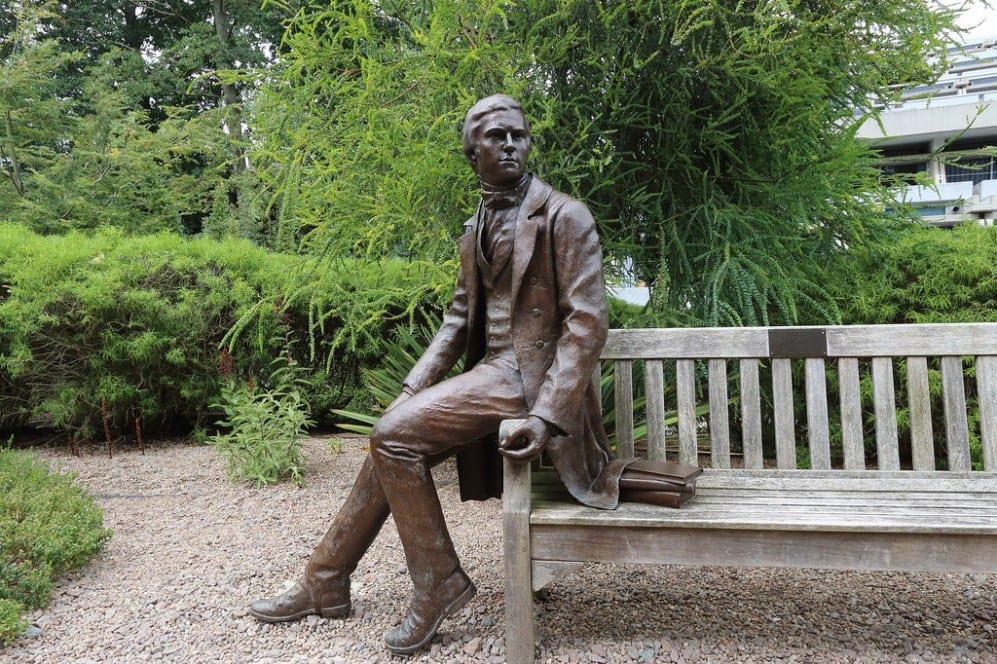 The trip to Christ College Cambridge for me was hugely beneficial and I enjoyed it very much. Listening to some of the current students was extremely interesting and gave me an insight into the life at the university. One of the highlights was the lunch (ribs) but also the architecture was amazing and, I think, it really reflected the work ethic that the students showed when they spoke. Finally, I am considering Cambridge university as an option and this experience consolidated my knowledge of the excellence of the site and people.  (George) 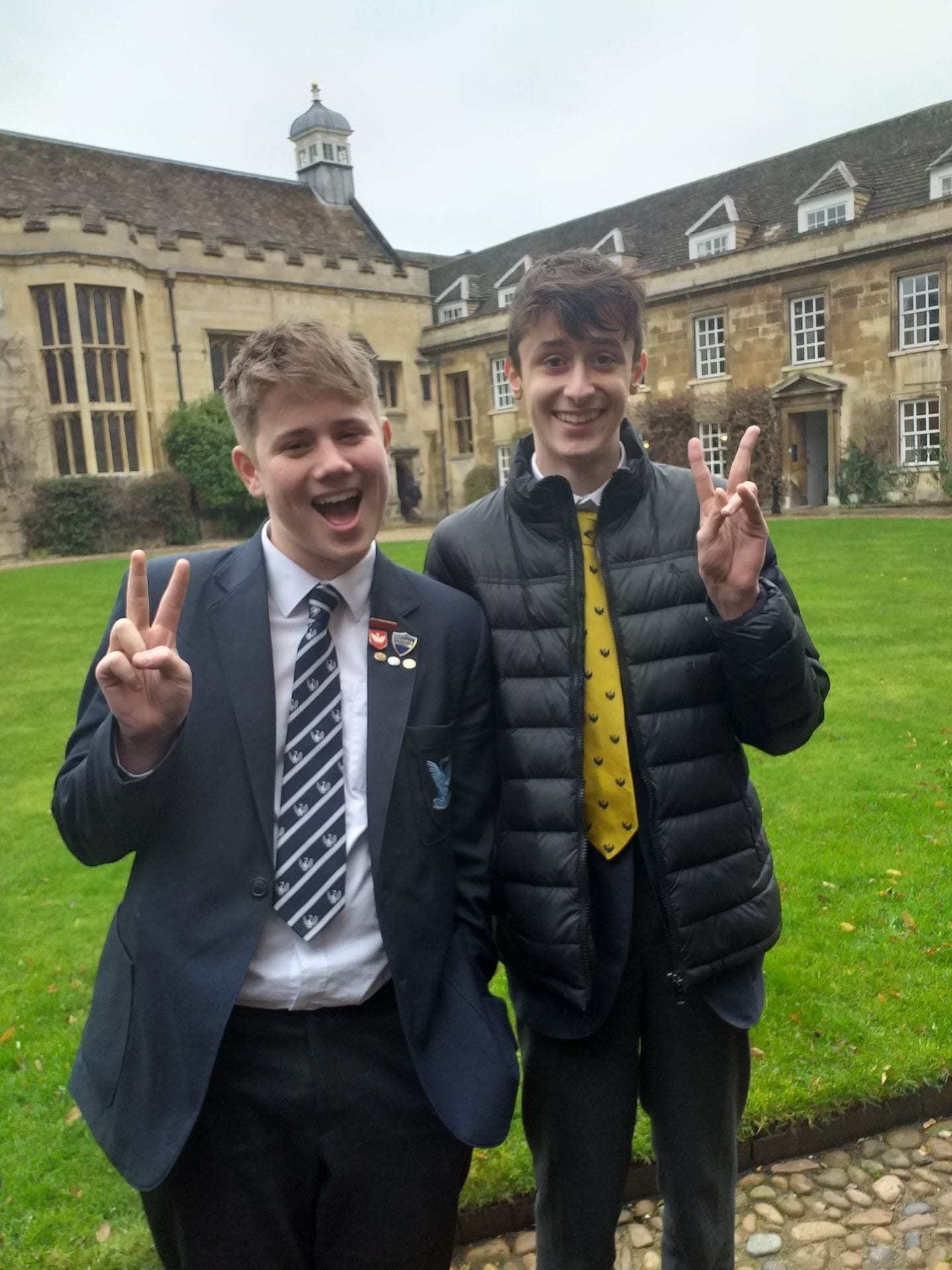 When we arrived at Christ’s College, we were warmly greeted by the staff there. Immediately, we were taken to the dining hall where a banquet was awaiting us. The dining hall was located in one of the old, imperious stone buildings. However, the magnificence of the buildings was overridden by the food served to us. The food was very varied and all was exquisite, especially the turkey. After lunch, we went on a brief tour of the college, accompanied by two students at the university. We saw the vast and eye-catching grounds of the college. Finally, to cap off our day, we had a presentation and a question and answer session with Dr Mark King, where we were expertly informed on the college and university in general. This really was a great day out for all involved.   (Ollie)

The photo shows the first court at Christ’s College Cambridge. This is the oldest part of the school. It was built the 16th century by Lady Beaufort. It is the only Cambridge College which has a circular green as all the rest are square. The picture mainly shows the college master’s house and a bit of the hall. The college master’s house is where the head would stay and it is very large, including a large private garden. The hall in the photo is the hall where people would dress up to eat in it. Also in this area is the dorm where Charles Darwin stayed when he was in Christ’s. (Angus) 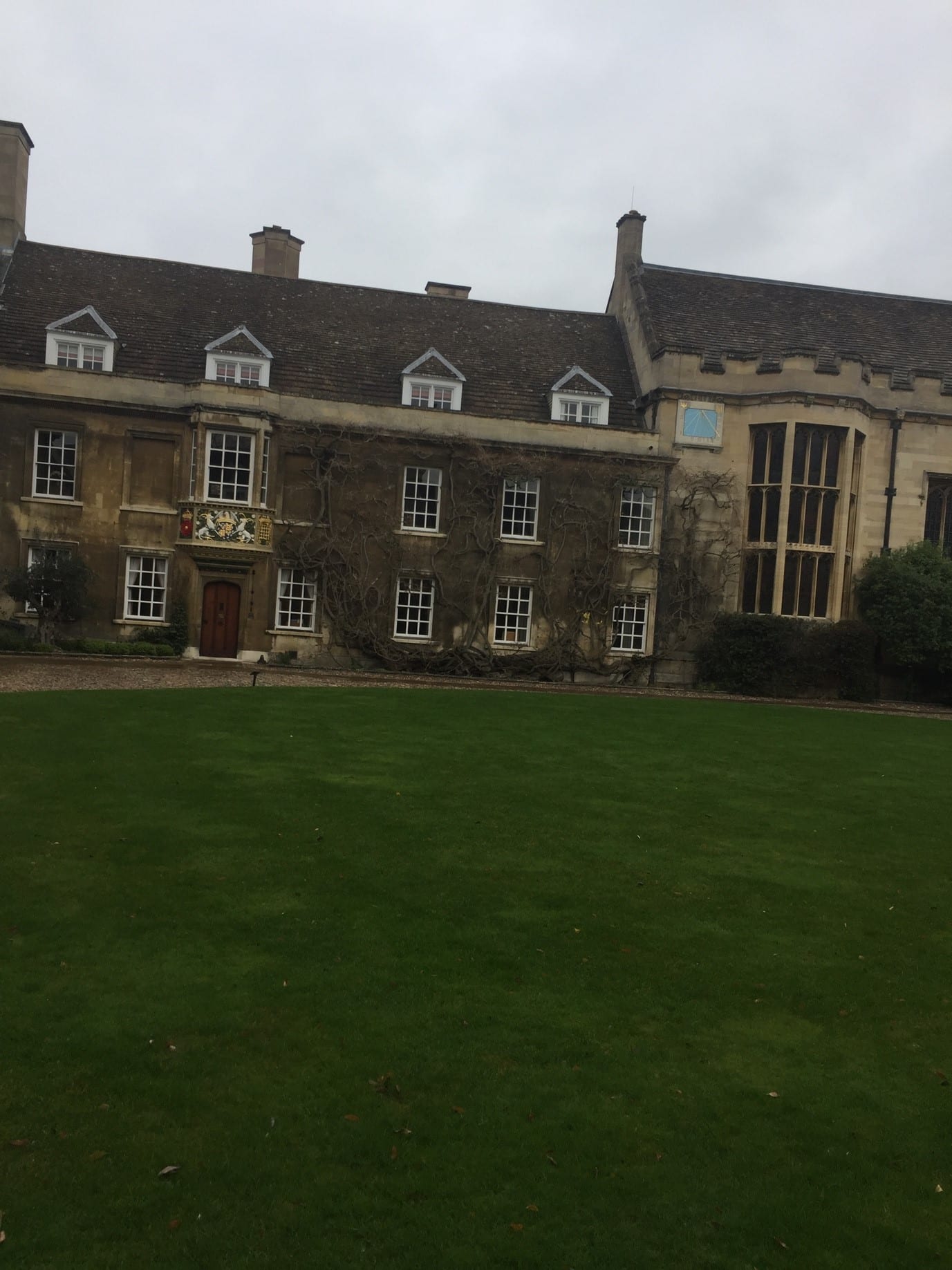 When I first saw Christ’s college, I wondered what the difference is between all of the colleges in Cambridge and the difference is quite simple: the accommodation.  The college, as we were informed by our student guide, was occasionally referred to as ‘The Tardis’ as to get to the vast green landscape which was essentially the University’s back yard, you had to pass through a very small gate. The garden itself was beautiful but the highlight was the little retreat in which slouched a statue of a young Charles Darwin surrounded by all his discovered plants. The place was not afraid to show that Darwin himself had studied there.  (Kasey)