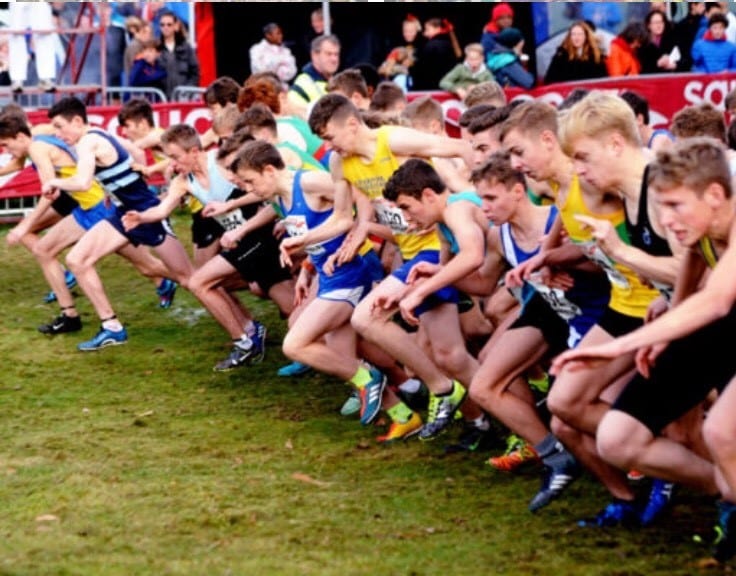 On Saturday the 19th January Burghley hosted the County cross country championships. To be eligible to race for Kesteven on Saturday, a district qualifier had been held in December.

The results from Saturday would be used to select the Lincolnshire team for Anglian race and English schools. Finishing in the top 12 would guarantee a place to represent the county and a top 6 position would be rewarded with a place in the national event – English Schools. A lot was at stake!

In the U17 (Year 10 and 11) race Stamford School were represented by three year 10 boys: Tom Hattee, Sam Hughes and Oliver Macintosh and Year 11 Benji Davis. The course was an undulating 5.5km, which saw the boys run up a challenging hill three times. It was a competitive field as you would expect from a County race and coupled with the freezing weather it was going to be a grueling 20 minutes.

The pace was quick from the start with Sam Hughes and Tom Hattee establishing their position in a front group of 8. Benji got off to a good start too, holding place in the mid-teens. As the laps went on and the legs started to hurt more, the front group of 8 slowly decreased in number until there were just 4 runners with 1 big lap left. This front group of 4 still contained the two Stamford boys Sam and Tom wearing the blue Kesteven Vests. However, they were in strong company so when the pace was picked up on that last hill by the other two boys in the front group it came as no surprise.

Tom responded well to the move bridging across the gap as he hit the top of the hill and doing his best to stay with the front two and in the exciting last 100 metres ran in to an incredible third. Sam came in a few seconds after in an also brilliant 4th place. A super achievement from both boys against many Y11 runners. They both secured a place in the Lincolnshire county team for English schools.

Benji also ran an impressive race gaining qualification to the Anglian event in 2 weeks’ time. A special mention to Oliver who ran well and is improving with every run.

In the junior boys race the Elliot Dee and Sam Gordon-Kerr also finished inside the top 15 to qualify for the Anglian Champs next weekend too. Both ran a brilliant race and have huge potential in the sport.

In all the boys did very well and should all be proud with their results and hope to continue to run well in the upcoming events.

A big thank you to Mr. Mitchell and Mrs. Johnstone for developing and supporting the cross country at SES attending all our events, especially on cold Saturday Mornings!