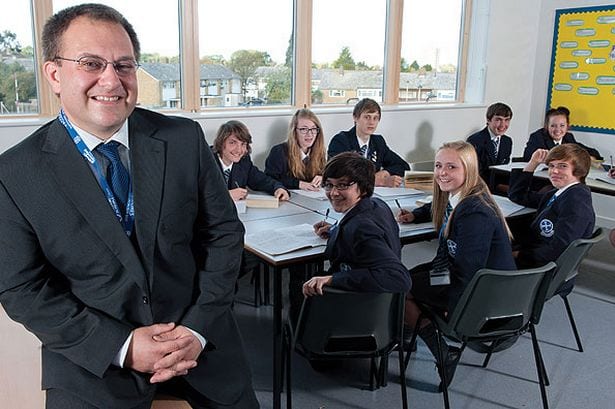 How does Julia Raeside present the teachers in her review of Mr Drews boys?

Mr Drews school for boys was a show on channel four in April 2014. it is about 11 boys from 8 to 11 years old who are described a “temperamentally compromised” they are there for 4 weeks and the deputy head for Brentwood county high school along with running the summer school. He has also been on the show “Educating Essex.” Their job is to make these boys control their behaviour so that they can re-join the schooling system at the end of year 7. Julia Raeside a journalist from the guardian reviewed the first episode and gave her thoughts in an article in which she seemed to view the teachers very highly.

In her review she analyses both the boys and the teachers but mainly Mr Drew. Mr Drew is described as being “supported by an embattled bunch of colleagues.” This gives the idea that the staff are in a war against the boys and are preparing for battle. This is most apparent in the drama scene where the lesson breaks out into a fight. This is the time that it is most literally where you can realy see that the teachers they are in a war against the boys. She is being a bit unfair on the boys as this is the only time, we see them get realy out of hand. Infact, more often we see the lessons going as planned such as the art lesson.

She describes the task by saying that “you’d run, vault the will and never look back, but these people carry on.” This is obviously hyperbole, especially as I doubt my wall vaulting abilities, but it emphasises how awful she thinks it must be to teach the students. It has three parts, each of them expressing how brave the teachers are, and each of them building on the last. This is supposed to show how brave the teachers are for starting and continuing and as she says “not, I suspect, just because the cameras are watching,” which can be quite clearly seen to be a big motivator. By doing this she turns the spotlight on the viewer and sugests that we are not up to doing this.

She also describes Mr Drew as “willingly walking into the cage” this is the start of a metaphor that compares Drew to a lion tamer. This gives the idea that he is being extremely brave in this programme and is taming the lion that is the students. it also brings light to the fact that the teachers are doing all of this willingly. It also produces the image of a wild class that is chaotic and destructive and therefore is much better to bring them under control or otherwise it will come back to bite them later, which in her mind makes

The reviewer says in her subheading: “whatever they’re paying Mr Drew and his colleagues, it’s not enough.” This is quite similar to the earlier phrase about the reader “you’d run vault the wall and never look back” however this time it is about the staff. It tells us that the education they are giving them is worth more than money but so is the hardship they must endure. This is shown in the drama lesson where the teacher tries to continue as it descends “into a festival of punches, kicks and geysers of Buxton spring”

She says that Mr Drew holds “his neck unbending against the storm of pre-teen petulance.” The boys are referred to as a storm as they out of control and chaotic, relating back to the metaphor of them being animals in a zoo. This is most obvious in the random pattern of behaviour with a seemingly random assortment of lessons that are good and bad. Mr Drew faces this storm head on and tries to solve the problem directly in stead of just shuffling them around schools and hoping that they get better. This realy plays into the idea that Mr Drew is a character to be admired and reinforces the idea that this is not just an entertaining program but also is working for a cause.

Julia Raeside does a good job of describing the show pointing out many of the reasons why the teachers should be admired. She also does a good job of describing how much work they do and all in all, and also making it possible for people who haven’t watched the show to be able to understand what happens in it. She is definitely on the side of the teachers and thinks that they are doing a great job and should be praised for what they accomplished in the first episode.