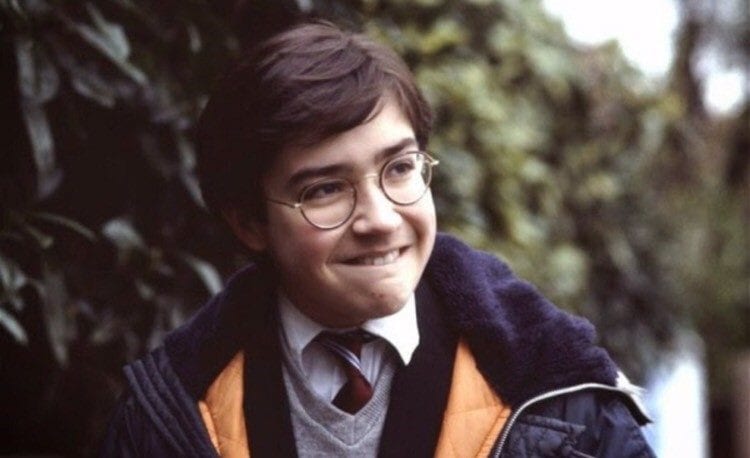 It’s totally not fair that my idiot parents banned me from my phone again, after three agonising months surviving without it. I’m gonna miss all the cool memes and stories my friends are posting on insta. My parents just don’t understand the dreadful consequences of missing a single post. I’m gonna lose it, fall out of touch.
Anyway, school was pretty poor, Stampy wittering on about Frank Ferdiwhatsit, who got shot and caused WW1, in history and my friend Douglas getting his phone confiscated (for the 184th time) despite me being a lookout, and warning him of an incoming Pike. The only good thing was Mrs Blissett ridiculing Jesset in class. It was pretty hilarious.

Another thing that sucked about today was everybody talking about the funny things being posted on insta. I was missing out all because of my parents, not understanding the harm they have inflicted upon me and my popularity status.

In the car, on my way home from school, mum talked to me about getting glasses, because she had noticed my eye sight growing steadily worse. I made my position clear and exclaimed that “Anyone, I repeat, anyone who wears glasses is lame.” Later I began to regret that claim, as I struggled to read my biology textbook, while being threatened with an extra five month extension onto my phone ban if I did not complete the exercise in less than thirty minutes. I think that this is cold hard child abuse and my mum should have five month jail sentence, if not more for the mental damage this shocking experience has done to me.

After completing the biology textbook in exactly two hours and fifteen minutes, gaining a three month extension to my ban, I was herded upstairs and told: to get changed for bed; brush my teeth and have a shower. I lay back on my bed and thought of which one of my seemingly endless tasks I would do next. After thirty minutes I decided to brush my teeth first. After forty, I managed to squirt out the toothpaste onto my toothbrush. It took me a total of one hour and ten minutes to fully get ready, by which my mum had already yelled at me and told me to hurry up ten times.
Today totally stank.