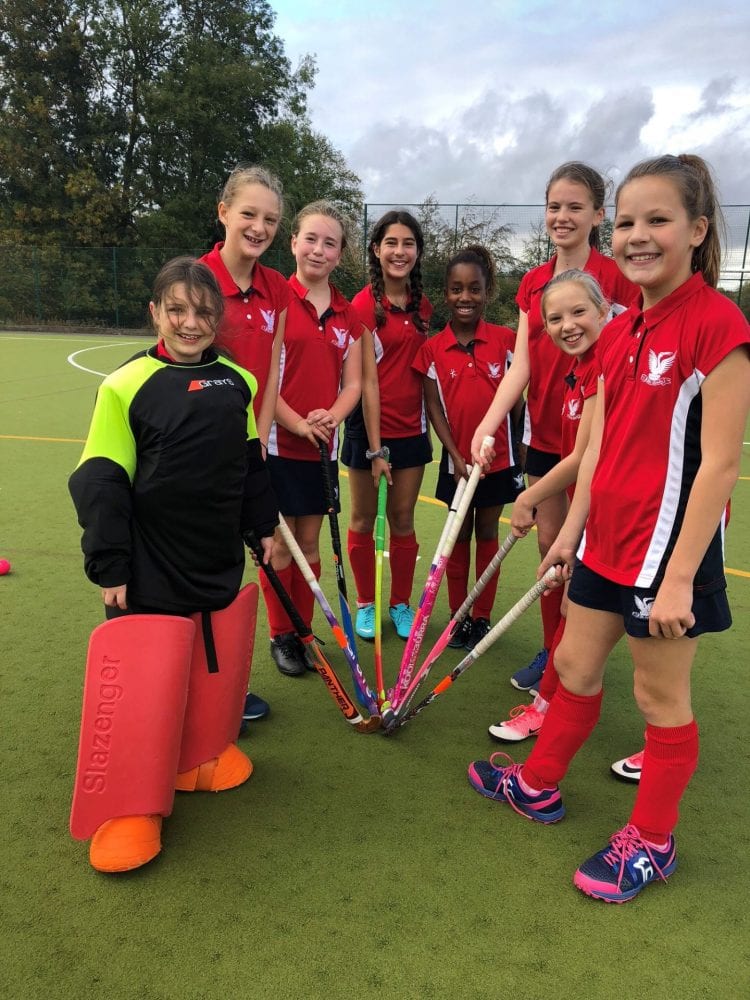 Match Reports week 6
U13 A
We travelled down to play the Perse, we knew it would be hard but we went in determined. The game started off with it being neck to neck and both teams playing exceptionally. Eva did a great run down the line passing all defenders straight to the side of the circle where she did an amazing reverse hit straight to the corner of the goal. Unfortunately, Perse went on to score some goals after this. Stamford had one last push and as a team they pushed the ball up were Eva flicked the ball over the keeper! Jemima (Our keeper) Saved some fantastic goals as well as Charlotte doing some great drives down the line and supported the team in many areas of the pitch. The whole team played well together and came back happy with how they played.

U13 B
We travelled away to The Perse School to play a tough match with an overall result of 1-1. The game was evenly matched and very hard, but we kept fighting until the end.
Erica Smith, players’ player, had some great drives down the left wing and crossing the ball into the circle, giving the forwards some great opportunities to shoot. Isabel Philby, coach’s player, scored a brilliant goal after a cross from Jemima Todd, and she had some great drives into the circle.
Well done Stamford. Keep up the good work and good luck for future games.
U13 D
The under 13 D team played an away match against The Perse School and everyone played amazingly, coming away with a win of 5-3. Katie Doody-Velasquez (1), Hatty Dunckley (1) and myself, Kitty Breeze (3) scored the goals but everyone greatly contributed. The first few minutes in the first half were quite easy considering we scored within the first few minutes of the match. The defence stayed strong and managed to consistently get the ball up the pitch to the attackers allowing us to score many more goals. Katie was nominated player of the match, however the whole team played amazingly so a big well done to everyone.

Gemma O’Flaherty U12 A- Gemma played out of position for the whole match showing great independence and competitiveness in defence. Cooperating with the team extremely well too.
Charlotte Gee U12 D – who showed great traits of competition, working well individually and as a valuable player of the team. She was committed throughout the game creating space and moving the ball
Grace Young U14 B – Playing in a new position and not complaining and putting everything into her performance.
Annabel Beaverstock U15 B – 1 enjoyment. Promoted up from the C team and fully got involved.
Elosie Quetglas-Peach 2nd XI

The super U12Ds are below.  One for all and all for one. 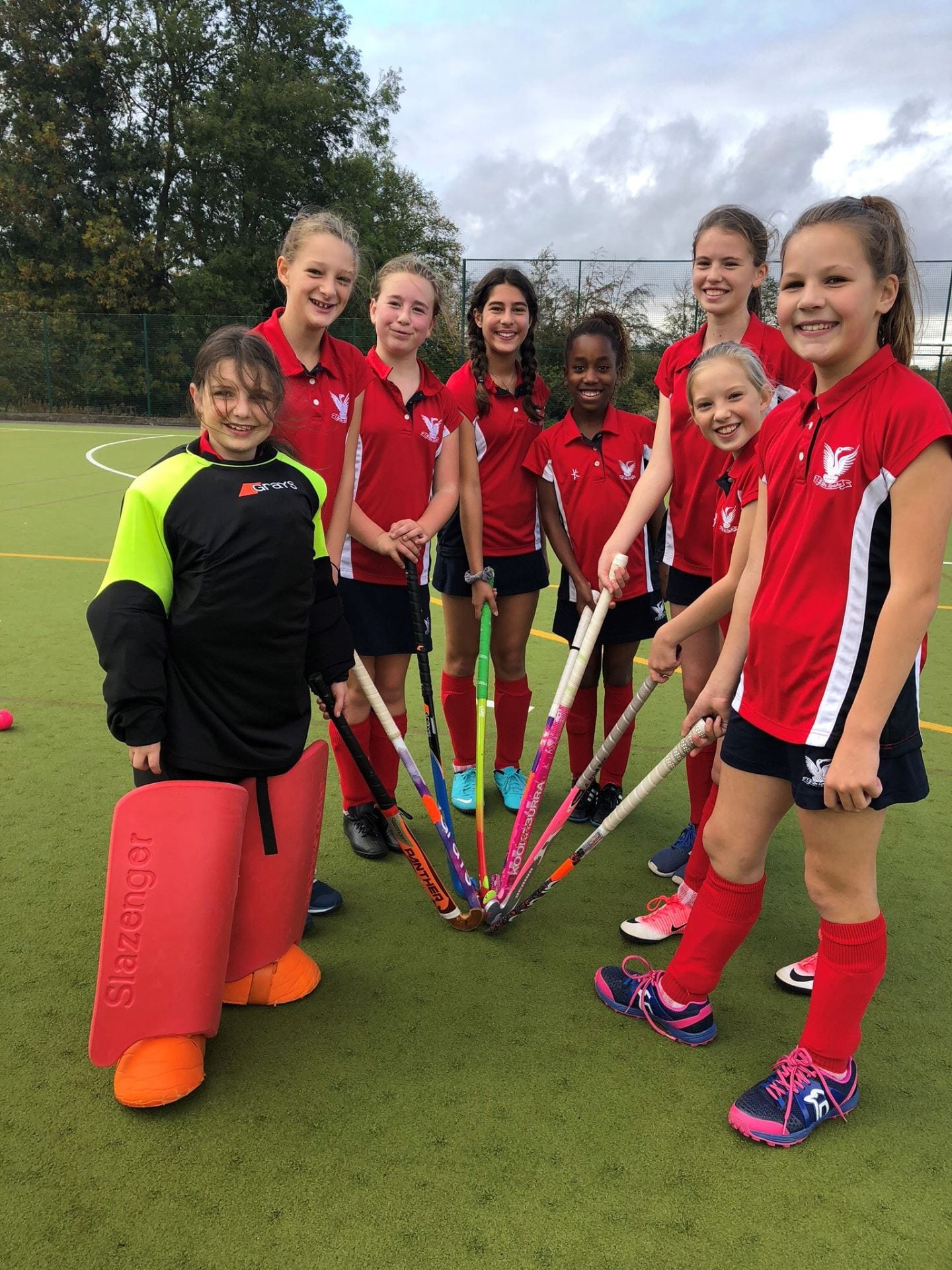 The last of the October sunshine saw the U14Bs welcome Warwick to Stamford turf. After last week’s 68-0 mauling of Uppingham, our boys were buoyed to save their season and build on that success. Yet, our losses to Oakham and Stowe still followed us.

We, haunted by missed opportunities and fading dreams, looked up from the grass as the blue and white of Warwick strode onto our pitch. Focus was wrested, courage was found, and we filled our hands with shirt. In the huddle, we spoke of what made rugby great: that it was a game of pure, bloody-minded desire. We vowed that what made rugby great, would make us great. Our hearts would carry us over the try line. We would want it more.
Clearly, Warwick has discussed something similar. The ball rose, fell, and then crashed into a savage fray. The ball was Stamford’s, and it crunched its way up the pitiless field. Warwick crashed, yet we strove, inch by inch, hungry. Brutality gave way to passion, and passion to expression. Now the white of the ball flashed between bodies, perhaps a crash-ball off 10, now a bolt striking to the wing, now popped back into the hands of a charging thunder. For the opening spell of play, Warwick stood against the flood, and then fell beneath it. The freneticism calmed, smoothed, and Sorn Sodhi dived in the corner with inexorable grace. 3 weeks ago, we could not have scored that try; we had neither the heart, the mind, nor the spirit. Today, we were 5-0 up against one of England’s finest U14 offerings.
As the conversion sailed short of home, the game clamoured for breath. Precision inevitably gave way to ill-discipline, and the pitch became a muddied melee mewing for half-time. Entrenched, supremacy swung with the swirling winds, and stalemate ensued. Bones thudded, studs scraped, voices cracked, yet naught came from our efforts save the enshrinement of the score line.

When the whistle came, the warring found a strange pause. The battle pulled apart, and again we filled our hands with shirt. We knew we could lose this in a thumping heartbeat. This was the best team we were going to play. And, perhaps, we feared that this was the best we were going to be.
But then, we remembered our desire. We remembered losing to Oakham and Stowe, teams we should have butchered, buried, and forgotten. We remembered how, in our first week back, we could hardly string five passes together. We remembered all those missed tackles, slipping hands, and hurting faces. We wanted it more than them.
We fell back in to formation, like slabs of stone in a wall. Warwick were terrifying. Provoked, enraged, emboldened, they snarled for the whistle. It came, the ball rose, and the ceasefire was shattered. The fires beneath them were stoked and flaring, and their anger was dark and tearing. They raged into our midst, stronger than before, braver, faster. We fell back and back, overwrought, overcome. They shunted and splintered, hammering us into the grass. Our try line loomed behind us, beckoning the blue and whites, dragging the red and blues. The white paint now stared up at us, scuffed and ripped by our boots. Will Brentford called for courage, and, to our amazement, our hearts answered. For 15 agonising minutes we defended that line. Those blades of grass meant more to us than anything. They belonged to the U14 Bs.

Eventually, after an age of blood and fear, we regained our ball. We kicked it, we chased it, we held it, we won it. The greatest game of our lives was almost ours. Victory shone before us. We were so close.
The seconds ticked as we flew out of the line, choking their attack, starving them of oxygen. We shouted and organised and plotted, fixing a wall wherever a Warwickian roamed.
When the final whistle blew, elation reigned. The field was awash with pure whooping jumping howling delight, save for the shadowed faces of mighty Warwick, fallen and vanquished.