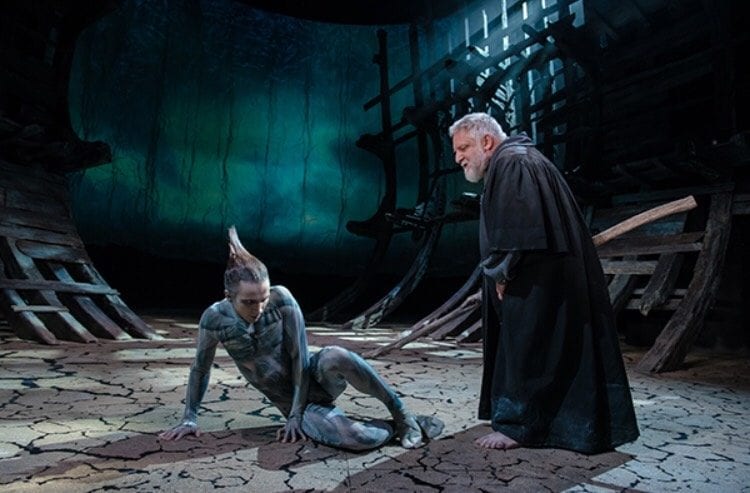 How does Shakespeare make Act 1 Scene 1 of ‘The Tempest’ an effective opening to the play? Look closely at how Shakespeare uses language.

An audience attending what they thought to be a romantic and light-hearted play would have been shocked by the violent and dramatic nature of the opening scene of the Tempest. This play,  supposedly the last play he wrote alone, has the most spectacular opening of any of his work, in the form of a fierce storm which gives the play its name. Both the audience and Shakespeare would have been aware of the various world explorations, and especially of the news of the ship the ‘Sea Adventure’ which had been wrecked just off the coast of Bermuda, on its way to take colonists from Plymouth to Virginia in 1609. All were presumed lost, but in May 1610 they arrived safely, having taken shelter and rebuilding the ship on the island of Bermuda. The Tempest was first performed in 1611. As a well-read scholar, Shakespeare may also have taken his inspiration from various pieces of Classical literature such as ‘The Odyssey’, which talks of cyclonic storms, shipwrecks and monsters in great detail.

Although special effects technology was limited during the Jacobian period, Shakespeare still gives clear directions as to how the start of the play should be orchestrated, by giving instructions such as ‘a tempestuous noise of thunder and lightning heard’. Metal sheets would have been used to create the sound of thunder and to get the audience’s attention focused on the start of the play with its dramatic effect.  Although lightning has no sound and would have been almost impossible to recreate in Shakespeare’s time, the audience itself could easily have imagined the bright light in the middle of the man-made storm, and perhaps flaming torches could have been used on occasion to conjure the fire-like light (however this seems unlikely as the playhouse roof was made of wood and straw, so could easily have caught fire). These special effects, together with the actions of the players would have harmonised to form a dramatic opening – there would have been whistling coming from the mariners – ‘Tend to th’ master’s whistle’, shouting from both the mariners and the aristocrats – ‘mariners: all lost! To prayers, to prayers, all lost! ….Gonzalo: The king and prince at prayers!’ – this would have increased the tension and added to the loud atmosphere of chaos. Actors would also have been running across the stage, and be placed a varying heights of the stage to add to the array of chaotic happenings and to create a sense of dimension. The wind is also mentioned, a sound which could have been created again by the metal sheets, or indeed the music from the orchestra – instruments such as flutes and piccolos make the tinny sound very close to that of the wind itself. Therefore by using special sound effects such as metal sheets, manipulating the actions and voices of the actors and by using the orchestra to conjure a violent and dramatic opening to the play, Shakespeare makes Act1, Scene 1 an effective opening to the play.

The Tempest is a play generally categorised into the genre of ‘romance’, but there are many of the play’s other intricate and symbolic themes introduced during the very first scene. We are not introduced to all the characters in the first scene; however we are still introduces to characters from all walks of life, such as the King of Naples: Alonso, right down to the lowly boatswain, part of the crew steering the ship. From these two characters we can instantly discern that there is a major class divide – those in high society such as the king, used to luxury and power, and those in the lower class, working even in fatal conditions to make ends meet and used to the harshness and severity of nature. The class divide is quite clear when, during the storm, the aristocrats still believe they are omnipotent and can tell the sailors what to do. However, soon after they realise that it is no longer any use even blaming the sailors, for they find out that no one is more powerful than nature, or indeed God’s will. This realisation hits them when the boatswain tries to reason with them: ‘ What cares these roarers for the name of the king…if you can command these elements to silence, and work the peace of the present, we will not hand a rope more’ – these sailors are doing everything they can and know to stop the ship from going down, and there is nothing that anyone – even the king – can do. Also, the theme of love and hope so commonly seen in romances is missing from this first scene, surprising the audience, for it seems that all is doomed during this period of the play. Finally, by opening the play with a storm, Shakespeare introduces the theme of fate by demonstrating the power of both God and nature – fate is uncontrollable by man, and was especially linked in pieces of Classical mythology with appearances of those such as the Furies (whose likeness appears later on in the play). Therefore by surprising the audience; by exaggerating the role of God and of nature in our fate and survival; by portraying a huge class divide, but making the suffering and fatal disaster equal to all classes, Shakespeare makes Act 1 Scene 1 an effective opening for the play. 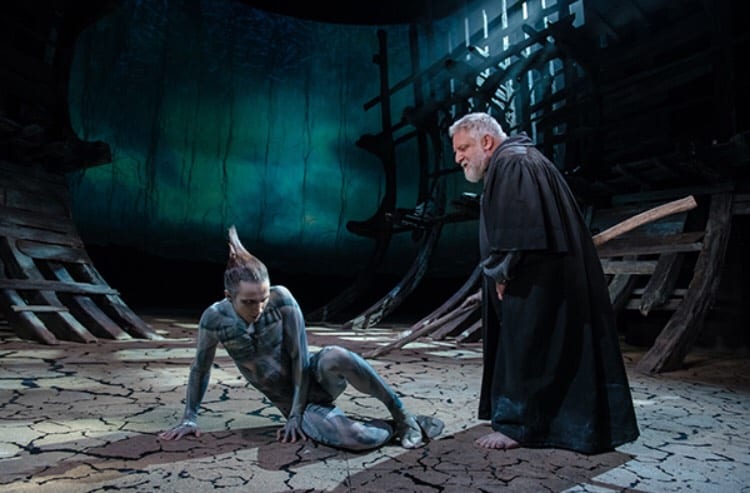 The class divide adds to the effective opening of the play with the sheer tension it causes. The conversations between the aristocrats and the sailors are almost abusive in nature, with curses being thrown both on both sides and frustration growing to match it. The sailors are used to the storms and know how to control the boat, whereas the aristocrats have never managed a ship in their lives; in contrast to this, the aristocrats wield all the power on land, and the sailors could be hanged for the things that they say to those who normally hold power over them during the storm. The aristocrats panic during this scene, and pass off their anxiousness in superiority. The sailors start off more confident, but with anger and annoyance at the aristocrats tainting their voices, but do not hide their feelings of despair when they believe that they are doomed. Here, we can infer that the roles are reversed, as it is the turn of the sailors to order the aristocrats, and although they do not bow down without a fight, the aristocrats grudgingly do as they are asked in the end. The language that the boatswain uses to talk to the aristocrats is different to the way in which he speaks to the other sailors, however. Talking to the other mariners in an almost positive manner, asking questions such as ‘here master: what cheer?’ In a civil way, and in that instance obediently. On the other hand, the boatswain is almost instantly hostile, seeing every interaction with the aristocrats as ‘[marring]’ their labour, and insinuating that they are in fact making the storm worse – ‘you do assist the storm’. This is said with very little respect, and mirrors how the aristocrats talk to him. Shakespeare also adds a bit of humour in the severity of the situation by making the aristocrats oblivious to what the current situation is – Gonzalo tells the boatswain to ‘remember whom thou hast aboard’ , as if the customs of having the upmost respect for the king were still more important than saving the lives of the others. The boatswain’s reply, although blunt, puts the situation in perspective – ‘none that I love more than myself’ – in that moment in time, no title matters more than trying to stay alive. The audience can laugh at stupidity and the blindness of the aristocrats , which adds both a light-hearted touch to the opening scene, but also emphasises the severity. Therefore by emphasising the class divide by using devices such as role-reversal and a touch of humour, Shakespeare makes Act 1 Scene 1 an effective opening to the play.

Another way in which Shakespeare makes the first scene dramatic is by filling it with technical language of the sailors, making it seem even more realistic. For example, even the title ‘Boatswain’ gives the play a realistic edge, rather than calling him another Italian name as the others are – it really makes the audience feel as if they are on the ship, as this title would not be used outside the ship. The language used by the sailors such as ‘bestir!’ and ‘take in the topsail’ shows their knowledge of the matter and makes the scene more authentic, and in turn the aristocrats lack of knowledge is shown by their lack of use of this specific language – they appear useless in the situation. The slang used by the sailors such as ‘yare, yare’ also emphasises the class difference compared with the more refined language used by the aristocrats. Therefore by using technical language, Shakespeare makes Act 1 Scene 1 more realistic and dramatic, making it an effective opening to the play.