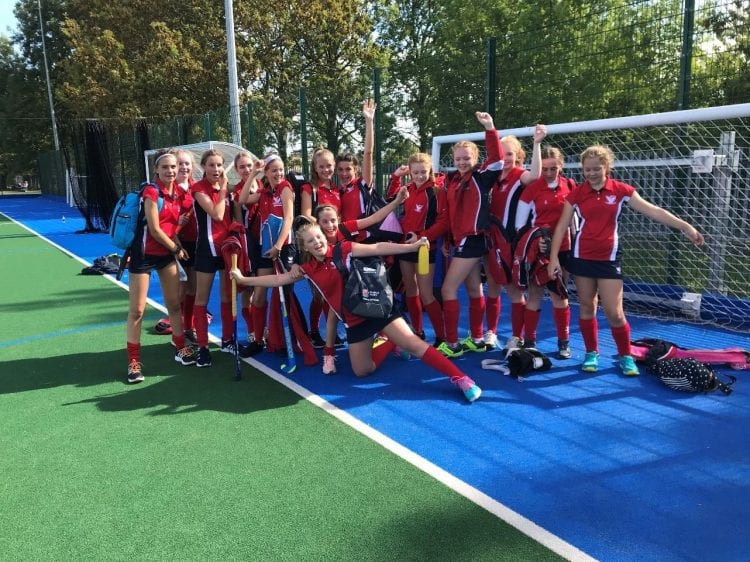 Florence Patterson U12B- she showed fantastic pride in representing the school alongside working tirelessly up and down the wing throughout the match.

Millie Bird U12C- who showed physicality and resilience in both attack and defence and belonging as she captained the team to a great 3-0 victory.

Amy Rule U14B- Amy put up a good fight in Centre Midfield on Saturday against some very strong players. She showed Co-operation and independence to do her very best for the team.

Zara Williams U15B- Zara was feeling ill and wanted to go off, as did a few others, but realised that she was crucial in defence – so allowed another girl off instead and played through.

Once again the seconds performed exceptionally well to pull off a 5-0 win against Bedford. Eve reading held the team together with her powerful feeds into the circle and a well earnt goal. Kitty showed composure on the ball when faced with a 1v1 with the goalie. Once again, the defence held strong and Eloise made some great runs down the wing. Pippa and Lauren formed a strong unit, with Lucy making some fabulous saves; leading us to our clean sheet of a score. Overall the team worked very well and we are all very pleased with the result.

We had a great win at the weekend with the final score being 1-0. In the first half our defence and midfields put in a strong performance meaning that the goalkeeper saw little action. We had plenty of shots at goal and some stand out performances by Amy, Poppy and Molly. Eventually Molly managed to get the ball through the Bedford’s goal keepers legs to open the scoring. We all cheered and Mr Richardson looked very pleased with our team. We used our wings very well which helped us keep the ball up near the goal we were scoring in.

At half time we had a long team talk about keeping our heads up and keeping focussed on the ball.

In the second half Bedford showed us some strong forwards but our defence was just too good. They had a couple of shots at goal but none went in due to the great goalie, Izzy! Despite us having some more attempts at goal unfortunately none went in, we were disappointed but kept trying. The game finished with no more goals but our second win of the season.

At the end of the game we did our three cheers lead by our excellent captain Amy. We chose our players of the match and Izzy was pleasantly surprised to be nominated by Bedford.

Our talk at the end was very positive and we were all very happy. 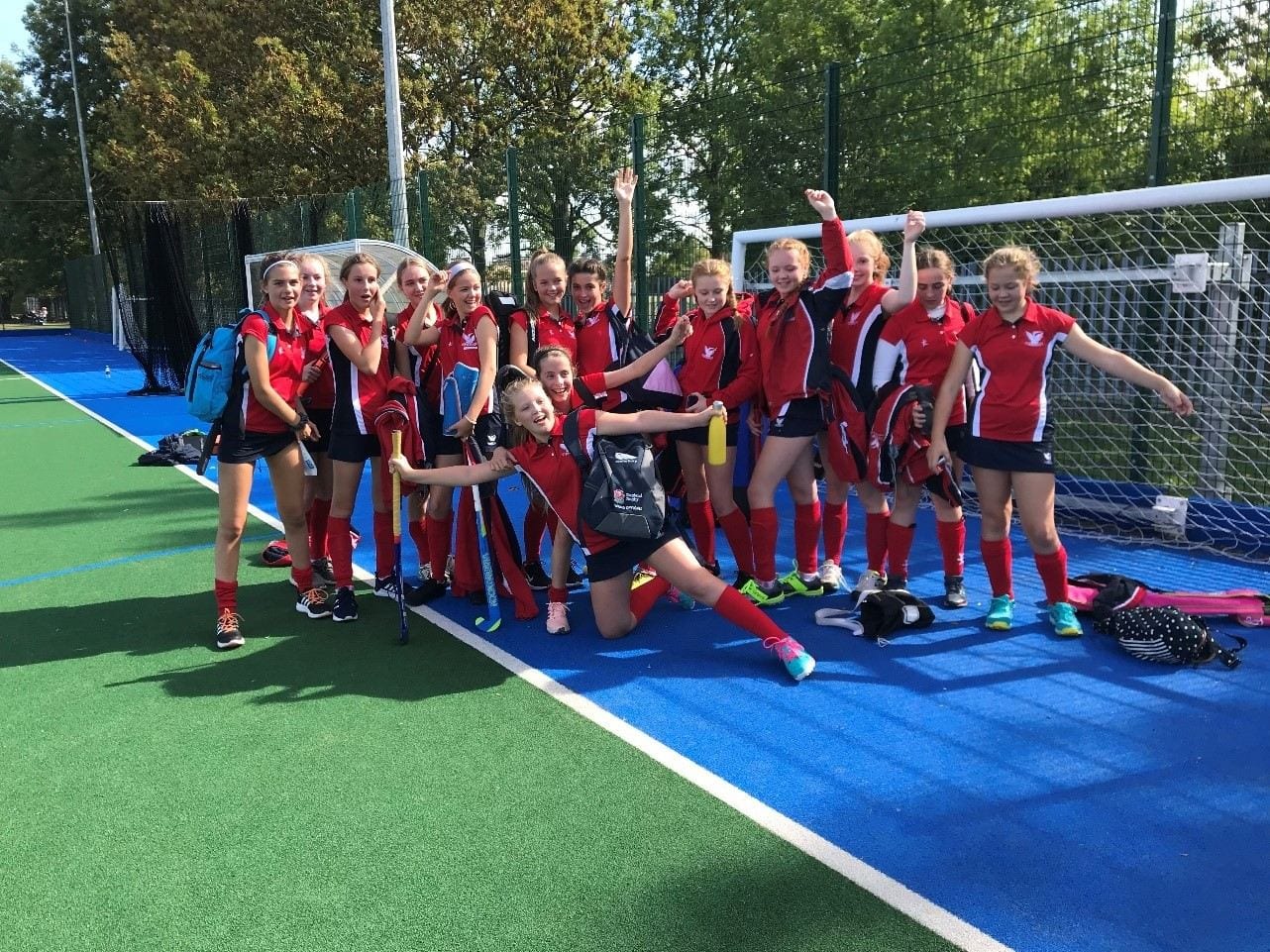 On Saturday the 15th of September , Stamford  travelled down to Bedford to play Bedford Girl’s school. The match started off with a Bedford centre pass. Both teams started off with strong play. Penny Phelan played brilliantly in defence showing some incredible tackles and set ups, and our Goalkeeper Jemima Hitcham, saving some tough goals, but unfortunately 2 goals slipped through, leaving Stamford two goals behind.

After an inspirational talk at half time from Mrs Smith we came back fighting . At the end of the match we gave got new tactics of breaking through the wall the opposition kept around us and just some more shooting practise to make our attackers more confident to take a quick shot under pressure. Overall a very well played match.

Saturday the 15th was the day that Stamford U13 Es played Bedford. They won 3-0, sadly for us that had meant that we had lost our 2nd game of the season. We found that playing without a goalie was a slight advantage to Bedford; but we didn’t have worry too much as we knew Tabitha was in goal. At the end of the first half Bedford were winning 2-0 and we knew we had to get those goals back. Alice and Hattie were both very strong and consistent upfront. There was a lot of communicating throughout the game, which is vital in any match. Annabel played extremely well in defence saving many shots from the opponent team. As a team we should of used the ‘countryside’ tactic instead of crowding in the ‘city’. We came back feeling a bit disappointed with the score, but we felt we had done our best. We are determined to win our next game.

As the game started we were slightly nervous following our first match, which was a tough one, against Witham. We were determined to work well as a team and tried to space out across the pitch.

We used the wings well and had some brilliant runs from Ivy and Gemma. This meant that we could get the ball into the D for Isla and Evy. In contrast, we had some excellent defending from Emily and jess and of course our goal keeper, Maddie. Meanwhile, Ella showed some good skills and was able to pass the ball quickly.

To improve, we need to think about our game play. By looking up before a pass, we can find better passes that will help us to move further up the pitch and not give the ball away to the opposition. We also need to take our time on the ball and not rush, while still having fast ball pace and making sure that the game flows.

We had a very tough match and overall, I think that we played well. It is still early in the season and hopefully we can develop as a team as long as we keep working hard and stay focused to improve.

The U12 Bs match against Bedford was great, the whole team worked together very well. Considering this was only the second time we have played together, we are really starting to get to know each other and working well as a team. The first half of the game was good, we where a bit slow to start with but when the 2nd half of the match came we really pulled through and fought for the ball! The first half Florence Patterson scored an amazing goal for the team which led to 1-1 score at the end of the 1st half. During the 2nd half Florence scored another incredible goal. Leading onto Issy Hunter scoring a final and fantastic goal! 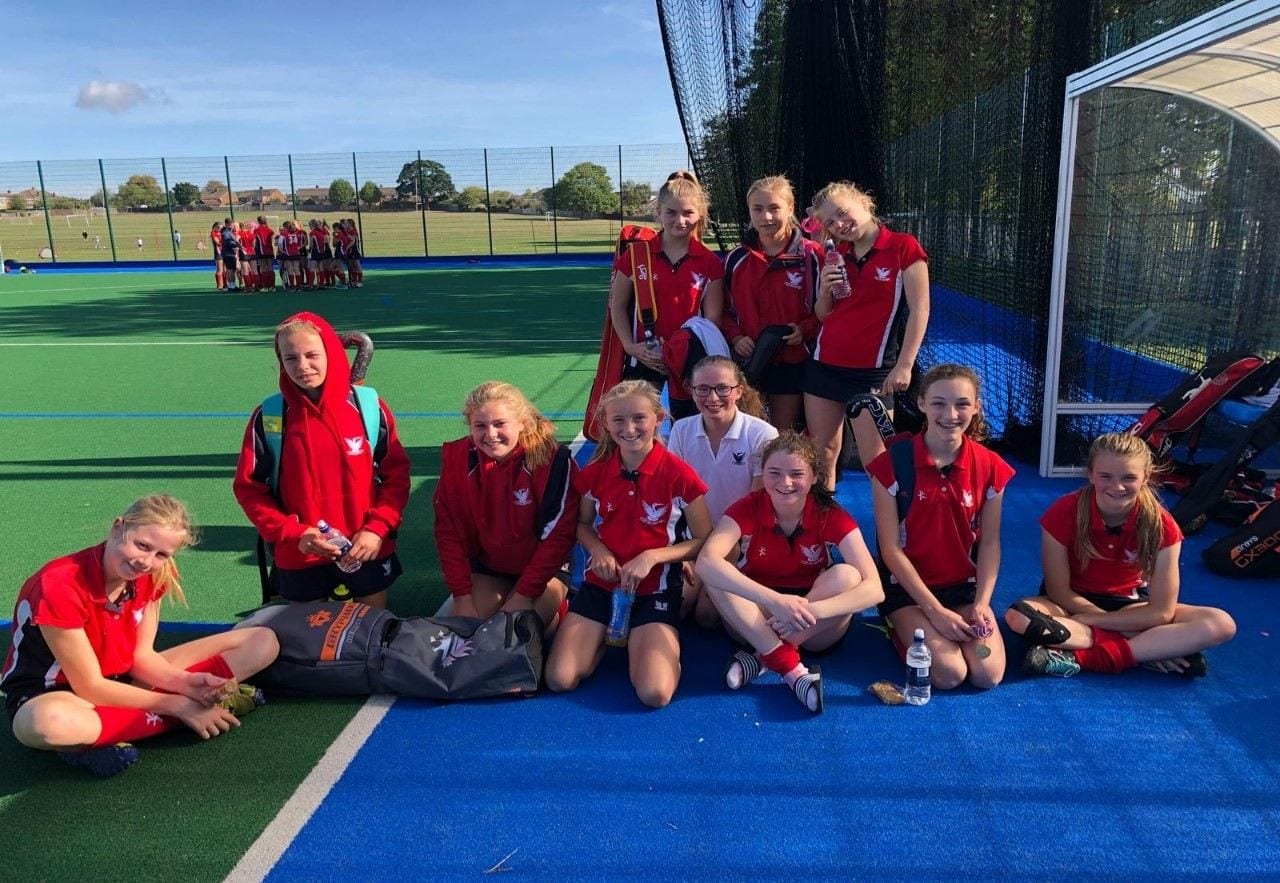