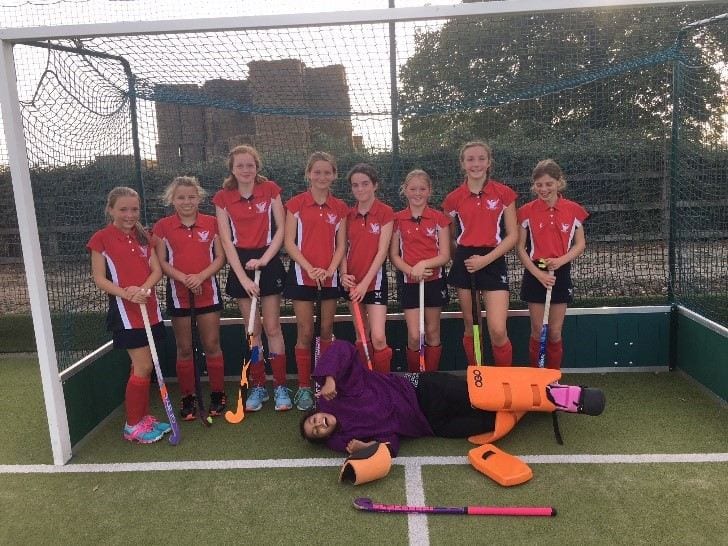 Player of the Match: Beth Nasey

It was the first match of the season for the Stamford High School U12B team. We were all very excited during the coach journey with lots of chatting and laughter.

After a warm-up and encouraging team talk we started the match strong.  After only a few minutes the first goal was scored by Emily Traylen, this was a big boost for the team. After a strong push back from the centre-forward we were set up and ready to score another goal, the great team paid off as Lotte Beaverstock scored a second goal. Strong passing between the Stamford team resulted in Florence Patterson scoring a fantastic third goal and at this was all in the first half of the match!

Miss Leddy gave us some great tips at half time and before we knew it the second half commenced. Witham took the next goal, but Stamford then brought turned the game again and Emily Traylen scored her second game of the match We fought so hard being so determined, the final score was 4-1 to Stamford.

The whole team were so tired after the match, but we were all delighted with the result. Everybody played so well. A very special shout out to Beth Nasey for being Player of the Match.