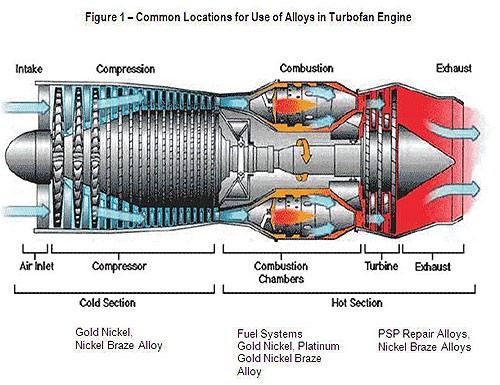 How a plane works

A plane engine works by air coming through the intake and then going through the axial compressor. Then it bypasses through the compressor wheels which contain of 3 large wheels and about 15 thinner wheels, which then feed to the centrifugal compressor which feeds into the air drivers on that splits it in two. This then feeds through the top or bottom of a flame which is in the combustion chambers. The compression electronically creates heat which creates a flame to heat the air. The air then goes through the combustion chambers to flow through a hole into the turbine which then is pushed by 3 wheels that also creates extra push and then the air goes back into the atmosphere .

First of all, the pilots will taxi the plane onto the runway then they will lower the flaps down and begin take-off procedures, which includes to pull the throttle up to full speed and release the brakes to get maximum lift.

A typical commercial jet needs 5,500-6,500 feet of runway [not bigger commercial jets] to take-off from, it also needs to rotate mid-way in that period to get a   good lift-off. The best angle to be on is a diagonal line to 50 feet which would give enough elevation to get a good climbing angle. 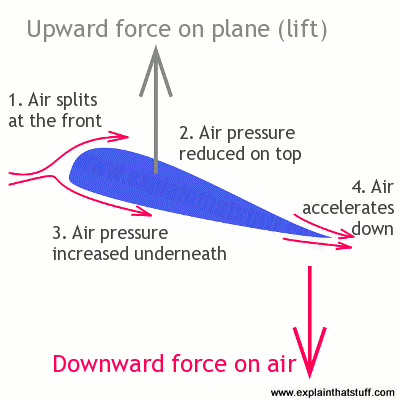 At the beginning, the air splits in two. 1 quarter goes above and 3 quarters goes below and the air going below is going slower because of its curve and that reduces the air pressure above. The air going below the wing creates an upwards motion that is called LIFT