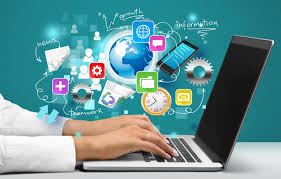 Technology has decelerated the evolution of human language and communication…or has it?

The latter would suggest that technology has decelerated the evolution of our communication as a society because of the ‘linguistic compression’, as language specialists call it, used in messaging and social media. This includes vowel deletion such as ‘ty’ (thank you), phonetic spelling like ‘c u later’ and initialisms (‘wya’, an abbreviation of ‘where you at’, i.e ‘where are you’). This conclusion would be categorically wrong – abbreviated ‘text speak’ communication gets the message across quickly and easily, replicating genuine human interaction in which the quick reply time from both communicators mirrors real life conversation. Linguists Brown and Levinson referred to this as ‘synchronous communication’. This mirroring of real life and technology shows that technology has in fact accelerated the evolution of communication within our society. We replicate communicative reality simply by replying much more quickly now than when technology was less developed – on average, an American checked their phone 46 times a day in 2015 as reported by Time. It doesn’t bear thinking about how much that number will have increased over the past 3 years! The content of the communication between people online shouldn’t be the focus of technology’s effect on language, because the really astounding thing is the rapidity of communication over technology. It can be as quick as speech, plus, we can communicate more from wherever we want to, be that from the sofa, the sea or Stonehenge. Anywhere, anytime. Wot’s not 2 luv?

We are becoming more versatile in our language use. As we communicate online with people of different ages, ethnicities, genders and social status the ‘pragmatics’ of our language are becoming more flexible. We are able to understand the linguistic variations of different communities, simply by observing from a distance their language use online. Neologisms, or newly formed words, often emerge from a particular community and spread to other communities through technology. Take the word ‘peng’, meaning ‘good’ or ‘good-looking’. This word is of Jamaican origin but rose to popularity online through music and as black Londoners with Caribbean heritage used it. This word has rapidly become mainstream as a result of technology, allowing more than just one ‘discourse community’ to access it and understand it.

Another argument against technology furthering our communication skills is *yawn* the effect it has on literacy. Anyone who claims that kids at the moment don’t read and write as much as they used to would have to either have been living under a rock or be an utter imbecile. We read and write more than we ever have, pick up new slang easily, not to mention what ‘txt speak’ does for children’s understanding of phonetics. The Telegraph reported that “using abbreviations like ‘gr8’ and ‘1daful’ require children to sound out spellings – this can actually help them when they come to learning and writing words.” The effects of technology on the human language don’t have to be approached so cynically as to assume there are few benefits. Although the content of social media and messaging may not be held in quite so high esteem as the content of books, reading is reading, and children can still learn from it. The kids are alright. Youth always leads the way and this time it’s technology, but my grandma’s on Instagram, catch up!