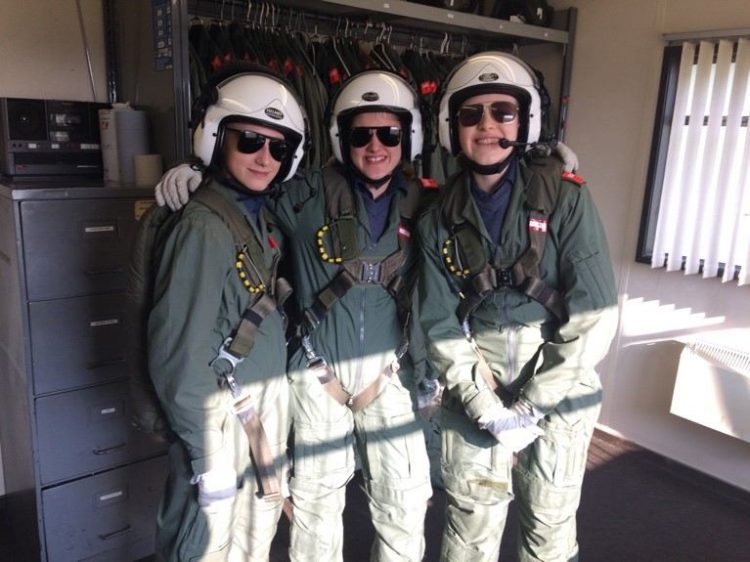 On Thursday 22nd of February the RAF  cadets,   set off to RAF Cranwell. The excitement was palpable! We were all bubbly and nervous for the flight, (some had flown in a Grob Tutor plane before but most of us had not) and it was a brand new experience that we will never forget! 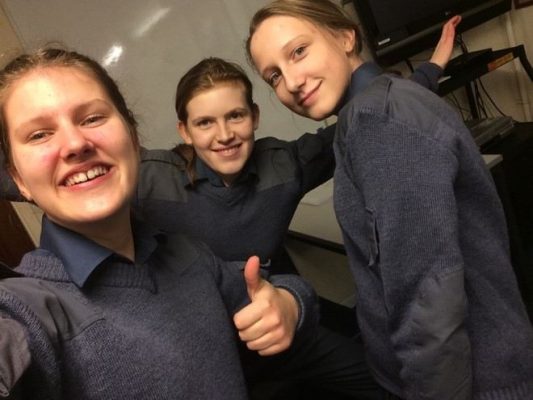 When we arrived at the base we walked through to the correct department building and there we set up camp in a room near the offices for the airfield. We got comfy and managed to play a few games of table football. We then had an officer come in and put on a video to show us how to get into our jumpsuits and parachutes and what to do if there was an emergency. After this video the first group of four went out to fly. The 2nd group chilled and watched Top Gun on the tv ( the DVD joyously found in the bookcase) and smashed out some competitive games of table football ( I lost every game).

We then got called to go out for our turn and met the other cadets, on the way out to the building containing the equipment. The 1st group made  us even more excited with big thumbs up and lots of ‘it was awesome!!!’ Emily, Eloise and I went and did a practice of what to do with the parachutes if there was an emergency, and then we went to get our equipment. We were handed a jumpsuit, some awesome white leather gloves, a helmet with a cool visor and our parachutes (possibly the most important item of all). We then got given sunglasses, and this action gave all of us great joy through our belief that with the sunglasses we looked like Tom Cruise in Top Gun. We felt pretty special in that beautiful moment! 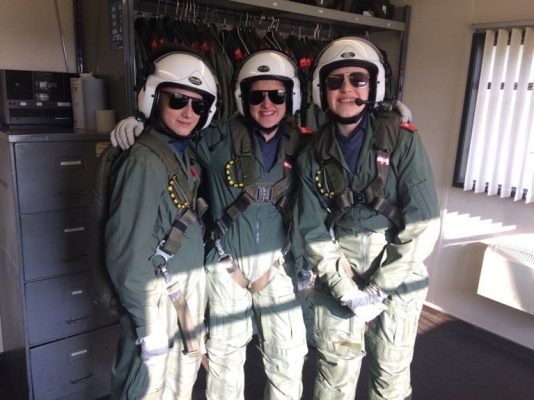