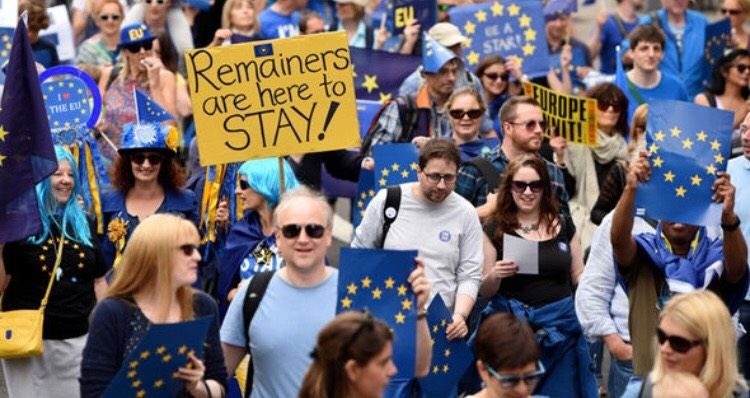 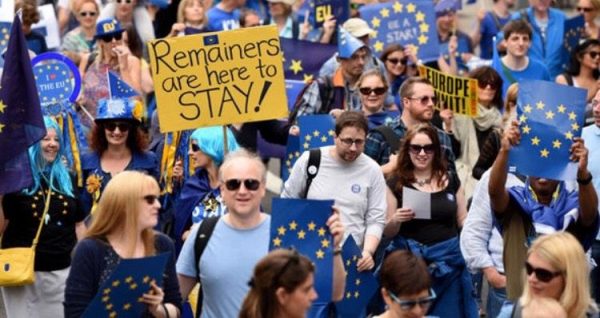 Remoaners are the people who are trying to stop Brexit even after the referendum declared that the UK should leave the EU by moaning and coming up with ways to trick the public. The main remoaners are Alistair Campbell, Tony Blair and Nick Clegg who have all had their day in Parliament but feel compelled to reengage in UK politics.

They have manufactured language to disguise Brexit onto a spectrum. At one end of the spectrum is a ‘soft’ Brexit and at the other is a ‘hard’ Brexit. This language was carefully developed to deceive the electorate into believing that a ‘soft’ Brexit is actually a form of Brexit. In Nick Clegg’s book, ‘How to stop Brexit (and make Britain Great again)’, Clegg explains how he and the remoaners have come up with a way of lying to voters by coming up with terms such as ‘hard’ and ‘soft’ forms of Brexit. A ‘soft’ Brexit is seen by most people to entail a strong relationship with the EU post-Brexit and staying in the customs union and the single market in the hope that in a few years the UK will renegotiate a deal to join the EU without public uproar. This, really, is no different from the relationship which the UK has with the EU now and is remaining in the EU in all but name. People refer to a ‘hard’ Brexit as having a very loose relationship with the EU post-Brexit which will mostly consist of trading deals and defence. These terms are very clever in that they frame the language to seem as though the UK would leave the EU as the name suggests but in reality the UK still remain with a very strong relationship inside of the EU. As well as this, this language is very clever as the word ‘hard’ in a ‘hard Brexit’ almost suggests a sense of extremity which, in many cases, has dissuaded people from supporting it.

Another way that remoaners have framed language into dissuading the public from Brexit is by saying that no deal is likely, and the result from this would be a ‘cliff edge’ as the UK would have to trade with the EU on WTO terms. This is another example of hyperbole as many countries manage to trade on WTO terms and it is safe to conclude that the UK would have no problems in doing so. Also, remoaners have not talked about the tariffs that the UK could put on imports to the UK. An example of this is that 820,000 German vehicles were exported to the EU last year, accounting for 3.6% of Germany’s GDP. With UK tariffs on these imports, which we do not have at the moment due to the EU free trade agreement, the UK could make billions as well as almost force the German-dominated EU to stake a deal with the UK.

In conclusion, the remoaners are doing everything in their power to stop Brexit. They are prepared to deceive voters to achieve their aim of stalling Brexit by adopting stealthy tactics and using language in a scamming way. Very frequent media appearances reinforce remoaner’s opinions on the general public. Although the government’s position on Brexit is unclear, the Prime Minister, Theresa May, has said that she will leave the customs union and single market. If this happens, hopefully, it will result in a more prosperous Britain without the influence of the corrupt and troubled EU.