Our trip to CAMBRIDGE

The cast gallery and other adventures

We were both very excited for this trip. We set off in the school car, and arrived in Cambridge at 1 o’clock. We set off to the Cast Gallery, only a five-minute walk from where we parked. The cast gallery had many beautiful replica statues of heroes, mortals and gods. 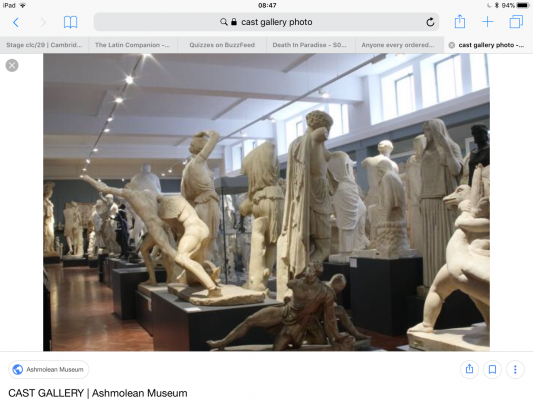 A statue of the goddess Diana (also known as Artemis) is portrayed in the Cast Gallery with magnificent drapery of silk wrapped around her front, moving dynamically as she draws an arrow from her quiver. We can also notice the fine detailing in her sculptured leather sandals, pinned up hair and startled facial expression. Her other hand restrains a stag (often the symbol to identify the maiden goddess in myth), as she looks off into the distance, maybe anticipating the hunt. We think that the statue would have belonged to a rich household, perhaps to hope for a good omen once their hunt had begun. 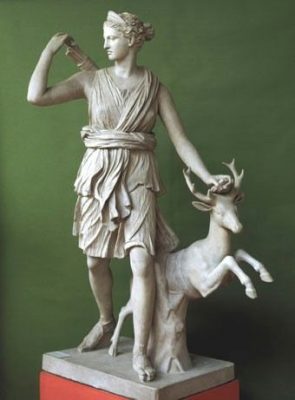 Sadly, the Fitzwilliam Museum was closed but since we had both previously been there on a Latin trip we were not distraught over this. However, we did have enough time to bask in the beauty of the architecture of the marble building replicated from Ancient Greek and Roman temples (as shown in the image above). The building features pediments and metopes as well as both Corinthian and engaged columns. The sculptures displayed there were beautifully carved and gloriously life-like in their artwork.