The boiler has broken at home. Yes, we have no heating. Yes, I wear 4 layers to bed. Yes, I hop awkwardly from foot to foot shivering while getting dressed. However much of a dreary and chilly experience this has been, it reminded me of a book I read (and quickly became obsessed with) over the Christmas holiday.

I Capture the Castle by Dodie Smith tells the story of the 17 year old Cassandra Mortmain and her eccentric and impoverished family living in a castle in rural England in the 1930s. To compare my central heating failure in the bourgeois comfort of Stamford, to the cold yet quaint romance of the castle depicted by Smith would be completely absurd and a far cry from a valid comparison. But, the cheerfulness of our fireplace did seem to imitate the flicker of the Mortmain’s fire in the first chapter of I Capture the Castle. The Mortmain sisters, (particularly the oldest, Rose) are determined to marry, as the gloom of poverty has taken its toll on the previously financially comfortable family. This was of course before their father, a previously successful author, suffered from crippling writer’s block.

The novel explores the transition from fast-ebbing childhood to adolescence as Cassandra, the narrator, grapples with the startling affliction of first love and the confusion that comes with it. This along with first tastes of resentment regret and cherry brandy makes for an astonishingly authentic account of life as a 17 year old. It is British to the core, with that familiar dry and impassive humour, and the rarely paralleled romance of the rolling dark greens of the countryside. Reading I Capture the Castle as a young adult, I find the charismatic narrator, Cassandra, is an ideal vehicle for communicating the complex emotions of a teenager; no surprise there, as Smith drew from her own diary as a 17 year old to inform the novel. The delivery of such intricate emotions is expertly done, creating a likeable yet completely genuine protagonist. Smith depicts this transitional stage in life as explicitly as is possible without being patronising – a rare quality, I find, in young adult books. The relevance of I Capture the Castle, however, is the most impressive triumph on Smith’s part. Nearly 70 years on from its publication, it remains a stunning portrayal of growth, love, resilience and occasionally a form of guidance.

Having fallen in love with the novel (the Austen-like love the Mortmain girls dream of) I imagine that when I look back, I Capture the Castle will be the novel that marked the agonising excitement of being a teenager that I, along with many others I’m sure, experience. 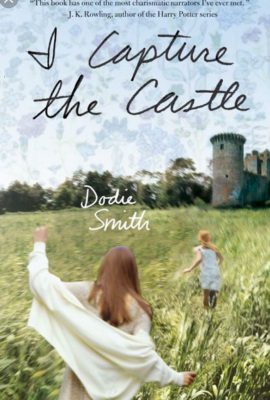