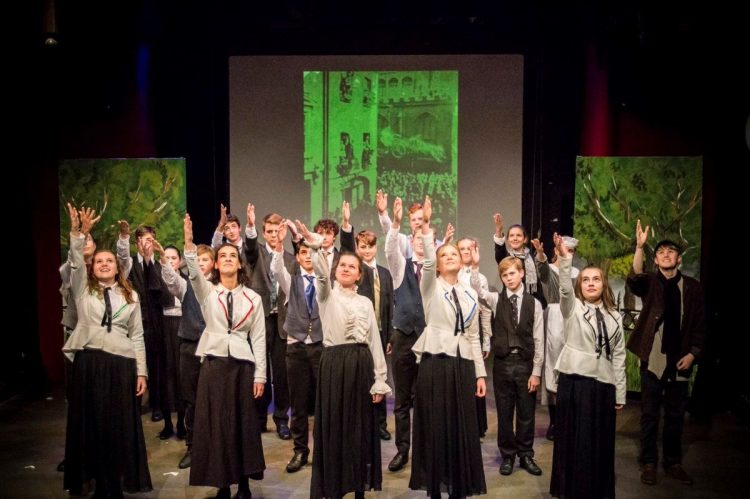 Bluestockings: A script and a slander.

Between the 29th November to 1st December, Years 10 + 11 performed the play Bluestockings, written by Jessica Swale (who we got a congratulations tweet from!) in the Birkbeck Studio. Overall, I would say it was a major success, bar a couple of broken chairs from the set furniture (sorry crew!). After a mere 2 months of rehearsals, a total of 71.5 hours of rehearsal time and a very stressed Mr Rushton and Olivia Longbone, we finally demonstrated to the school and our parents that we had indeed actually been producing something, not having a natter and a slice of pizza three times a week. 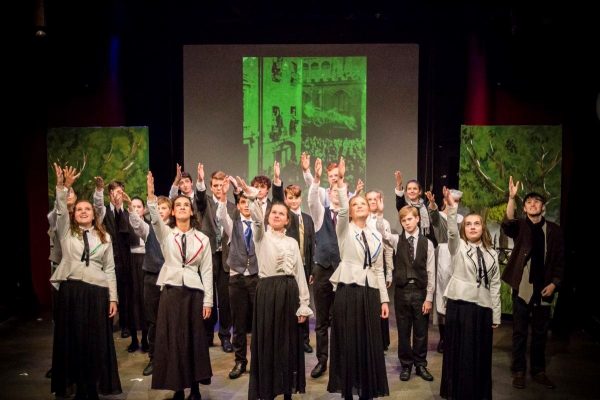 The experience was an interesting one, not least because of the rather unusual gathering of drama students involved, but also because of the play itself. Set in the pre-feminist era of 1896, four girls called Tess Moffat, Celia Willbond, Maeve Sullivan and Carolyn Addison, minus one girl at the end of Act 1 (spoiler!), embark on a war that would not cease for another 50 years.

The play resonates with themes relevant today such as equality and feminism. The plays protagonists were fighting for the right to graduate from one of the most famous colleges in the world at Cambridge University, but their progress was barred by men who decided it would not be “natural” as “women’s nerve centres are fragile” despite the women matching the men grade for grade.

The term Bluestocking has hazy origins, but it plainly meant “an educated and intellectual woman.” And it was not meant kindly. The modern educational practices of Stamford High School would seem like an abomination at the end of the nineteenth century, which is how the Girton girls of our play are viewed. There are constant references to women not being able to expend their energy on menstruation and education simultaneously, and the act of doing both would leave you “incapacitated as a mother”. This preposterous statement if repeated today would be swept aside with modern scientific facts, but at the time this was “scientific fact”, as “proven” by Dr. Maudsley and many men truly believed what they were saying. 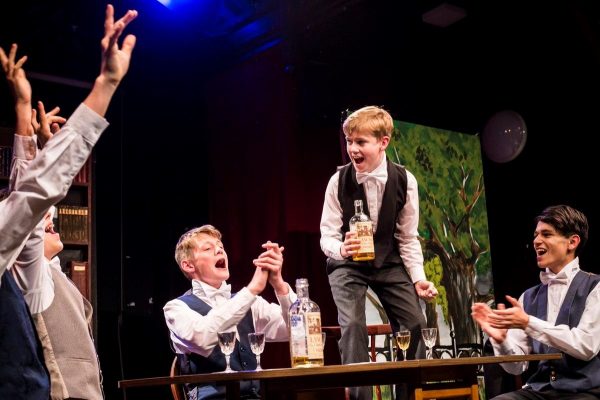 Having done 3 plays previous to this one, I was very familiar with the format of things and how to go about learning lines etc. This doesn’t mean it was any less the challenge however, with 116 pages of dialogue, 25 scene changes and less than a term to complete it in, it did get quite tough. The overwhelming sense of panic that occasionally grips you as someone you vaguely know excitedly tells you they’ve booked tickets for them, their parents, their neighbour and their best friend’s grandparent’s dog, sometimes got a little too much and you had to immediately find someone else in the play and exclaim how few of the many lines you know. But oh, how worth it all is in the end! Once you’ve left that stage for the last time on the final night, the glow you feel is shared with your cast and crew members and you all return to the changing rooms with jubilations of relief, and I couldn’t see anyone without a huge smile.