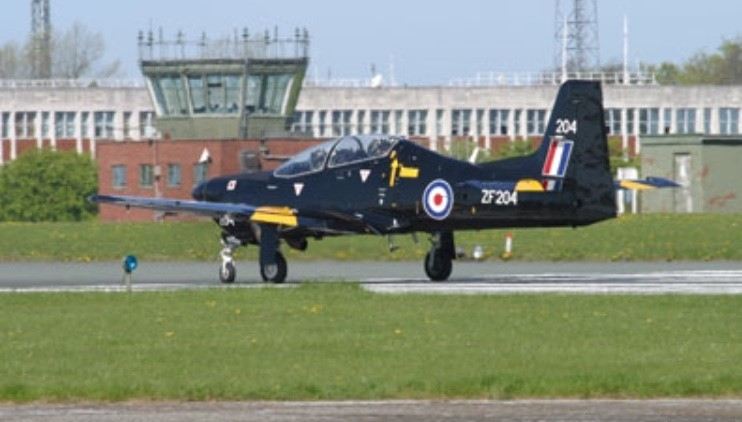 One of the main perks of being an RAF Cadet at Stamford Endowed Schools is the ability to go flying at RAF Cranwell throughout the school year. The immense thrill and rush you get piloting the very modest Grob Tutor is unmatched; the mixture of the speed, the G-force and the aerobatics create an exhilarating experience completely unrivalled to any other.

After only a short drive to RAF Cranwell from our school, we often arrive mid-morning and are greeted to the outdated safety video that often brightens the mood further, making us all laugh at its terrible effects. After this, the first two eager cadets are tested for emergency situations, simulating jumping out of the aircraft and how to use a parachute. After being given a flying suit, gloves, helmet and the obligatory Top Gun-style aviator sunglasses, you are ready to fly.

Upon walking out to the Tutor, we are always greeted by a row of aircraft, with the backdrop of other Tudors taking off and landing. Once inside the aircraft, you are connected to the intercom system and are always greeted with a cheery pilot who chats to you the whole drive to the runway. Once the Air Traffic Control Tower gives the pilot the all clear, you immediately head out onto the runway and take off.

During my last flight, the experience was unlike any other and was by far the best flight I have endured so far. As soon as the pilot had reached a safe altitude for me to take over, I put both my piloting and aerobatics skills to the test. First, I practiced trimming the aircraft. This meant that each time I either pulled back gaining altitude or pushed forward losing altitude, the aircraft was out of trim, meaning the force of the movement acted against my pulling or pushing of the joystick. Using the wheel to my right, I would fix the trim, balancing these forces so when I let go of the joystick, the aircraft would continue to fly in the same position as I had been holding it in. After getting much better at this skill, it was time to practice some aerobatics. 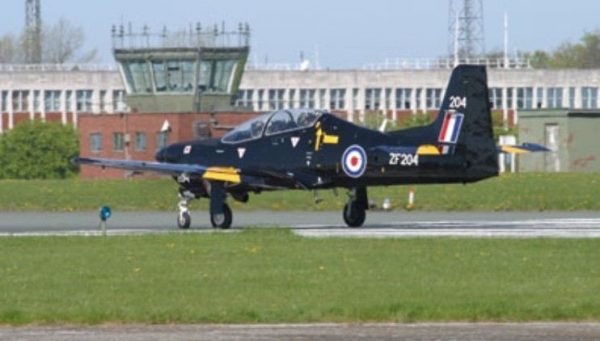 Firstly, we focussed on pulling G, starting at pulling zero G and working up to pulling four G. In order to pull zero, I pulled the joystick towards me and gained more altitude and speed. I then swiftly pushed the joystick away from me, plummeting towards the ground. Upon taking my glove off to see the effects of zero G, it began to float up inside the cockpit and the pilot caught it before it flew too far back into the cockpit. After pulling this manoeuvre a couple of times, it was time to increase the G. I started with a loop, again gaining altitude to gain speed, followed by pointing the Tutor downwards and then pulling it back up again, holding it here until the horizon became level again, roughly pulling three G. After experiencing the thrill of one loop, I decided to attempt a couple in a row. After my fifth loop, the G began to strengthen due to the increase in speed, and I began to pull just over four G, slightly more than what astronauts pull when they are fired out into space. After this, we attempted some barrel rolls and created a sequence where I started out with a loop then dove into a barrel roll, only to finish on another loop. After about forty minutes of this exhilarating and incredible experience, we headed back to Cranwell’s landing strip.

I always look forward to this amazing opportunity, and we are lucky to be offered to go about once every two months. Needless to say, I feel extremely lucky to be able to experience such an incredible thing that so many people dream of trying and is one of the many amazing traits of being an RAF cadet.