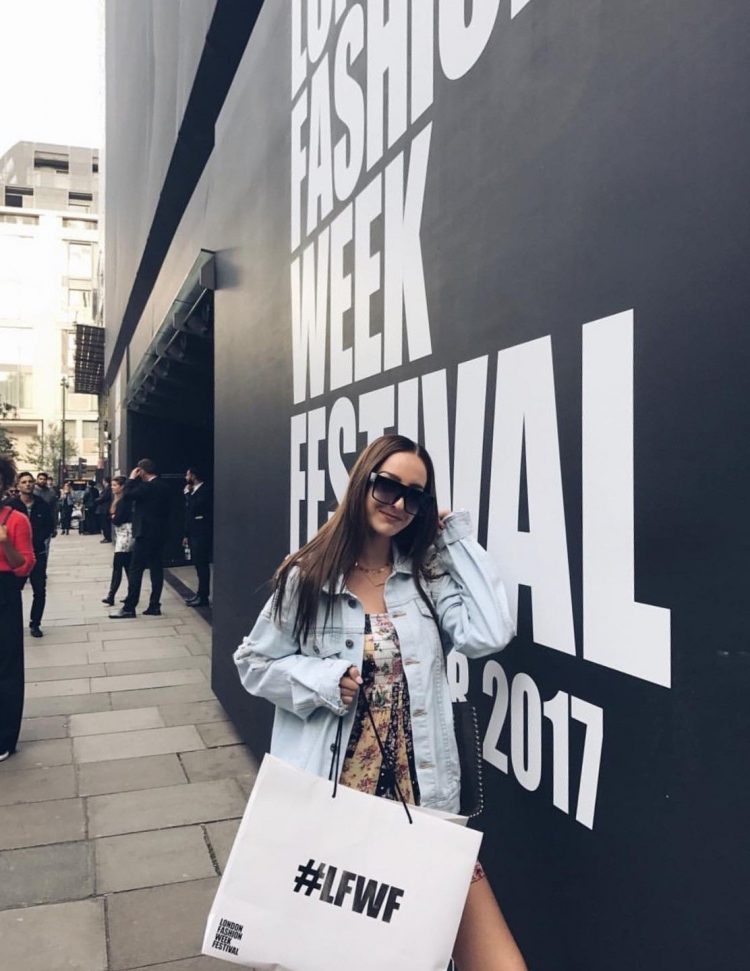 The London Fashion Festival was held at The Strand, from the 21st to the 24th of September.   The Fashion Week was first launched in 1984 and has remained a pinnacle for home grown and international Designers ever since. The Weekend Festival has opened up the world of London Fashion to the fashionistas among us, providing a small insight into an exclusive experience.

As an A level Textiles student, I have been fortunate enough to have attended for the last 3 years and it has never failed to exceed my expectations. This year I went with my friend who studies at the AMFI- Amsterdam Fashion Institute. We’ve both explored the fashion culture of Europe and we decided to immerse ourselves into the innovations of this year’s guest designer, Fyodor Golan.  We both hoped for inspiration for our own works. 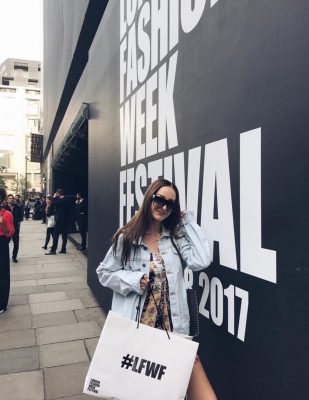 We arrived to find that Polaroid had set up a colourful photo opportunity (gratis for all) by creating an enormous rainbow of balloons that made for an aesthetic backdrop. This perfectly suited this festivals guest speaker Golan Frydman from Fyodor Golan, whose work is saturated with vibrant use of colour, that exaggerate their quirky designs.  Attending his talk, before their Catwalk, provided us with an intimate insight into the workings and inspirations behind the identity that is Fyodor Golan.

There are many possible routes you can take into the fashion industry whether that’s design, materials, social media/ Brand Identity or Buying and management. Listening to Golan talk about his journey into developing the Fyodor Golan brand was so informative.   He shared his individual experience from graduating at Istituto Marangoni in London, to working with the equally innovative designer Alexander McQueen ,as well as Issey Miyake, Richard Nicoll and Rafe Simons. He explained that through his degree and working for other designers he discovered his own unique expression of design, and that if it wasn’t for these formative experiences he would not have been able to establish his own identity in 2011, in partner with Fyodor Podgorny with their brand Fyodor Golan of  “sportswear aesthetics fused into luxury womenswear.” 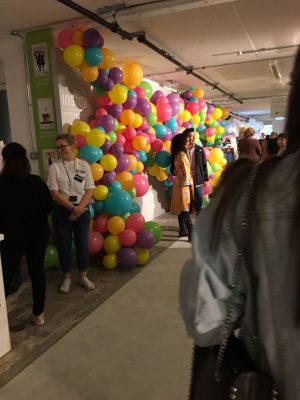 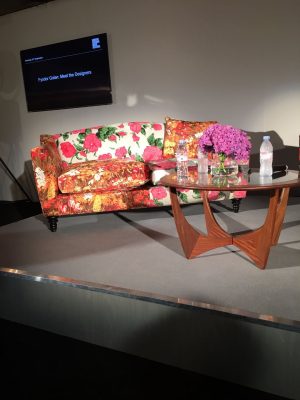 The show itself was a sea of bold colours and geometric prints, the designers pride themselves on designing clothes that women can wear as their own works of art , as opposed to letting the designs wear them. This collection paired bold prints such as dogtooth, stripe and cheetah and contrasted them with block strips of reds, blues, whites and blacks, to create a striking contrast along the catwalk. Fyodor Golan also brought out a smaller more affordable range, that was available to purchase at the event, creating a more inclusive range. I did use some of their designs as inspiration for my A levels piece , however it is the lessons taken from Golan’s talk that will assist me in my journey into the Fashion Industry.