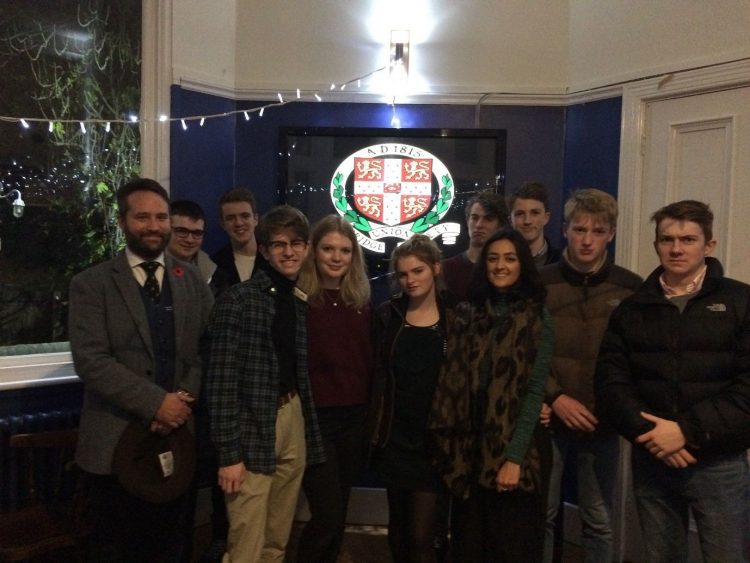 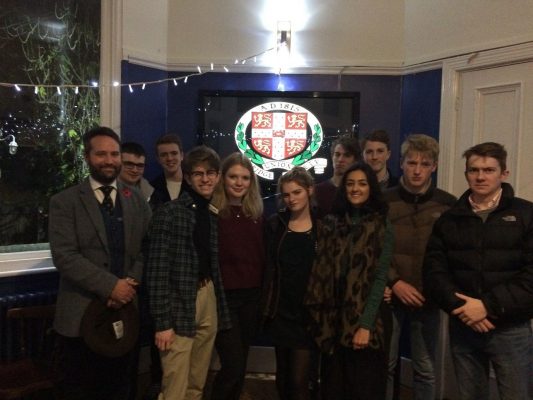 On Thursday the 9th of November at 5:45, our small group of debating enthusiasts departed for Cambridge. We were lucky enough to hear two debates that day, one emergency debate and then the full debate, which ran from about 8.00 to 9:30.

The motion of the emergency debate was “This house believes that if you hide your money offshore, you shouldn’t be on our shores.” The debate was quite focused and concise and tackled the main issues of the matter, mainly the moral and financial implications. A very confident member of the audience part way through the debate stood up and proposed that the motion was awful and that all of the audience should abstain, insisting that it achieves nothing arguing whether these tax avoiders should be on our shores or not. His words certainly convinced many because, at the end of the debate, when asked to shout “Aye” “Nay” or mumble loudly to abstain, many mumbles could be heard. The result, however, was a victory for the proposition, despite the outspoken recusant.

Then began the main debate: “This house has lost faith in faith”. We were greeted with a very dapper 1st speaker, Ken Follett, a famous author and a strong atheist. He took us on a story-like journey of how, over time, diseases such as the black plague made people lose faith in the church and instead gain faith in alchemists and old doctors, who experimented with random remedies, some of which would work, where no amount of praying would. He was very composed and convincing, setting the bar very high for the opposition.

Opposing the motion first was His Holiness, Radhanath Swami, a spiritual teacher, who, much like Follett, debated using his experience and stories. We were told how his childhood took him from England to India over 6 months, how he came into contact with many religions and learnt many languages and scriptures of old, which made him want to unite all religions. Despite seeing lots of conflict between religions, he told us that one constant in all religions was the teaching of love. He cited many quotes from many holy books in different languages to prove it. His point was that humans are inherently loving, so we still have faith in religion, which is founded on love. He provided some valid points, although his argument was a lot more convoluted than Follett’s, which made it quite hard to follow. At times he told us how all religions should coexist, with the soundbite “unity in diversity”, which I didn’t feel contributed much to the motion, but, rather, reflected his personal fight.

It was from the third speaker onwards that the debate became very different, much unlike our own debates, where we stick closely to the topic in an organised fashion.  Here the debate took off in many different directions between the floor, the proposition and the opposition. Arguments over why evidence holds greater validity than religious texts, the first hospitals being Arabic, Buddhism being a religion, Islam being insensitive to homosexuals and religion changing took off. Much of the talk from thereon was very hard to follow; it felt more like the speakers wanted to speak about their own agendas and mask it as being relevant to the motion. This style of debating was very alien to me, and I found myself leaving through the ‘abstention’ door as I felt the debate hadn’t really addressed the motion. I found myself debating ‘This house has lost faith in Cambridge Union debating’ on the bus home.

My conclusion on the matter was that the more open-ended debating style didn’t appeal to me. However, it gave the group good insight into how debating changes throughout education so that we may be more ready for that style when we attend university ourselves.

Many thanks to Mrs Leetch and Mr Gloucester for organising the trip.