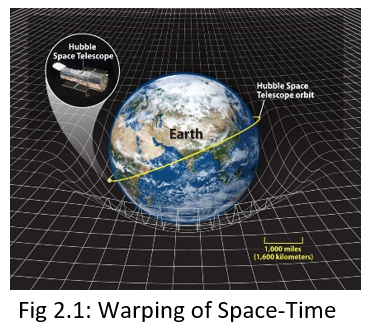 In the early 1900s Albert Einstein released two papers that changed the way we perceived the universe forever. The first of these papers to be released (1905) was ‘The theory of Special Relativity’, the second (released 1915) ‘The theory of General Relativity’.  However, the groundwork for the next great theory was already in motion before Einstein published either of his papers; in 1900 Max Plank proposed ‘Plank’s Law’ which started the idea that energy (released from black bodies) came in a particle, Quantum, form. Einstein then used Plank’s work to solve the photoelectric effect. Thus, with the help of many physicists over the years, Quantum Mechanics was born.

Yet these two theories (General Relativity vs Quantum Mechanics), both of which have been proven in theory and in practice, contradict each other, and simply do not mix.Why do these two fundamental theories not work together? To be able to understand why these two theories are not compatible with each other, we first need to have a reasonable grasp of the theories.

Relativity (both special and general):

Einstein’s two theories take on Newton’s Theories of Motion and Gravity, and ‘update them’ to ensure that they work at a larger scale.

Special Relativity in a nutshell is best described using the transparent train analogy: We have two observers, A & B. Observer A is on a transparent train, which is about to pass by observer B, holding a ball.  When Observer A drops this ball on the train, to him the ball simply bounces up and down with minimal sideways movement (fig 1.1). However, to Observer B standing on the platform, the journey of the ball is different. B can see A drop the ball; yet due to the movement of the train, he observes that the ball drops at a diagonal angle before going back to observer A (fig 1.2). 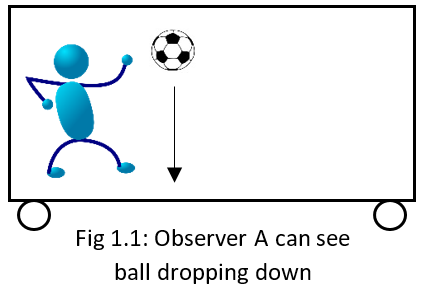 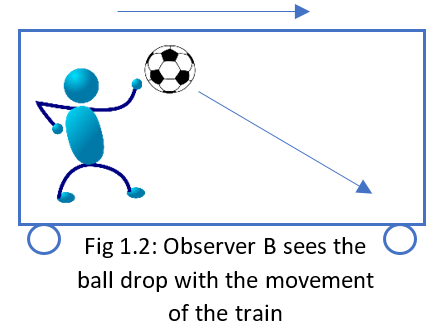 Special Relativity simply states that all motion is relative to each other, and is used in today’s world for GPS technology.

General Relativity, the theory that conflicts with Quantum Mechanics, is all about Gravity on a universal scale. In the theory, Einstein says that Space and Time are not separate entities, but are one 2D plane that the universe sits upon. The consequences of this can be see using the ‘duvet’ analogy: Imagine space-time is your duvet, on which you place three different balls. The first ball is a tennis ball (the Moon), when placed on the duvet you see that the sheet warps around the ball, turning inwards due to the mass of the ball. We then place a basketball (the Earth) the duvet warps more here, as the ball is more massive than the tennis ball. We then place a bowling ball (the sun) which warps the sheet more than the other balls combined, again due to its mass. This is exactly what happens in space-time, the more massive an object (massive meaning the amount of mass, rather than size), the more it warps space-time. (fig 2.1)  The warping of space-time has two different consequences. The first is that the warping is responsible for gravity, the more it warps, the stronger gravity. The second, the more massive an object is, the more it slows time.

This is due to space and time being one entity, and that a massive object distorts time. This can be proven using an atomic clock on the Earth and on the international space station. The clock on the space station is slightly faster than here on earth. Space-time is one continuous field, it has no breaks in its fabric and can be said to be one continuous sheet.

The warping of space time around a black hole is extreme, instead of a relatively small ‘dimple’ in space-time, the ‘dimple’ created by a singularity (an object that is infinitely dense and small in volume and is located at the centre of a black hole) is an infinite tunnel. 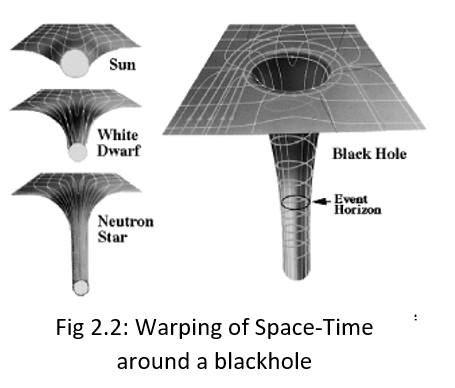 This is shown best in fig 2.2, the back-hole’s effect on space time is massive. The basics of a blackhole, is that all matter is ‘sucked’ into the singularity, and once past the event horizon (the point of no return) not even light can escape the blackhole. Once matter goes past the event horizon, it is no longer recoverable. All information about the matter (apart from momentum, mass and charge) is lost and can no longer be recovered.

General relativity does talk about other things (E=mc2 for example) but the key things we need to take from it are that: space-time is one continuous flat entity. And, that blackholes are extreme warping of spacetime, where all information about the matter that falls into it (disregarding momentum, mass and charge) is destroyed.

(This is covered in minimal detail here, due to the complexity of the subject, and the amount that needs to be said) 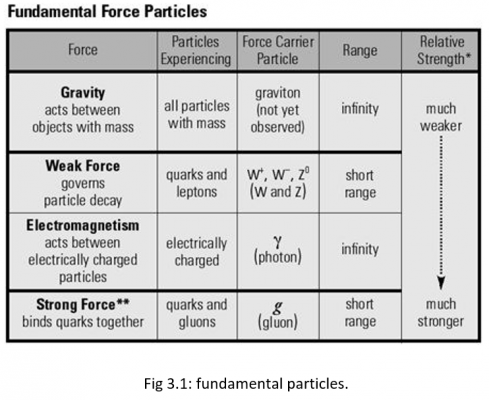 Fig 3.1 shows all the four fundamental forces and their corresponding force particle. Crucially these particles also work are waves; light can be a wave or a photon, and gravity can be a wave, proved recently after being predicted by Einstein 100 years before, and is theorised to act as a graviton.

Another main feature (and a topic that could be written about on its own) is the Uncertainty Principal. This states that the more accurately we measure the speed of a particle, the harder it is to measure its position. This can be shown through this analogy: a blind person has a system of working out how far away an object is. He throws a ball out, and counts how long it takes for the ball to come back. This allows him to work out where the object is. However, as he the ball hits the object in front of him, the object will move backwards due to the force of the ball. This is like the uncertainty principal, if we work of the speed of the particle, we are affecting its position. In the real world we are unable to know both due to us altering the position or speed of a particle, hence there is uncertainty. This means that on a quantum level, particles can easily fluctuate as there is a level of uncertainty about their location and speed. This can occur to such an extent that a particle can be in multiple places at once, but when observed it can only be in one. This means that space must almost be chunky in make-up.

Quantum Mechanics also involves the idea of time-revertability. It says that we can reverse time and the physical laws of the universe stay the same. This also means we can determine the ‘past’ from what we have available to us at the present and we are able to predict the future from what we already know. Quantum Mechanics requires time-reversibly to be upheld for it to work (this is due to the weak force and how it works in time-reversibility).

Quantum Mechanics covers a large basis of theories and ideas (Quantum Entanglement, other smaller particles, quarks, Schrödinger cat, quantum suicide hypostasis, many world theory etc). But at its heart Quantum mechanics requires that everything be made of a particle. That we cannot determine the speed and location of a given particle, and that time-reversibility be upheld. However, two of these points contradict General relativity.

There are two main conflicts between the two giants of the theoretical world of physics. The first is the structure of the universe, and second is the information paradox. General Relativity says that same-time must be a uniform sheet, while quantum mechanics says that it must be made of particles. Relativity also states that information is destroyed at the event horizon, while quantum mechanics requires it to be stored so that time-reversibility works. There is also a case that relativity only works in a large scale, and not on a small scale, and vice versa for quantum mechanics. In a nutshell, relativity requires the universe to be smooth and uniform, while quantum mechanics requires it to be chunky. But how can two theories (meaning they have been proven and work theoretically and practically) that have been extensively proven work together? This is the biggest question in physics for the few decades.

Physicists are looking for the so-called grand unified theory (GUT), a complete model of the universe that combines these two theories so that we have a definite model of the universe we can make predictions from. Many are working of ways to make these two theories work together, the most notable being ‘String theory’ and ‘M theory’ (both are which require 1-dimension shapes, and are unfathomable to be pictured in our 3D orientated minds, and therefore could be easily spoken about in a separate article)

However, with the new research into dark matter and dark energy could the model of the universe need changing again? Will we ever have a definite GUT or at least a quantum theory of gravity? These of the questions physicists of our generation will be answering, and it is the biggest challenge the subject must overcome before any definite model can be made.