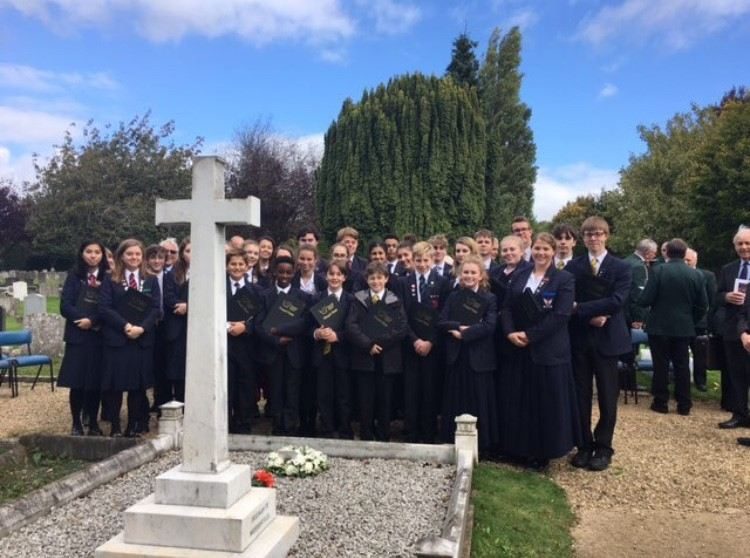 On Tuesday 26th September, Stamford Endowed Schools hosted The Band of the Irish Guards. The band are based in Wellington Barracks very close to Buckingham Palace, where they undertake most of their work which is ceremonial.

This was a prestigious event and being new to school this year it was a great experience and honour to play with such a high-level band with so much history. The concert was being held in memory of Sir Malcolm Sargent, as it is 50 years since he passed away; Sir Malcolm, an Old Stamfordian, was a world-famous conductor; particularly well known for conducting the Last Night of the Proms and it is said that he was very influential on the current structure of concerts.

The event started with an afternoon workshop which consisted of rehearsals with the band and the conductor who was very constructive and full of energy. I think this vibe that he was giving out, had clearly affected everyone and there were smiles all around. The Irish Guards were very helpful and communicative with the SES Concert Band members when we were seeing these music pieces for the first time. I was able to see music from a different perspective and witness people who really knew about their instruments; as if the instrument was a living part of them. Practice was from 2:30pm to 5pm but time really flew by – it definitely did not feel as long as 2 hours and 30 minutes.

A talk from the director of the Irish guards after our rehearsals on how to join bands like theirs was very intriguing along with questions from the concert members. There were many opportunities that came through playing in the band that I personally had never realised before – along with the huge importance of the bands; performing for the Queen, boosting moral for soldiers in war zones – the bands are very much the heartbeat of the British Army.

The SES Concert band members then enjoyed a meal with the Irish Guards in the dining hall before the Concert later that evening.

The evening concert was open to the public and invited guest and saw the priest form St George’s Church, the Mayor of Stamford and many more high-level guests attend to this significant event.

The combined bands played music pieces from across the United Kingdom, and as the evening went on the pieces circulated back to some more traditional music coming from England. The audience were lifted and encouraged by the enthusiasm of the conductor along with some of his jokes which entertained the crowd.

The overall experience of performing with The Band of the Irish Guards is one I will not forget. I’m sure that everyone had a meaningful and interesting time and I could not stop grinning when we stood and took the applause of the audience at the end of the concert. 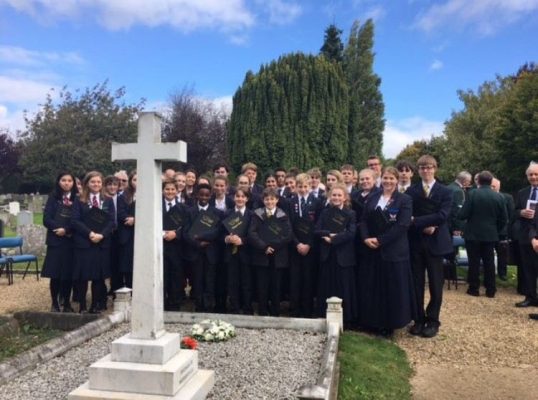