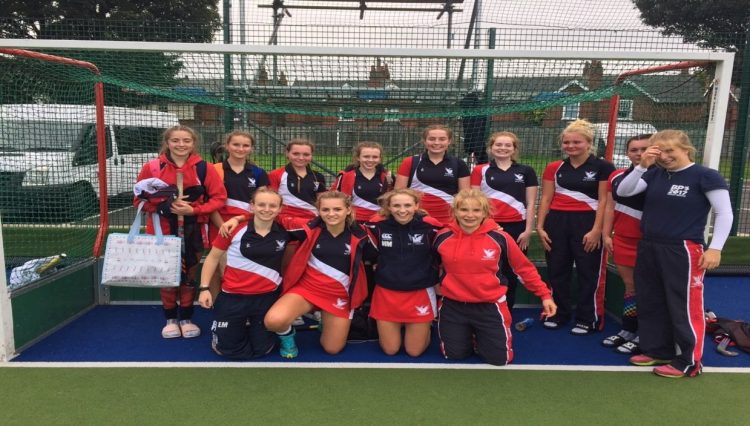 It was fantastic to see some more wins and draws from matches against Witham Hall, Bedford Girls School and Nottingham High School two weeks ago.  Highlights include great play from Jolie Mitchell-Clarke in the U13A team, resulting in Ms Smith’s decision to award her captaincy of the team this season. Izzy Sharpe also scored a hat trick in this game.

On her birthday U15B Captain Emily Ferguson led the team to an epic 7 – 2 win, goals scored by Charlotte Bender, Grace Keeling, Grace Lovett Brunt and captain herself Emily Fergusson, as well as a hat trick from Isabelle Hudson.

The U14 As managed to turn their performance around in the second half and credit must go to Imy Foster in goal and great composure on the ball from Sophie Reeves to score from a 1 on 1 with the keeper.  Last week the U14 and U18 teams were crowned county champions. The U18 team scored a total of 18 goals in just two games, whilst the U14s defeated LMS in a 6-0 win. Not a single goal was conceded by SHS in both rounds which is a great achievement.

On Saturday we hosted 13 Bedford Modern teams, whilst the U13A’s and B’s travelled to Bedford to compete in their tournament with both goal keepers Hannah Forrester and Evie Wordsworth gaining player of the tournament.

Significant improvement was made by the 1st and 2nd XI , in particular the 2nd XI showed much more discipline on the pitch with Liv Fairburn-Wright scoring their only goal in her debut game for the team. A special mention to Ellie Bingham, Lily Borley and Daisy Jowers for their game play in the 3rd XI and to Lucy Porteus who had a great game in goal for the U15A team whilst brilliant speed on the ball was shown from Sophie Reeves in the U14A.

Individual achievements over the last two weeks include -and congratulations to – Ellie Haughton in Y13 who is now the Midlands’ Girls U18 Golf champion.

A huge well done to Isabel Leetch (see below)  in Year 8 who came first in the Rutland youth and junior sailing championships.