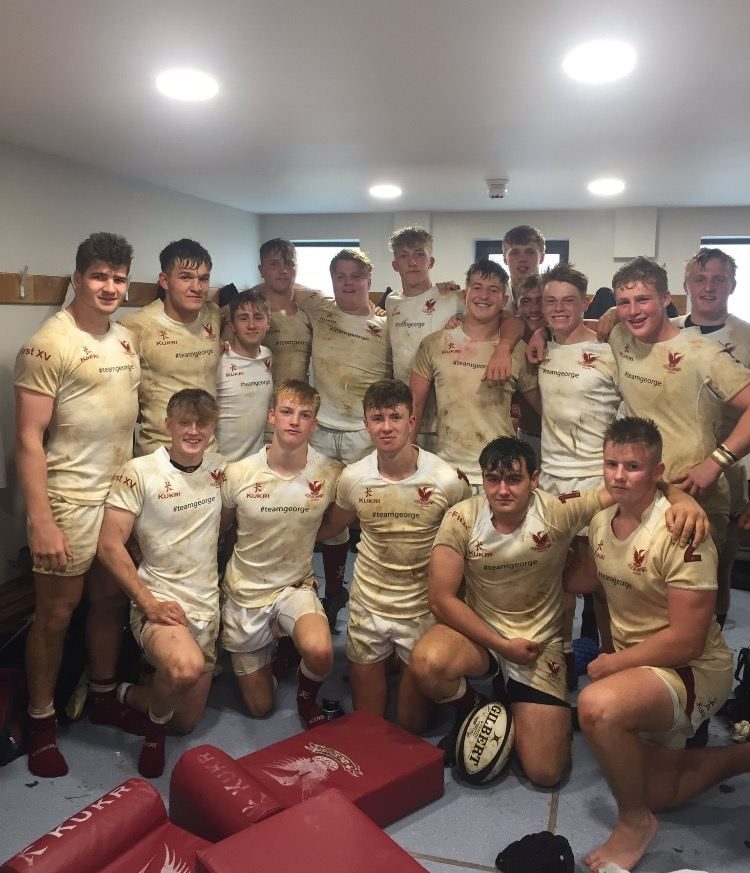 On Saturday 16 September 2017, Stamford faced Oakham away in a heavily anticipated local derby. Oakham’s season was already off to a flying start with a convincing win over Denstone college, whereas Stamford were looking for their first real test after a 78-0 win over Leicester Grammar last week. The tension built as the match drew closer with a general feeling that Stamford were the underdogs.

The morning was cold and wet. It was a true test of character to stay focused during pre-match practice. The game plan had to be altered to the conditions. The atmosphere in the changing room was immense and a quick talk from Mr Laventure and captain Monty Toseland left every boy with fire in their eyes. Stamford were out on the pitch first to be met by a full balcony and sideline of vocal supporters.

The whistle was blown, the wait was over and the clash began. The opening passages of play saw Oakham with all the possession crashing the ball onto the gain line over and over. However, Stamford’s defence was solid and the first points on the board came from a perfectly timed charge-down by Alfie Shaw (no5), which set the game ablaze. A coolly taken conversion by Tom Evans (no10) put Stamford 7-0 up.

The match continued to excite and the score-line stayed unchanged until Stamford were punished for giving away consecutive penalties. Oakham scored two well-executed tries before halftime, with the score now being 7-12. Stamford used the break to reflect on what was going wrong and how to improve. When the whistle blew to start the second half Stamford were ready. The level of execution went up. Oakham were starved of the ball and forced into making mistakes. Everything was coming together for Stamford but blistering breaks from Ed Cox (no7) and Pat Harrington (no13) failed to translate into points. It was only when Stamford’s set-piece overcame Oakham with a perfectly taken lineout and well formed mall that the visitors crashed over the try-line.

What followed was a relentless period of defending, as Oakham repeatedly smashed into the wall of white. Play reached 17 phases at one point and Oakham never got close to the Stamford try-line. All the hours of pre-season training were paying off and it seemed to be frustrating the opposition. The game stood at 14-12 in Stamford’s favour. The clock was running down. The atmosphere was more intense than ever – all Stamford had to do was keep the ball for the next 7 minutes. The play was slowed down. A final attacking flourish by Stamford saw a disallowed try, as the referee blew for an earlier infringement. The match ended with Oakham looking dangerous, with ball-in-hand, but a knock-on would seal the game for a now joyous Stamford 1st fifteen. The hard-fought game finished Oakham 12 Stamford 14.

All credit to Oakham for a highly-competitive match. 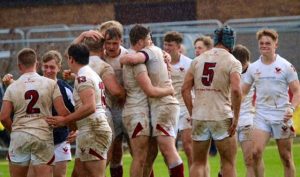